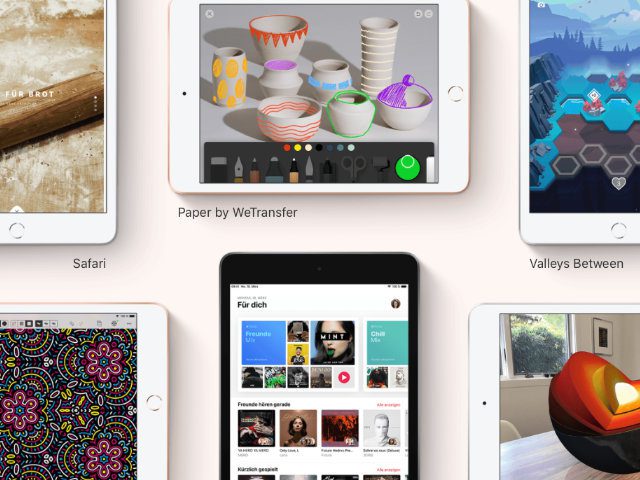 With the slogan "Made for big things.“Apple has released its new iPad mini with a 7,9 inch display. The Apple iPad mini 2019 is - just like the new iPad Air - equipped with an A12 Bionic Chip including Neural Engine. The screen is a Retina model with True Tone. In this post you will find all the important information, technical data as well as pictures and the price of the new, small Apple tablet summarized.

The new Apple iPad mini with 7,9 inch Retina display has an A12 chip and supports the Apple Pencil. Image: Apple

One week before the “It's show time” keynote, on which Apple's new subscription services are presented, the technology giant from Cupertino launched its new tablets. In addition to the Apple iPad mini 2019, a new iPad Air with a 10,5 inch display was also released. You can find both in the official Apple store.

Handy, light and equipped with iOS 12 - so you always have all the apps and services you need with you. Image: Apple

Of course, the iPad mini price also depends on the exact version. There is a choice of two storage sizes and features with WLAN as well as WLAN and cellular communications. In the following table you will find the corresponding prices, which are estimated by Apple as an RRP and in their own shop.

Ergo: The Apple iPad mini 2019 is 100 euros cheaper in each version than the corresponding Apple iPad Air 2019.