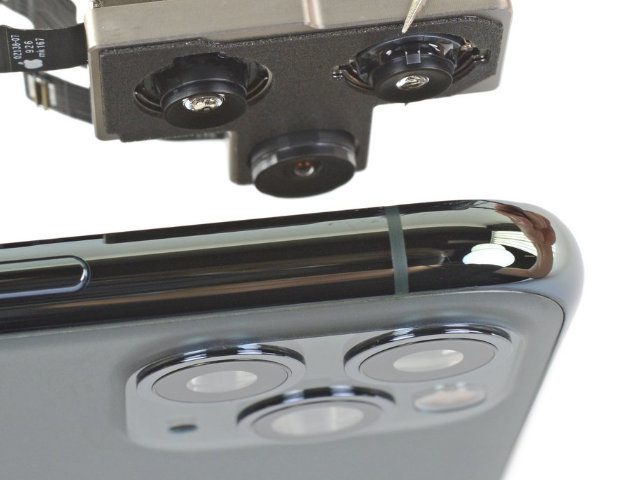 Over the weekend I saw iFixit have a iPhone 11 Pro teardown and one one iPhone 11 Pro Max teardown has put online. As usual, it shows in detail how you can take the respective smartphone apart and what you can find on it. The camera modules with the three lenses and thus also three connecting cables are interesting to see. In addition, the repair professionals at iFixit point out the L-shaped battery of the iPhone 11 Pro (Max) which also shows several connections - a very clear indication of the bidirectional charging feature, thanks to which, for example, the AirPods or the Apple Watch can be charged with the iPhone.

You can find the iPhone 11 Pro Max teardown with all the individual steps and numerous high-resolution photos with this link. Initially, an X-ray comparison of the models XR, XS Max and 11 Pro Max is shown, which shows not only the camera and battery but also other differences and adjustments. Then the new professional smartphone is opened and all kinds of known, revised and new individual parts come to light. The intelligent core, including the A13 processor chip, was again installed in two layers, which is quite impressive. 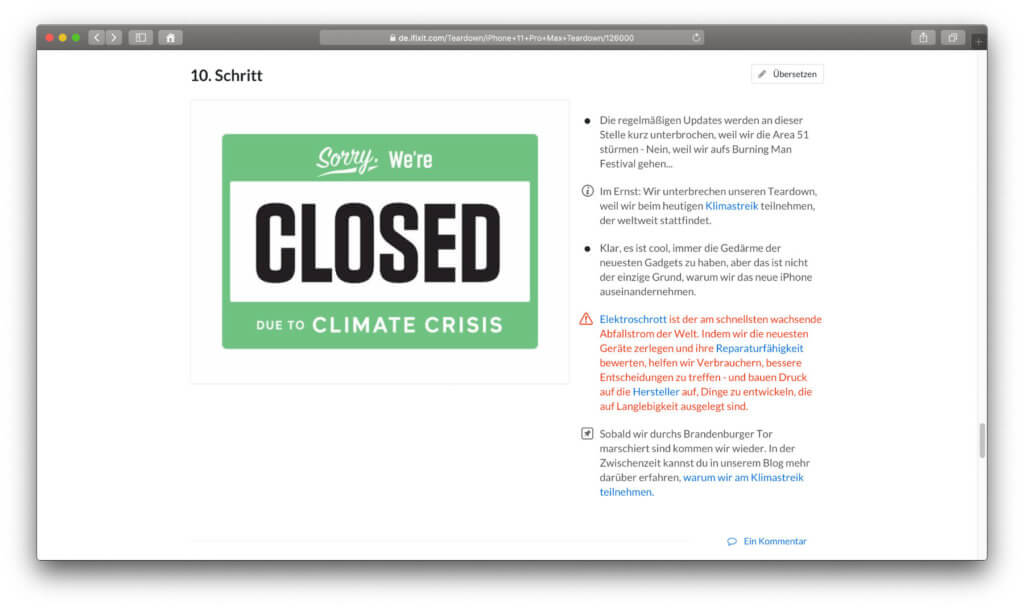 A breakdown of the individual chip components was only available in English at the weekend (at the top you can change the language using the country flag). Because the German translation was probably started on Thursday or at the latest on Friday - after step 9 of the iFixit teardown to the iPhone 11 Pro Max, the German translation was over. The reason was the global climate strike, and that too celebrated here in the blog has been. Over time, the component description will also come online in German.

iFixit shows the nominal capacity of the iPhone batteries

There was a surprise for me with regard to the batteries of the iPhone 11 Pro and 11 Pro Max. Not only that the bidirectional charging was confirmed; the exact mAh number was also revealed. In the truest sense of the word, since the number is on the battery. With the Pro Max it is actually 3.500 mAh instead of the previously assumed 3.969 mAh. With the "small" Pro model, I have to correct it down: from 3.190 mAh to 3.046 mAh.

With the iPhone 11 Pro Max, we see the most powerful battery in an Apple smartphone to date. An adaptation in mine Overview of the iPhone battery capacities I have already done. After further research, I also found a trustworthy source that not only shows the numbers confirmed by iFixit, but was also able to substantiate my information about the iPhone 11 battery. This means that the data in the overview is now available in its current form.