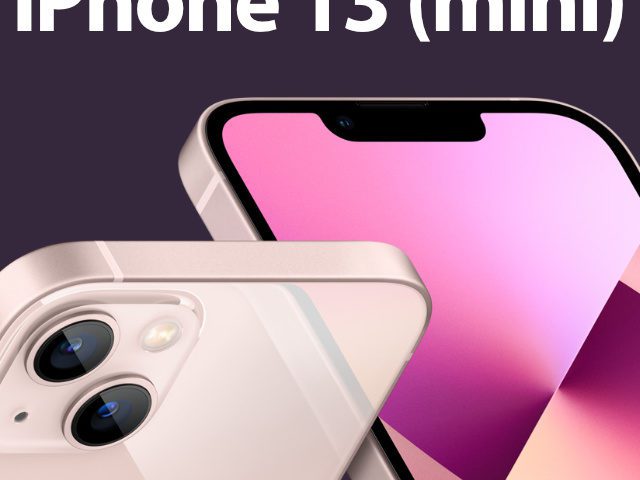 Apple presented the new iPhones yesterday as part of the annual September keynote. Before it came to the Pro models, there were iPhone 13mini and I baked the iPhone 13 in the spotlight. These two models not only have the A15 Bionic installed as a System on a Chip (SoC), but also have larger batteries than their predecessors, the iPhone 12 mini and the iPhone 12. The revised camera system with wide-angle and ultra-wide-angle lenses in a diagonal arrangement also provides new possibilities, especially with the new features of iOS 15. Below you will find the technical data, prices and further details on the iPhone 13 mini and iPhone 13th

Here you will find the most important technical data of the iPhone 13 and iPhone 13 mini from Apple. The A15 bionic chip, the cinematic mode for the dual camera, the 512 GB memory size and other specs and features are new.

As was the case last year, here is a summary of the most important technical data from the data sheets for the two "standard" versions of the new Apple smartphone. This gives you a quick and easy overview of dimensions, weight, display and resolution, chip, cameras, connectivity and Co.

The cinematic mode in the camera app on the iPhone 13 models ensures that the focus can be switched between foreground and background - for cinema-like effects.

The Apple iPhone 13 and the Apple iPhone 13 mini both offer a larger battery than the predecessor of the 12 series from 2020. As part of the September keynote in 2021, it was noted that the interior of the smartphones was completely redesigned to accommodate the larger one To accommodate the battery. In addition to the larger battery, the better energy management of the A15 Bionic Chip also ensures energy-saving use. Last but not least, the OLED display also plays its part. In the end, the iPhone 13 mini should last up to 1,5 hours longer on a single charge. The iPhone 13 should be able to operate 2,5 hours longer.

New charging technology was not presented. While Xiaomi is currently promoting its "Hyper Charge" technology, Apple does not seem to have made too much progress in this area. The new iPhones can charge up to 20% battery within 30 minutes using the quick charge function with a charger that delivers 50 watts or more of power. Wireless charging using MagSafe technology is possible with up to 15 watts. The wireless Qi technology only brings half, i.e. 7,5 watts. Apple has not revealed what capacity in Wh or what nominal capacity in mAh the batteries have. A teardown (e.g. from iFixit) will have to show that.

Narrower notch, but no satellite telephony

In the last weeks and months before the Apple September Keynote 2021 there were numerous rumors about the new iPhone. Among other things, there were rumors that the iPhone 13 equipped with satellite radio should be. A Qualcomm X60 chip should be used for this and the Low Earth Orbit (LEO) radio bands should be supported. Alone, there was no mention of that yesterday.

But what has been confirmed is the narrower notch. The camera and Face ID strips on the upper edge of the display are now 20% narrower than on the models since the iPhone X. All further details of yesterday's Apple Special Event can be found here: Apple September Keynote 2021 - iPhone 13, Apple Watch Series 7 & new iPad models.

If you already have an older iPhone, for example an iPhone 12, you can trade it in when you buy a new Apple smartphone. For example, if you want to exchange your iPhone 12 mini for a new model from 2021, you will receive up to 415 euros in credit. The iPhone 12 Pro Max brings you up to 715 euros. But even older models back to the iPhone X and iPhone 8 from 2017 ensure that you can achieve a credit in the three-digit range. You can find the selection of your current model for trading in when buying a new iPhone on the purchase page in the Apple Online Store.

You can find the iPhone 13 and iPhone 13 mini in action in the official "Introducing" video. This was shown during the “California Streaming” keynote on September 14, 2021, but is also available as a single clip via the link shown. You can also watch the video in the player embedded below.