Apple iPhone SE 3 - Everything We Know So Far 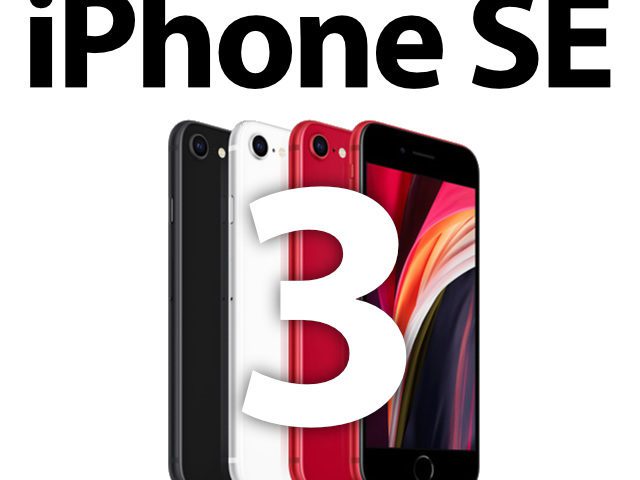 According to current rumors, there will be a new Apple iPhone SE in the first half of 2022. After the models from 2016 and 2020, that would be the third generation of the budget smartphone from Cupertino. The Apple iPhone SE 3 is supposed to certain market forecasts can ensure that up to a billion Android users switch to iOS (or that many devices are replaced by fewer users). The reasons for this are said to be the A15 Bionic Chip, the possibility of 5G use and the comparatively low price. What else is there for (speculative) information, I have summarized for you here.

The USP of the budget iPhone: 5G cellular

Before it comes to the design, hardware and camera of the iPhone SE 3, let's first take a look at one of the most important points of sale (in addition to the latest technology at a lower price): 5G mobile communications. Because the predecessor from 2020 only brought cellular compatibility up to a maximum of 4G LTE. But anyone who wants to benefit from 5G - and that with a compact smartphone that is not the iPhone 13 mini - could be happy with this. 5G is also one of the points that goes into the considerations mentioned at the beginning about switching Android users.

The new SE model among Apple smartphones should, as before the second generation, based on the design of the iPhone 8. Instead of a notch and Face ID, there should be a home button with Touch ID. The display should also have a diagonal of just 4,7 inches. Earlier rumors, on the other hand, assume a 5,5-inch display and Touch ID on the side button. However, it is rather unlikely that Apple will first introduce this technology, which is new for iPhones, in the SE model.

SoC and storage options of the iPhone SE 3

The iPhone SE from 2016 had the A9 chip installed, the iPhone SE 2 from 2020 got the A13 Bionic Chip as a "System on a Chip" (SoC). The new budget model among Apple smartphones could accordingly also receive the last Apple Silicon presented, that would be the A15 Bionic Chip. This is used, among other things, in the iPhone 13, the iPhone 13 Pro and the iPad mini (6th Gen). How big the RAM will be can only be rumored - teardowns after the release should provide information. The storage for data could start at 128 GB and also offer an option for 256 GB.

There are hardly any analyzes, rumors or leaks from the production chain about the camera. It can be assumed, however, that it is based on the main sensor of the iPhone 12 and will therefore have 12 MP again. There will likely only be one sensor and therefore a camera lens on the back. The front camera could also get 7 MP instead of 12 MP this time. Since recordings in 4K were already possible with the predecessor with the main camera, the focus could now be on the software, for example for cinematic mode, night photography and the like.

The price: what will the iPhone Special Edition cost in 2022?

Despite the current chip, perhaps larger memory and compatibility with 5G cellular networks, the iPhone SE 3 could become one of the cheapest. Since its market launch, the predecessor has cost 479 euros (64 GB) and 529 euros (128 GB) on the Apple website. In US Sources a price of around 399 US dollars is assumed for the new device, which in this country would mean a price of over 400 euros. Compared to equivalent Android devices and other iPhones with the latest technology, this is not bad. Especially since there will again be offers with a mobile phone contract and a small additional payment.

What do you think about the topic? Do you know any other rumors about the new iPhone SE 3, which will be launched in the first half of 2022? Then leave a comment!