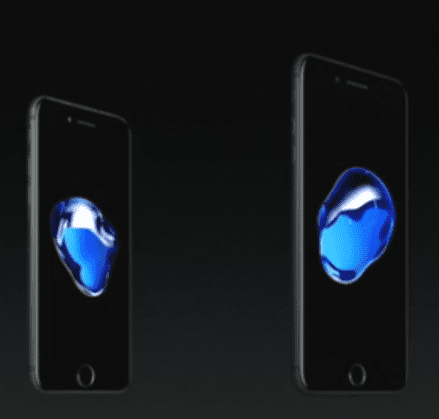 Today, on September 7th, 2016 took place the long-awaited Apple Keynote takes place, which brings out a new iPhone every September. This time we got the Presentation of the new iPhone 7 look at. In addition, new headphones that AirPods, the Apple Watch Series 2 and I baked the iOS 10 presented as well as shown in their functionality. I wrote down some data and facts during the event and put them together into an article for you. So you can already now, shortly after the Apple Keynote 2016, view everything important in writing. That includes that Data sheet of the iPhone 7.

Note on the screenshots: It is not a new "broadcast", but individual images (made in the name of Sir-Apfelot.de). Therefore, the initial warning (see picture) and the underlying copyrights of Apple are not violated.

iPhone 7 Specs: Features and Performance of the New iPhone

iPhone 7 Plus data sheet: Features and performance of the "big brother"

iPhone 7 Plus data sheet straight from the Apple Keynote 2016

Pre-order and buy the iPhone 7 / Plus

You can pre-order and buy the iPhone 7 soon. IPhone 9 and iPhone 2016 plus can be ordered from September 7, 7. Delivery will start on September 16, 2016; Also in Germany. The new iOS 10 operating system will also be available for older devices from September 13, 2016.

Chronological reproduction of the Apple Keynote 2016

Of course, the event didn't start with that iPhone 7 or the 7 iPhone Plus. First, some updates were tackled. Among other things was Apple Music addressed, which according to Tim Cook "THE place for new and established artists is to showcase their new work" (analogous). Then it was also about that App Store. So far, more than 140 billion apps have been downloaded there. In addition, the App Store makes twice as much sales as the direct competitor, which of course meant Google's Play Store with its Android apps. However, the game will be brand new in the App Store Super Mario Run .

Super Mario Run as an iOS app from Nintendo

The game was presented directly by Mario's "father", Shigeru Miyamoto. It's after Pokémon Go (more on that later) Nintendo's second foray into the cellular phone market. The company seems to have slowly tasted blood; and Apple becomes an exclusive partner with the new Super Mario Run app. The highlight: the game can be controlled with just one hand.

With "Toad Rally" there is a new battle mode. Here you compete against friends or other players around the world and try to crack their high scores. The corresponding opponent is also displayed so that the individual performances can be compared directly. In this mode you have to collect coins and mushrooms. The app will be offered at a fixed price, with no in-app purchases or subscriptions.

With iWork documents can now be designed by several users at the same time. This was demonstrated live at the Apple Keynote 2016. New slides, graphics and text have been added to the presentation used at the event. Several people worked on the same slide, sometimes at the same time. In connection with the presented funding program ConnectED, this can lead to completely new working methods and faster group work results in classrooms.

ConnectED makes education easier. In addition, Apple's Swift programming language will be taught in over 200 schools around the world from the fall. Maybe also via iWork

If the SOS button is pressed, you are immediately connected to the typical emergency call center in Germany with 112, in America with 911. In addition, a message is sent to a previously specified contact, which also contains the current GPS data. In addition to this function, which hopefully does not have to be used, there is also "Breath“, A function that reminds the user once or several times a day to take a deep breath and briefly escape stress.

In addition, many new apps can be used under watchOS. This also includes games and other elaborate programs that work particularly well in the Apple Watch Series 2. In addition, the data from Activity, that is, sports values ​​are shared with others. So you can motivate each other. AND: Writing messages is now also possible with finger movements on the Apple Watch display - a great innovation, I think.

Pokémon Go is coming to the Apple Watch

Coupled with fitness values Pokémon Go is coming to the Apple Watch. In addition to the kilometers run, the calories burned are also displayed. And if you run, your Pokémon eggs will hatch faster. The quick and easy operation of the Pokémon Go app on the Apple Watch Series 2 and the notifications you get when Pokémons or Poké stops nearby ensure that you pay more attention to your environment instead of the display.

A few more details about the app:

While the Apple Watch Series 1 was only splash-proof, the new Apple Watch of the second generation is now waterproof. Up to 50 meters deep should withstand the case. A number of structural hurdles had to be overcome. The biggest of these: the loudspeaker. This now also fills with water, but empties itself by vibrating the membrane.

The Apple Watch Series 2 is waterproof. The speaker drains itself.

The watch has been specially developed for swimmers. A number of tests were carried out. These should not only guarantee that the watch will remain waterproof even after regular swimming. The training values ​​and the calorie consumption should also be optimally adapted to swimming. This was done cooperates with 700 swimmersall of which brought with them different core values.

Incidentally, the power in the new Smartwatch from Apple comes from another second generation; namely from 2nd Gen SiP (System in a package). This next-generation chip-shaped mini-computer has enough power for the new areas of application. In addition, the display has been renewed and is now twice as bright as in the Series 1. And: GPS tracking via Apple Watch is now also possible. This is particularly interesting for navigation or for joggers.

Speaking of the race: The new Apple Watch has a few extra sporty models in cooperation with Nike. The Apple Watch Series 2 Nike + brings along, among other things, a bracelet developed for joggers and sprinters. In addition, a new race can be started directly via Siri. Individual values ​​can be displayed maximized on the screen so that you don't have to search for a long time during the race. And special Nike content is shared on the watch.

A few more comments about the Apple Watch Series 2

Beauty combined with strength: Apple Watch Series 2 made of ceramic

The new operating system for the iPhone: iOS 10

Let's close the bow again and come back to the iPhone 7. This of course comes with a new operating system, the iOS 10. This lets the iPhone, for example, "wake up" when you lift it. In addition, will Crab made available even better for developers and thus integrated into third-party apps. Maps iOS has also been made better, you can now make reservations and order taxis or Uber.

Besides, that is HomeKit better integrated in iOS. That means you can be now whole Control your smart home with your iPhone. In addition, there is a partnership actively operated by Apple with all leading manufacturers of smart home technology (see picture with the brand names). Users should also click the label "Capable with Apple HomeKit“Pay attention when purchasing smart home equipment in the future. A smart move from Apple; and there should already be more than 100 products.

iPhone 7: Lightning instead of jack connector, but adapter included

I already noted something about the iPhone 7 (Plus) and the data sheet of the two devices at the top. The new manufacturing process and the new matt black model were also highlighted and described at the keynote. Also, the rumors that it was confirmed were confirmed no more jack connection should give. There are now every iPhone 7 (Plus) Lightning headphones at, but also a Adapterso that the handle can still be used.

The Lightning jack adapter is included with the two new iPhones - anything else would certainly have led to a shit storm. ;)

However, the main reason for eliminating the jack connection was also given. The goal was namely to create space for the extensive new technology that is required nowadays in smartphones, especially in the new iPhone 7 and iPhone 7 Plus. A large component that can only be used for one function would be out of place and no longer up-to-date; Lightning is more space-saving and can be used more universally. Personally, I think it's good that Apple is daring to take this step. That's exactly what Apple is all about - they sometimes dare to cut off old braids.

Speaking of audio: from the end of October it will also be the audio Apple AirPod headphones give. These are wireless and have a lot of technology. The small headphones each contain a battery, an antenna, a microphone and the first Apple W1 chip, which, among other things, regulates noise reduction. But Siri can also be selected by tapping the headphones twice - the processor makes it possible.

Apple AirPod: Wireless headphones with lots of technology, their own processor and mobile charging station

Each headphone can be used independently of the other. Incidentally, an infrared sensor determines whether the headphones are in the ear or not - so the sound / music is automatically switched on and off. The The battery capacity per headphone is 5 hours. Used as a hands-free device and only one in operation at a time, you are supplied for 10 hours. However, the Storage box as a charging station can be used - it lasts up to 24 hours of power. According to the German Apple website, the price for the wireless headphones is 179 € - pretty much "full" for wireless headphones. But if they are really as easy to use as advertised, then it would be worth the price to me.

Conclusion on the Apple Keynote 2016 with the iPhone 7 (Plus)

The new A10 Fusion processor is 120 times faster than the processor in the first iPhone. In terms of graphics performance, the iPhone 7 is a whopping 240 times faster than Apple's first smartphone. Among other things, this ensures that the new devices can not only take RAW photos, but that the user can also edit them with Adobe Lightroom - on the iPhone! As always, the motto is: this is the best iPhone ever!

By the way: This year's music act at the end of the keynote was "Sia" - not quite my cup of tea, but AC / DC probably couldn't win them over to the keynote. ;-)