Apple Keynote in March 2020: This is what the rumor mill says (summary) 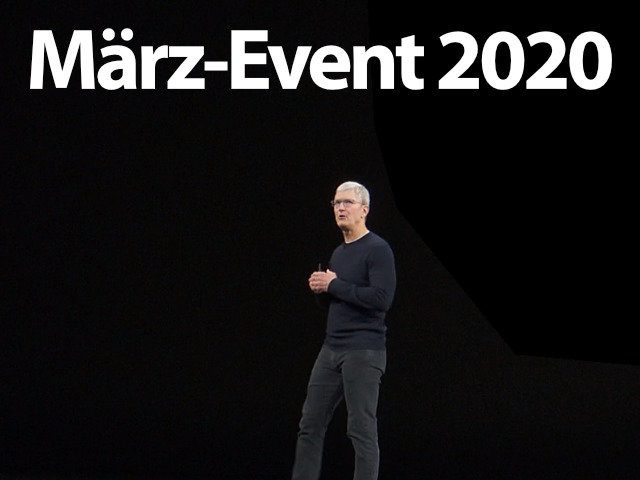 Before the WWDC 2020 there should be a keynote from Apple, on which new devices are presented. Among other things, the iPhone SE 2 (or iPhone 9) as a new budget device from Cupertino could be there. According to some sources, the date for the next Apple keynote has already been set: Tuesday, March 31, 2020. From the following Friday, April 3, the new iPhone and any newly introduced models of iPad Pro, Apple, should be available TV and iPod touch are already available for purchase. What other rumors and leaks are in circulation, I have summarized for you in this post.

The next Apple Special Event could take place on March 30th or 31st, 2020. Expect the iPhone SE 2 (or iPhone 9), a new iPad Pro, AirTags, over-ear headphones, a new Apple TV box and more!

The Tuesday given above is just one possibility for the next Apple Keynote around the iPhone SE 2, iPad Pro and so on. Of course, we have already seen Apple special events that take place on Mondays, and therefore March 30.03.2020th, XNUMX is also conceivable. At least the iPhone ticker is convinced that an event with product presentations will be held by Apple at the end of next month. in one Post on the subject it says:

We obtain this information directly from the Apple environment and have no reason to doubt its reliability.

Unlike last year, when Apple's March keynote was mainly about services, this year the focus will be on end products. There have been rumors for a long time about the “iPhone SE 2” (which could also be called “iPhone 9”) and the new iPad Pro. I have already summarized the most important rumors and dates for both of them here: iPhone SE 2 and iPad Pro won't come until early 2020. For the new iPhone with 4,7-inch display, it is said that the price is around 400 euros. In a Entry from Giga 470 euros are assumed. In any case, it should be a “cheap” smartphone by iPhone standards.

IFun is looking forward to further possible presentations here. a. An extensive listing of new Apple devices is said to have taken place at the US retail chain “Target”. Below that are the following entries without exact specifications or pictures:

Rumor has it that the new AirPods for just under $ 400 are over-ear headphones. Apple would be in direct competition with its own Beats brand - but hey, then at least the Apple logo is on the headphones: D A new Apple TV box also seems logical, the latest model comes from 2017. What it does dealing with the new iPod touch is hard to say. After all, the current model didn't come out until the end of May 2019 (here is the report from that time). The listed iPad with 10,5-inch display could be a new iPad Air.

Even more possible new devices lists meanwhile the US-American specialist website iMore. In addition to updates for familiar devices, there are also two new features. With AirCans are meant the Apple over-ear headphones, which are named above as "Apple Airpods (X Generation)". Then there are the AirTags. The so-called AirTags are small tracking devices with which objects can be equipped in order to locate them via the "Find My" network, which was presented at WWDC 2019. It is questionable whether the AirPower mentioned at iMore, i.e. a charging mat for wirelessly charging Apple devices, will make a comeback.

There are a few rumors in several places regarding new MacBooks. Sometimes it is said that the 13-inch device should come with an improved Magic Keyboard. And one day all current Pro and Air models should get an update. That would include the 16-inch MacBook Pro, a possibly newly introduced 14-inch model, and maybe even more. However, it is also possible that the Apple Mac will not be mentioned at all at the special event on March 30 or 31, 2020. These are still all rumors and speculations;)

Apple Special Event not yet confirmed in March 2020

The date discussed here and the related products have not yet been confirmed by Apple. On the relevant website https://www.apple.com/apple-events/ there is still no notice, no invitation and no information about the stream yet. However, if Apple's March event takes place, which is actually expected, there will certainly be a live stream again, which can be followed on the Apple website and - as in September 2019 - on YouTube. I will of course have a look and then report back to you as soon as possible about what there was to see. Like last year in March, for example Apple News +.