Apple chooses Apps of the Year and announces Music Awards

While the hardware events from Apple are felt to be fewer, the technology giant from Cupertino is increasingly concerned with media and streaming. As already shown here, Apple used yesterday to choose its apps of the year 2019. It was also announced today that the first Apple Music Awards will be held on December 5th at 3:30 am CET. In this post you will find a summary of all information about the individual reports as well as the official sources.

Apple selects apps and games of the year 2019

Apple has not only selected the best apps and games for a specific system or device type, but also an app and a game for all systems: iOS, iPadOS, macOS and tvOS. In addition, for the cross-device service Apple Arcade selected the “game of the year”. You can find the winners below.

The Apple TV app of the year aims to take stock of the earth through photos and videos. The Apple TV Game of the Year reissues an 80s classic.

Apple Arcade Game of the Year

Sayonara Wild Hearts by Simogo was featured in a big way at the start of Apple Arcade. Now it's the game of the year 2019.

With the Apple Music Awards, the iPhone manufacturer wants to honor those musical artists in two days, "who have a real passion for their craft, who bravely defy the conventions in this category and have that certain sense of humanity, where the audience is equally drawn to the personality and the music". But it won't be too exciting or large-scale. After all, the few winners have already been determined:

This is what the Apple Music Award looks like in physical form - it includes a 12-inch disk made of silicon.

The most extensively honored artist with the Most Played Album of the Year on Apple Music, Billie Eilish, will also play a concert at the 2019 Apple Music Awards. The whole thing takes place in the Steve Jobs Theater in Apple Park in Cupertino. The worldwide live stream can be followed in this country from 3:30 a.m. on December 5, 2019. You can find more information as well as pictures, statements and other details from the artist, the price with its 12-inch silicon wafer and statements from Apple itself in the official press release. 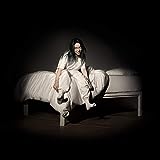