Apple lexicon "Mactracker" up to date 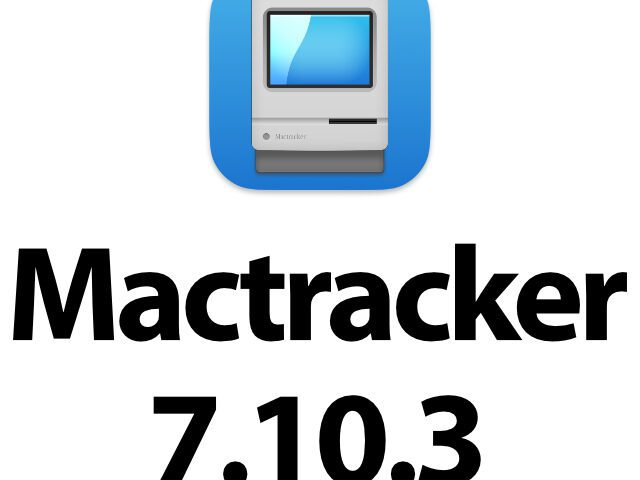 Mactracker 1 is compatible with M7.10.3 Macs as well as with additional Apple devices in the database. The current version, which was released free of charge by developer Ian Page for macOS, iOS and iPadOS, is now not only compatible with all platforms. It also brings information on a now forgotten piece of Apple technology. The “iPhone Bluetooth Headset” came onto the market with the first iPhone in 2007 and was offered until 2009. Now you can find it in the Mactracker app along with the information that it weighs 6,5 g and was available for 79 euros.

Version 7.10.3 of the free Mac app Mactracker has been made compatible by developer Ian Page for Mac models with an M1 ARM chip.

Mactracker 7.10.3 as an update for the free lexicon

What Mactracker is in detail and how you can even use it to pack your own Apple devices into an overview, I already told you in 2017 in the post linked here shown. In between it was a bit quiet around Ian Page and his app. However, there was a small comeback in 2020; Gradually, the Mactracker app was filled with new information and the software was updated. There was also a post on this here in the blog: Have a look here. With Mactracker version 7.10.3, the lexicon with everything you need to know about Apple devices should now also run stably on Mac models with “Apple Silicon”, ie ARM processors. Feel free to leave a comment with your experiences;)

Bluetooth headsets were a symbol of business, productivity and hands-free telephony in the early 2000s. Not far from it are the completely wireless Bluetooth headphones, which are now widely available. Whether AirPods, AirPods Pro or earbuds from other manufacturers, basically everything started with the telephony aids, which were usually only made for one ear. The “iPhone Bluetooth Headset” falls into this type of product. You can find it in the updated Mactracker app in the category Audio between the “iPod Hi-Fi” system from 2006 and the “AirPods (1st Generation)” headphones from 2016.

One of the innovations in the content of the free Apple device encyclopedia is the information on the iPhone Bluetooth headset from 2007.