Apple macOS High Sierra: Why you should wait with the update ... 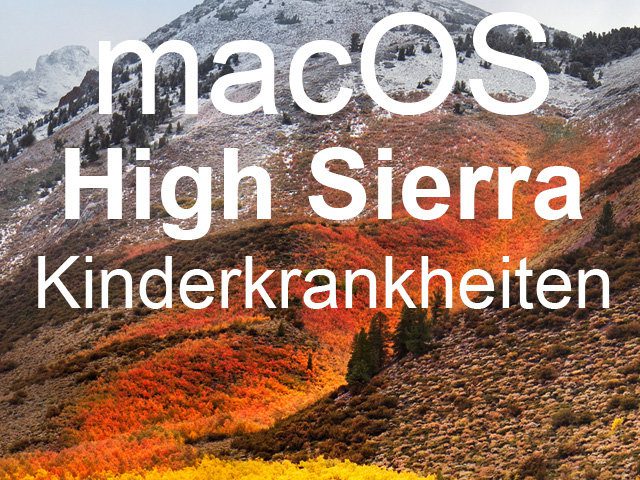 Since September 25, 2017 you can get the upgrade to macOS 10.13 High Sierra for the Apple Mac, iMac and MacBook. The new operating system brings many advantages, a new one and above all faster file system as well as other innovations. However, there are also some teething problems and security loopholes. Some companies and software manufacturers therefore (still) advise against updating to macOS High Sierra. In this post, I'll list where the problems lie.

Upgrading to Apple's operating system macOS 10.13 High Sierra can cause problems with some apps or accessories. Main reason: the new file system to which drivers and codes have to be adapted.

Companies do not recommend upgrading

The blame for the current teething problems and problems with Apple's macOS 10.13 High Sierra can certainly be divided into many sides. On the one hand, some developers and accessory manufacturers have simply not managed to adapt their software or drivers to the new system (released in numerous betas). On the other hand, security gaps have emerged that Apple could probably have prevented at the factory. Anyway, there are some companies that advise users not to update to macOS High Sierra shortly after the release:

Anyone who uses the password management help "Keychain" (Info page from Apple) uses to manage his access data on the Apple Mac, which should perhaps also refrain from updating to the new macOS 10.13 operating system. As Patrick Wardle, a developer for Mac security tools, in one post announced, the data can be read from the keychain. In addition to access data such as user names and passwords, other confidential information such as PIN or credit card numbers can also be stored in the “container”. And all of this could theoretically be copied out as plain text under macOS 10.13 High Sierra.

Problems with or without Fusion Drive

Fusion Drive refers to the connection of two hard disks, primarily an HDD with an SSD. This feature is not yet supported with the current, first version of macOS High Sierra. However, the Dutch side did iCulture published an email from Craig Federighi announcing an update for macOS High Sierra with Fusion Drive support. The problem with Fusion Drive is also due to the new AFPS file system. However, if you use a beta, you can switch back to HFS +. Apple explains how this works here..

Worth reading: Which Mac models are compatible with macOS 10.13?

Time Machine brings you back to Sierra and Co.

After updating to macOS High Sierra, do you have massive problems with a App or an accessory? Can't you wait for an update from the manufacturer and isn't there a workaround for the problem? Then you'll probably have to put yourself in a time machine and revert to a previous version of the operating system. It is of course an advantage if you have made a backup with Apple's Time Machine. 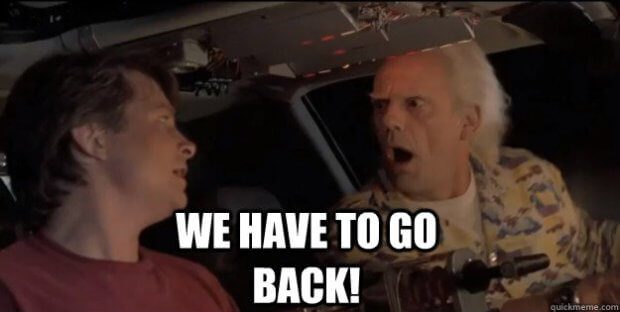 Did you make a backup with Time Machine before the update? Well, then you can switch to a previous system and later back to the future;)

I already have you covered how you can upgrade to High Sierra in this post shown. In it I also emphasized that you should always make a backup of your data and preferably a system image before upgrading the Apple operating system. If you have followed this advice and there is a system backup in Time Machine, you can revert to the previous system version. How it works? You read that at Apple support to ;)

Compatible with High Sierra and in the Cyberport SALE: Apple MacBook Pro 2017 15,4 ''