Apple: MFi program for the certification of iPhone, iPad and iPod accessories 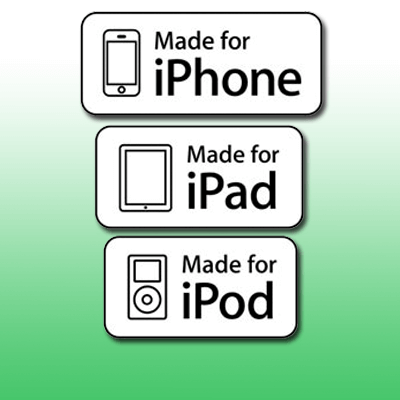 The abbreviation MFi from Apple stands for "Made for iPhone / iPad / iPod" and refers to accessories that can be used with the mobile devices from Cupertino; like Lightning cables. If a cable or gadget is made for an iPhone, iPad or iPod and is not MFi-certified, the device can be damaged, according to Apple. That is why MFi certification is very important for developers of devices as well as HomeKit gadgets and systems.

Made for: Apple says that not every accessory fits every device

There are a lot of accessories and gadgets that can be connected to the iPhone, iPad and iPod, including several cables that are simply intended to replace the ones included in the scope of delivery. According to Apple but not all accessories on the market are really compatible with every model of iPhone, iPad or iPod, which is why the MFi program was introduced. In addition, only products with MFi certification should offer security for Apple devices.

Here I would like to briefly show you the milestones of the MFi program so that you can see how it has developed. I am abstaining from one opinion here - quality and market restrictions should be contrasted with each other when forming your own opinion.

As Apple shows in its official support area, some problems and dangers can arise if you do not use the original Apple-certified accessory systems, cables and the like for your iPhone. According to Apple, the problems include (the list is quoted):

This is how you recognize original or fake MFi Lightning cables

According to the support page, Lightning to USB cables for the iPhone and other devices are not only about 18 cm long, but also have the words "Designed by Apple in California" followed by a reference to the country of manufacture and a 12- digit serial number. In addition, the MFi logo can be seen on the packaging, which distinguishes the cable (or gadget) as Made for iPhone. 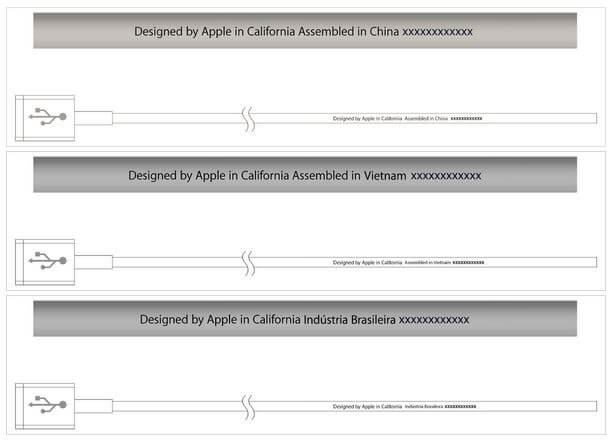 You should also pay attention to the appearance / workmanship of the Lightning connector. If you want to learn more about it, I recommend the Support page HT204566 from Apple. There you will not only find important information in writing, but also a number of images. If I were to take screenshots of each of them, I would have copied the whole page at some point;) So just click on it.

At Sir-Apfelot.de you can find a lot of information about the Mac, iPhone, iPad and iPod as well as other Apple devices and important topics related to the Cupertino group. Currently and until February 15, 2017, it is still running in here Raffle, where you can win accessories for the iPhone. Take a look and look for iPhone accessories or a power bank with 10.000 mAh :) You will also find news about Apple, reports and in this blog Tests on accessories like headphones and cases / covers as well as posts too Nerd stuff and everything else that has to do with technology.