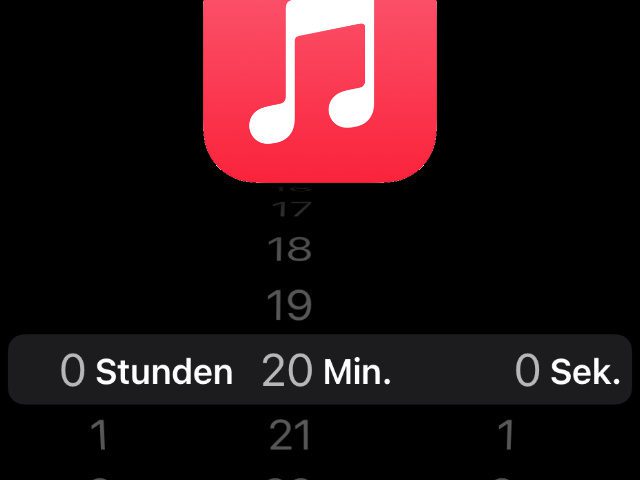 Do you also like to listen to music, audio books or radio plays to help you fall asleep? Then you probably know the problem that some apps do not offer an automatic switch-off. I recently searched in vain for a sleep timer or a similar option in the Apple Music app on the iPhone. Alone, I did not find her. After a bit of searching in the settings and in other apps, I discovered the option Apple had proposed to stop playback. In this guide you will find the instructions for using a sleep timer for the Apple Music app.

Apple Music App: Where's the Sleep Timer? Are you looking for the automatic shutdown of the music app on the iPhone? Here are the instructions so that you can use music, radio plays and audio books to fall asleep.

Use sleep timer for the Apple Music app: Here's how!

As I said, Apple Music on the iPhone does not have its own automatic switch-off for stopping playback of music, audio books or radio plays. Therefore, you have to go through the clock app on the iOS device. In addition to the world clock, alarm clock and stopwatch, this also offers a timer - and this comes into play in the case described:

At first I was disappointed that Apple did not integrate an automatic switch-off into the Music app. The outsourced timer option makes sense to me, however, as it can be used not just for one but for all apps. If, for example, the options for stopping playback in other music apps are too rough for you (15 minutes, 30 minutes, 60 minutes, etc.), then you can set up an individual sleep timer in the clock app to the second - regardless of whether Apple Music, Amazon Music, Deezer, Spotify, YouTube or Apple TV.

Here I have summarized the screenshots for you to use. So you can see exactly where you have to tap to set up the automatic shutdown for audio playback on the Apple iPhone. Note: The screenshots were taken under iOS 14.6 on the iPhone 12 Pro. 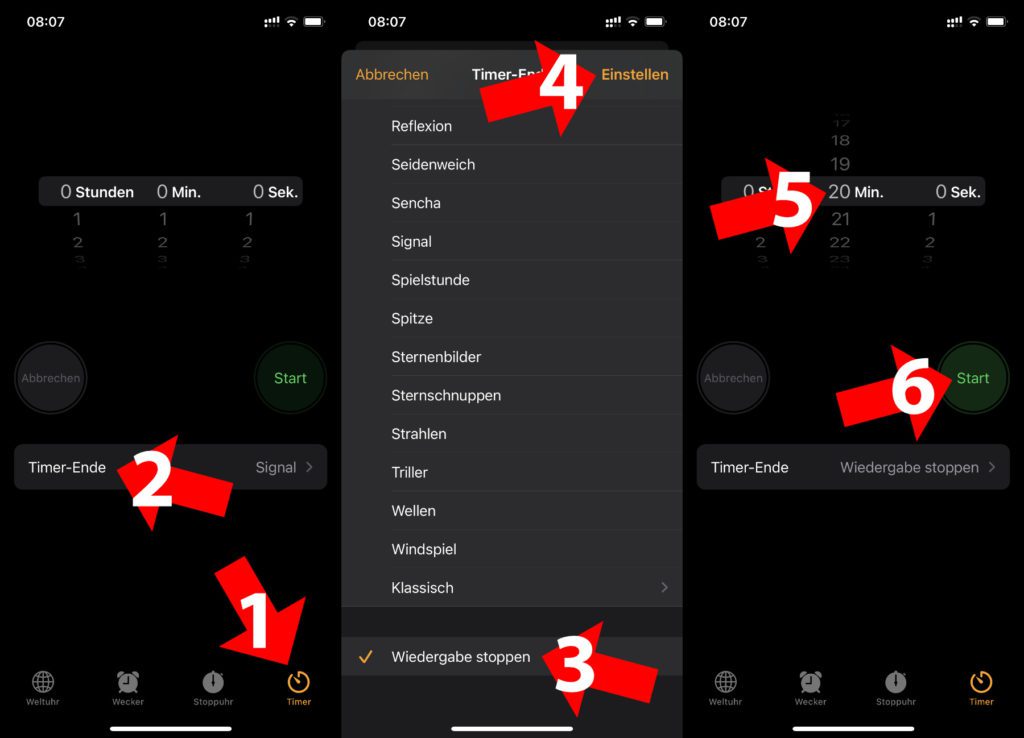 In order to be able to use an automatic switch-off in the music app on the Apple iPhone, you have to take the detour via the timer function of the clock app. This is the screenshot guide.