Apple Music with better audio quality - "Lossless" not on AirPods 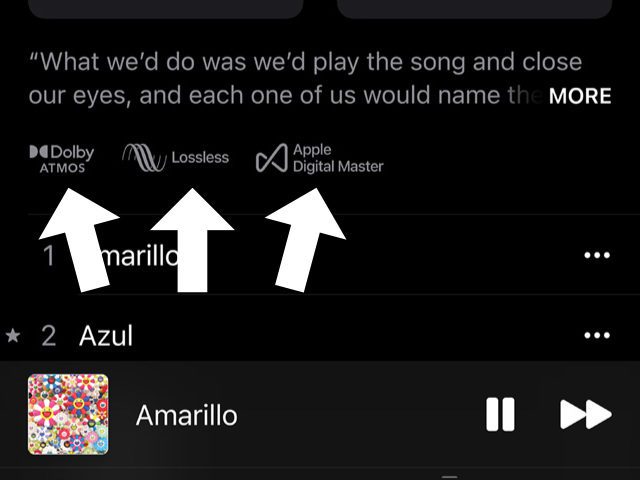 Yesterday there was good and bad news for Apple users who want the best audio quality from Apple Music. Because the technology giant from Cupertino announced in one press release 3D audio with Dolby Atmos as well as the entire music catalog in Lossless Audio. From June 2021, lossless audio with up to 24 bits at 192 kHz should then be available at no additional cost. Lossless or Hi-Res Lossless must be actively selected so that the large file sizes do not accidentally burden the mobile data volume. If you listen to AirPods (Pro / Max), it won't work anyway ...

The press release linked above states: "Apple today announced that Apple Music will bring its subscribers: industry-leading audio quality through 3D audio with support for Dolby Atmos. 3D audio gives artists the opportunity to create immersive audio experiences with real multidimensional sound and clarity for their fans. Apple Music subscribers will also be able to hear more than 75 million songs in lossless audio - just as the artists produced them in the studio."

3D audio also supports Dolby Atmos, which can be used with AirPods and Beats headphones that have an H1 or W1 chip installed. Dolby Atmos is also available on current iPhone, iPad and Mac models. "Today marks the introduction of Dolby Atmos to Apple Music - a new music experience that is changing the way music is created by artists and enjoyed by their fans"Said Kevin Yeaman, President and CEO of Dolby Laboratories. "We are working with Apple Music to bring 3D audio with Dolby Atmos to all musicians and all those who love music."

Lossless Audio - Best quality, but not for Apple headphones

The more than 75 million tracks from Apple Music are also offered via ALAC (Apple Lossless Audio Codec) as “Lossless Audio”. This should be able to transmit every single bit of the original audio file. Users can find this audio quality in Apple Music under Settings -> Music -> Audio quality activate. In addition, different qualities for cellular data and WLAN can be set there. There are various options to choose from, from 16 bit at 44,1 kHz (CD quality) to 24 bit at 48 kHz (playable on all Apple devices) to Hi-Resolution Lossless with 24 bit at 192 kHz.

It all reads very interestingly and arouses curiosity about the ultimate listening experience. However, there is a small damper when reading outside of Apple's press release on the subject. Because how z. B. MacRumors regarding t3 reported, the "lossless" audio quality of Apple's in-house headphones (AirPods, AirPods Pro, AirPods Max) cannot be played at all. One of the reasons for this is that AAC (Advanced Audio Coding) is used for Bluetooth transmission. For Hi-Res Lossless, a USB connection or an analog connection must be used. Further details can be found in the linked sources.