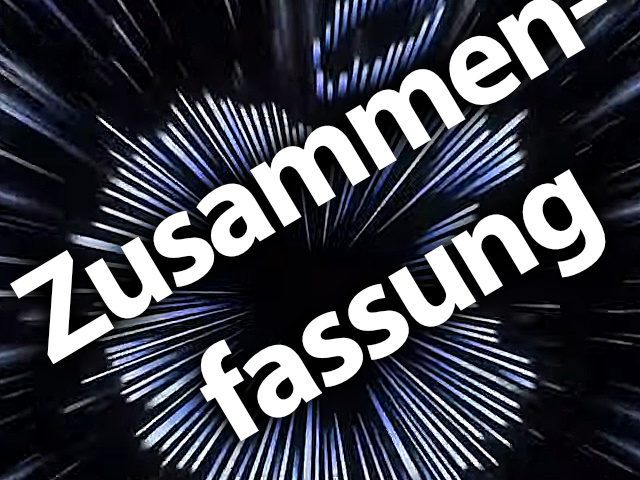 Today, Monday, October 18.10.2021th, 19, the Apple October Keynote took place from 00:50 p.m. local time. Although this only lasted 3 minutes, a lot of information was conveyed. It was effectively only about the topics "Music" and "Mac". Because the new XNUMXrd generation AirPods and two new MacBook Pro models were presented. Some rumors have been confirmed - e.g. B. regarding the connections and the notch. With regard to the HomePod mini, there was only a color update, so that the smart speaker is now also available in yellow, orange and blue ...

In this summary of the Apple October Event 2021 you get everything you need to know about the new music subscription, the new HomePod mini colors, the AirPods 3, the new MacBook Pro models, as well as the M1 Pro and M1 Max.

However, the language assistant was equipped with significantly more playlists. So if you mainly want to use given playlists or exact artist, album or song information via Siri for listening to music, you can use the so-called "Voice Plan". This was announced at $ 4,99 per month. 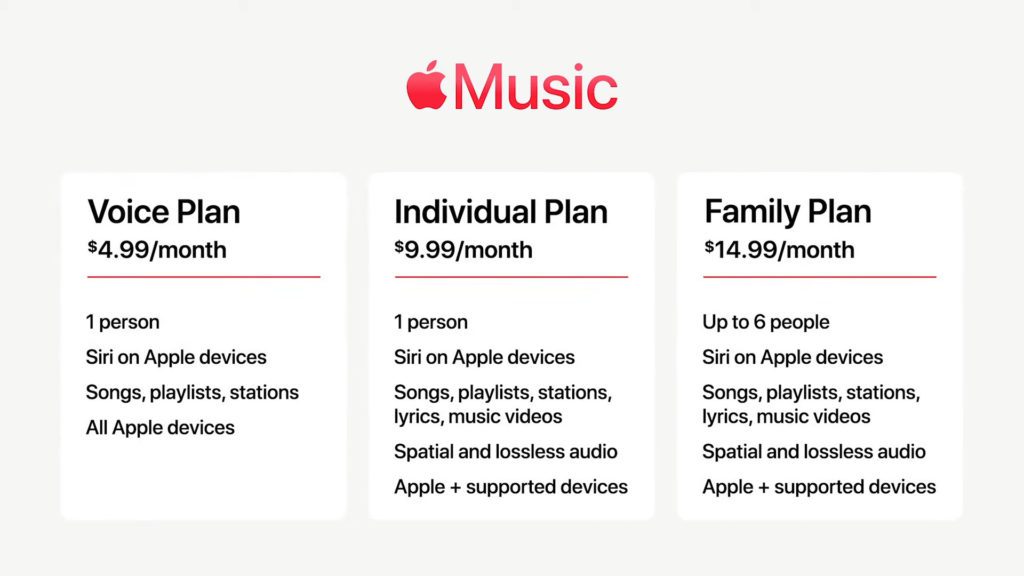 With Adaptive EQ, the sound can be adapted to your own hearing so that you can enjoy music the way it should sound. For active people, attention was drawn to the water and sweat resistance. The runtime is up to 6 hours, with charging case up to 30 hours. Five minutes of fast charging gives you 1 hour of runtime. The AirPods 3 can be ordered starting today; they will be available from next week. 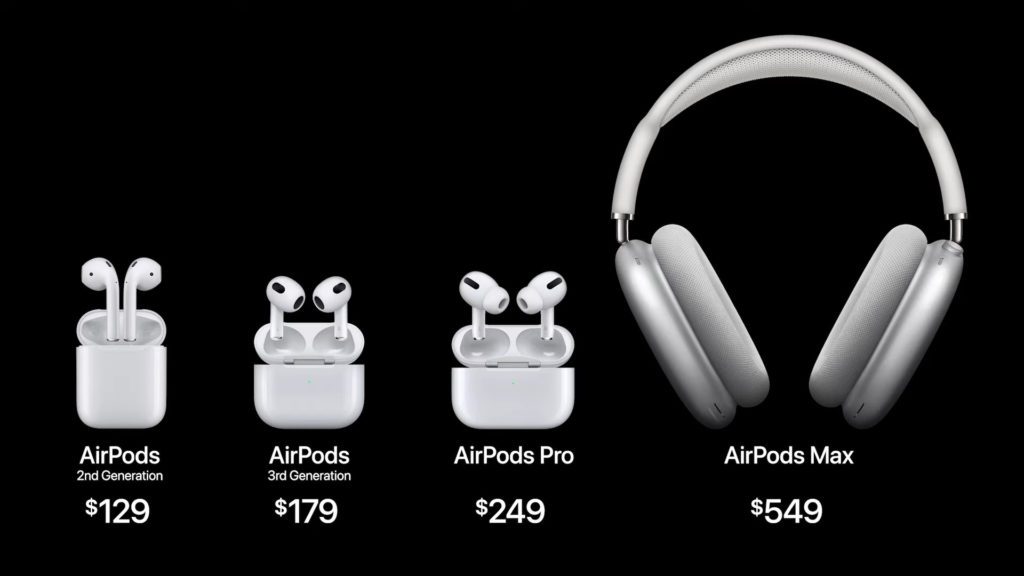 There isn't much to say about the Apple HomePod mini. With orange, yellow and blue there are three new colors that will be available from November. Have fun with it. 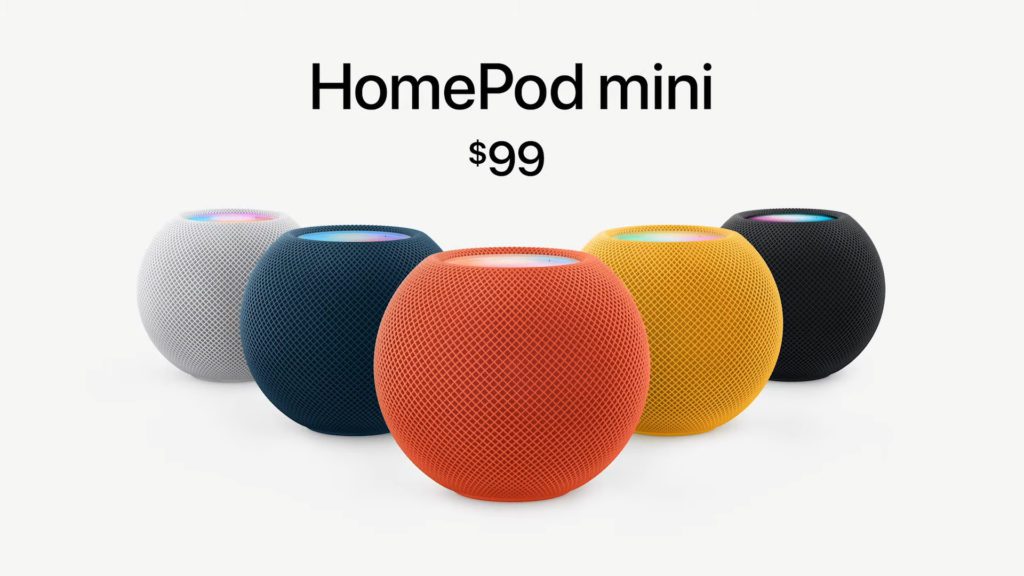 For a long time we believed that the MacBook Pro models expected for today would only use a slightly faster M1X chip. Far from it, because the "M16,2 Pro" or the "M14,2 Max" can be installed in both the new 1-inch model and the new 1-inch model. These new chips with up to 64 GB of unified memory make the new Apple laptops the fastest and most efficient mobile computers on the market. 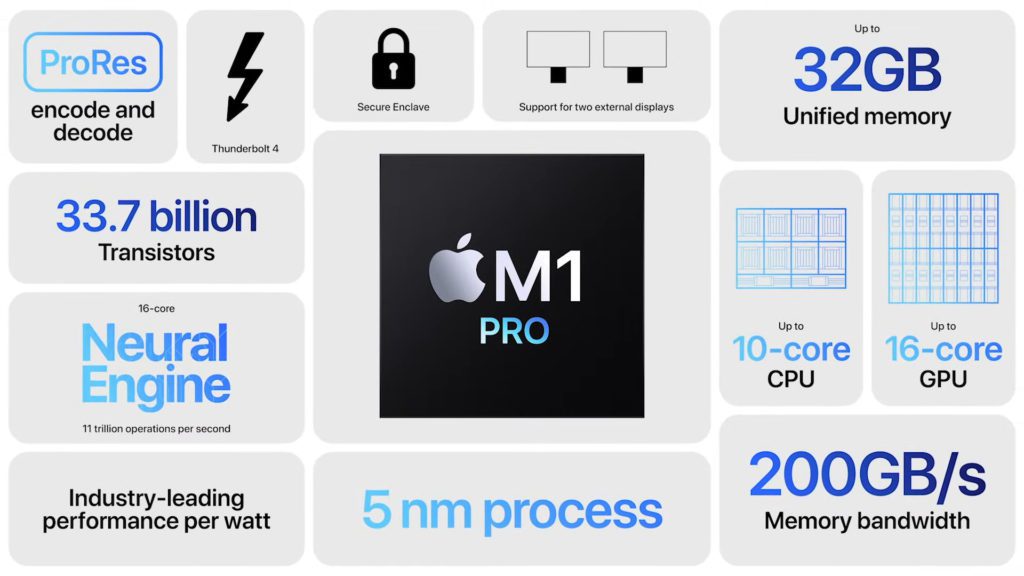 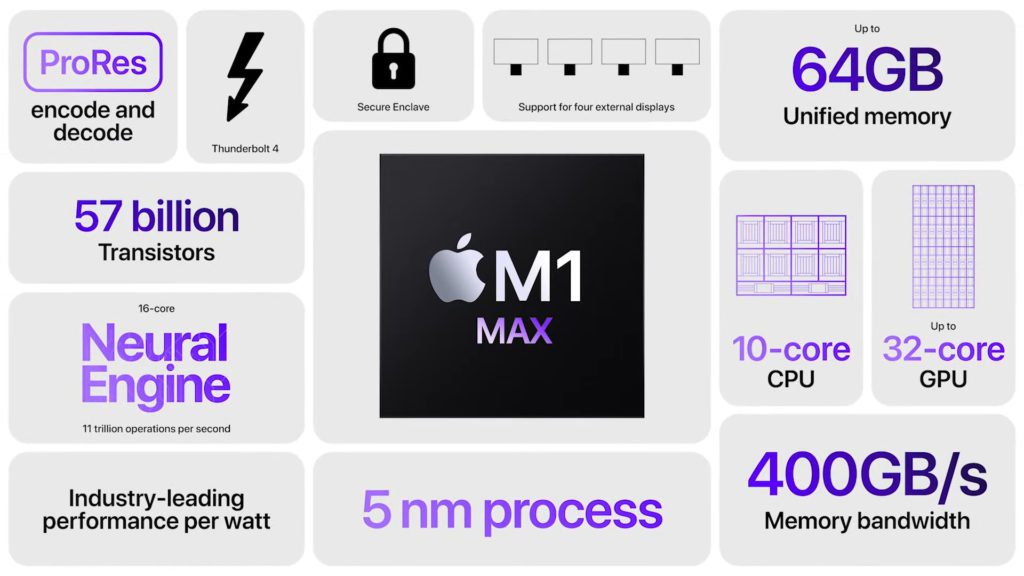 Both new models offer a space-saving but powerful design. The displays were brought to 14,2 inches and 16,2 inches. The edges at the top and on the sides are now only 3,5 mm wide. However, this leads to the fact that a notch is created for the new 1080p FaceTime camera. However, this was only shown and not addressed with any syllable. The keyboard was modeled on the external keyboard (Magic Keyboard) offered separately by Apple.

During the presentation, many examples were given for application in the professional field. Edit videos, program games, run apps for iPhone, iPad and Intel chips (using Rosetta 2), edit photos, create animations, make music and much more.

In the audio area, there was also an increase: three high-quality microphones and six new speakers even bring Spacial Audio to the MacBook Pro. The total of four woofers bring up to 80% more bass and a pitch up to half an octave lower.

Incidentally, the rumors about memory, RAM and the like have been exceeded. Because not only is there with that M1 Pro and M1 Max are much more powerful than expected - you can also choose up to 8 TB of internal storage. Oh yes, what has also been confirmed, these are these connections: 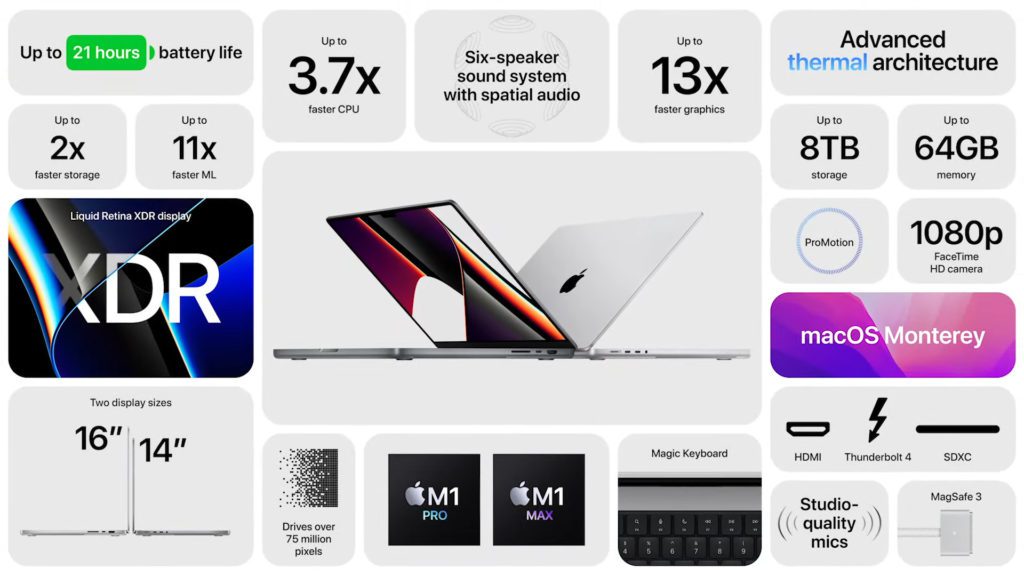 Tomorrow I will go into detail again on the new devices, their technical data and the prices. For today it should have been the summary. If you want to find out more about the colorful HomePod minis, the AirPods 3 and the two new MacBook Pro models with the M1 Pro and M1 Max, then you can watch the Apple October Keynote 2021 as a video, for example in the following embedded player :