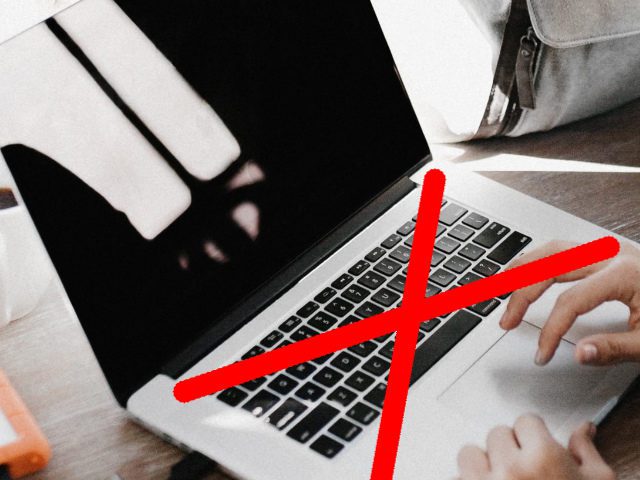 Instead of a folding iPhone or iPad with its own keyboard, Apple could adopt a completely new concept in the future: a MacBook with a second screen on which a virtual keyboard can be used. Apple submitted a corresponding patent three years ago. As reported by multiple sources, the tech giant was awarded by the US Patent and Trademark Office. If Apple uses the ideas from the patent, then individual keyboards, advanced gesture controls, app-specific controls, touch gamepads for games and more could be displayed and used. Furthermore, there should be loading areas for the iPhone and Touch ID. 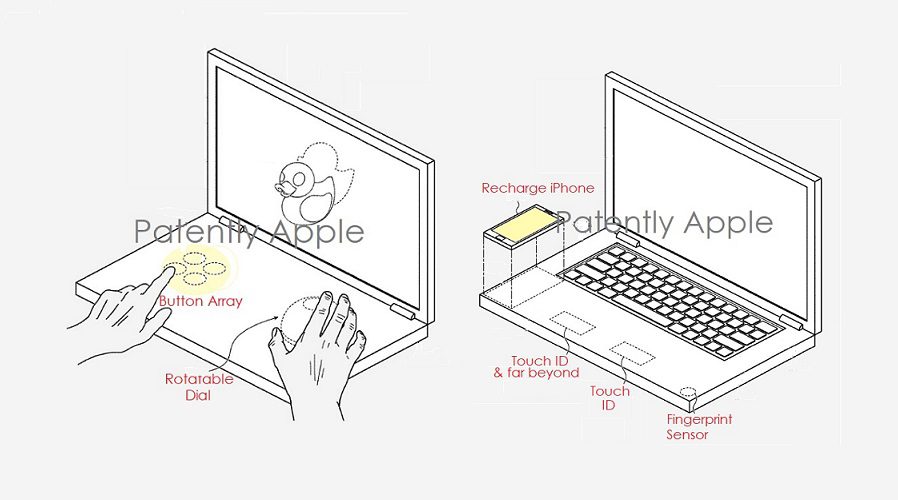 Virtual keyboard, individual controls, swiping gestures, loading space for the iPhone, Touch ID and more could be implemented on a MacBook (Pro) with a second screen. Image: Patently Apple

Currently, many rumors revolve around the new one Apple hardware, which will be presented in the fall of 2021. This also includes models of the MacBook Pro. It is said from different directions that the Touch Bar should disappear. The current touch feature of the Apple laptop could in the future only give way to a much larger display surface, namely a virtual keyboard. The advantage would be their individual alignment and labeling (different keys and arrangements for different languages ​​and characters). The disadvantage is of course the lack of haptic feedback and the use of muscle memory for typing. 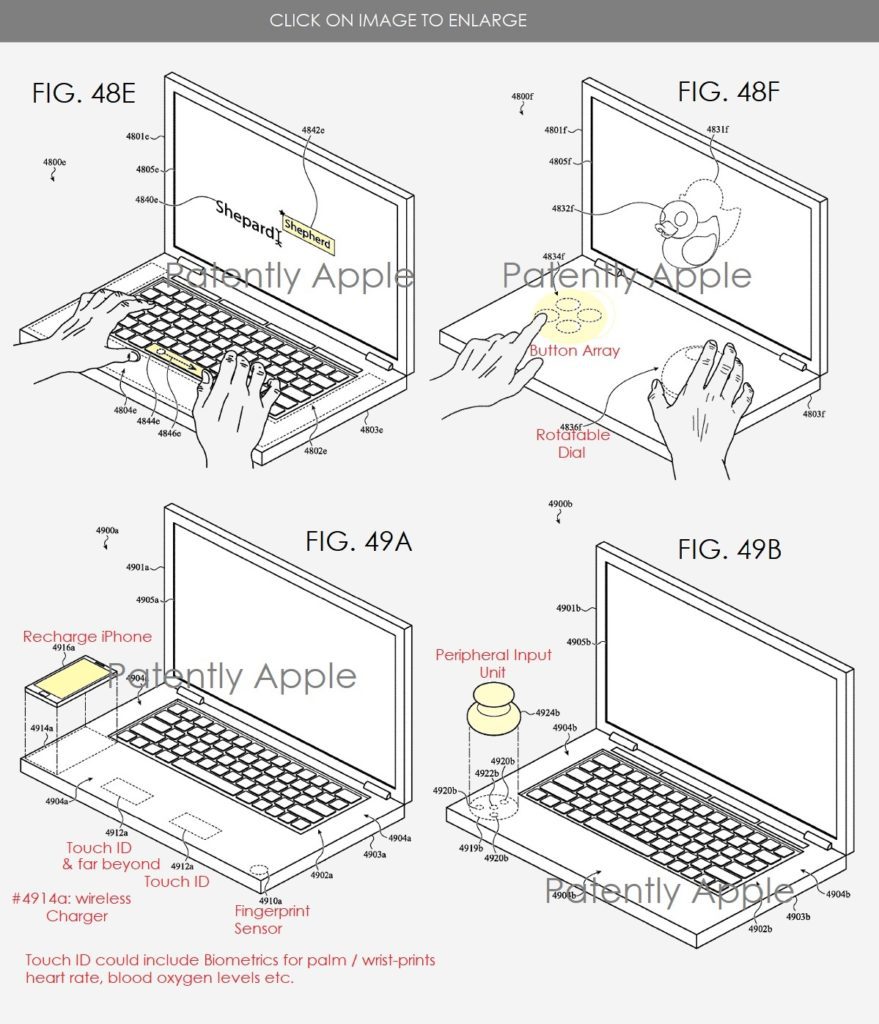 Here Patently Apple shows other possible uses. But these are just a few of the many graphics from the very long patent paper that Apple submitted in 2018 and won in 2021.

The whole thing was shown and described extensively, for example, on the Patently Apple page Blog. As the page name suggests, the makers have an idea of ​​patents - and above all of those that come from Apple. As early as 2018, they dealt with the patent and dealt extensively with it: Seen here. In addition to the virtual keyboard, the loading area for the iPhone, the fingerprint sensor (or several sensors) for Touch ID and gesture control, the possible peripherals are also discussed. Because controllers, joysticks and other input devices can be linked via a “peripheral input unit”.

What do you think about it? Does this appeal to a wide range of customers or is it a niche idea? Feel free to leave a comment on the topic!