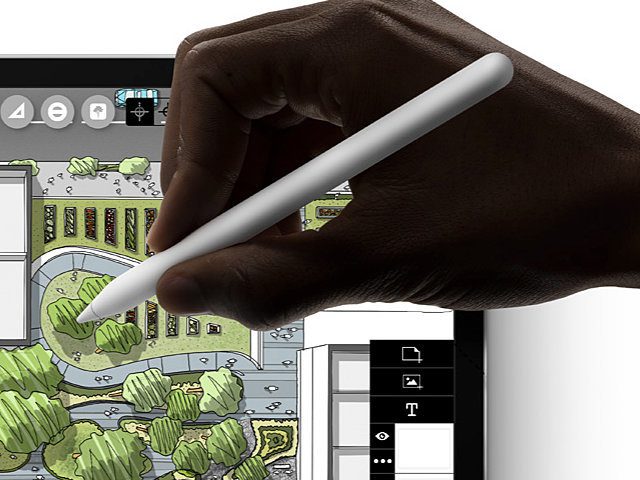 On October 30, 2018, Apple not only has the new at a special event in New York MacBook Air, the new Mac Mini and the new models of the iPad Pro 2018, but also the 2nd generation Apple Pencil, which is intended for use with tablets. Both with the 12,9 inch model as well as with the 11 inch model the new Apple Pencil can be used - for drawing, for selecting tools or functions in apps and for writing down notes. He also holds the new iPad Pro magnetically and charges his battery while in contact. So it should always be ready for use.

The Apple Pencil (2nd generation) from 2018 brings new functions, is coupled via Bluetooth and charged wirelessly and can be used with the new iPad Pro models.

Features of the Apple Pencil 2

The Apple Pencil 2 (which is officially just called "Apple Pencil", like the 1st generation) fulfills various functions. You can use the iPad's notes app to write and make sketches. Works of art can be created with it in drawing programs, design apps or an app for image or photo editing. You can set the "double tap" to select functions - and the pressure on the tip of the Apple Pencil also has an effect. If you press hard, the line becomes thicker; if you only press it lightly, then it is thin. Shading is possible with an inclined Apple Pencil.

Not only are there differences in design and features, the compatibility of the stylos also differs Cupertino is different. When buying, you have to pay attention to which iPad you are using.

Of course, there are not many technical details about the Apple Pencil. After all, there is no real comparison for the built-in technology. So why reveal the exact specs from the manufacturer if you don't have to stand out from anyone? That's why there are only the values ​​given by Apple on the sales page:

What do you think of the new Apple Pencil 2nd generation? The ideal tool for creative work on the new iPad models or expensive toys? Feel free to leave a comment on the topic under this post;)