Apple Photos Tip: Use sliders without a maximum value limit 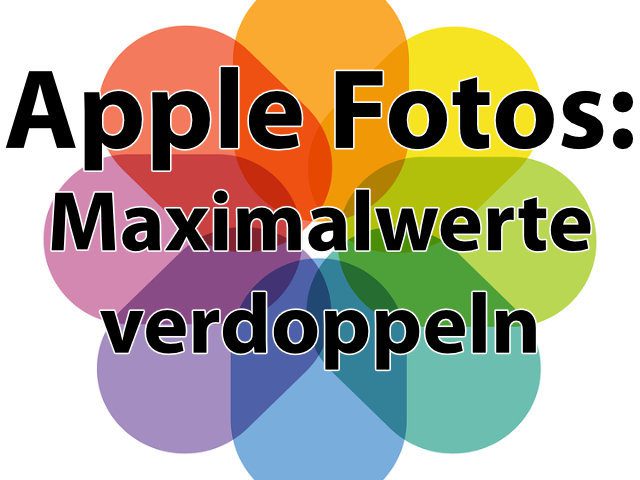 In Apple Photos under macOS you can adjust your pictures, photo recordings, graphics and more in terms of values ​​such as brightness, brilliance, exposure, shadow, color, saturation, sharpness and so on. The controls usually range from -1 to +1 with zero as the initial value. With a simple trick, however, you can double the positive and negative maximum value in order to use a range from -2 to +2 for some value controls. You can find detailed instructions below. 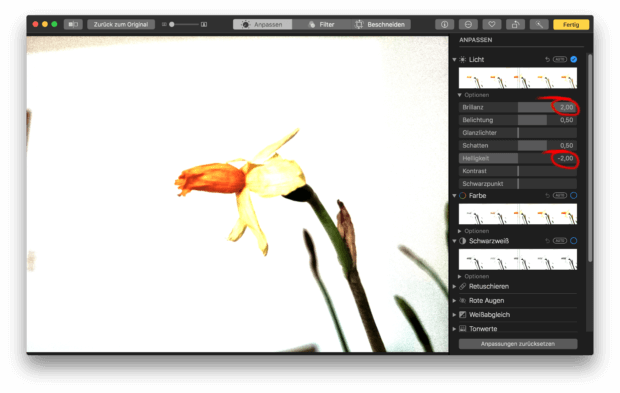 Use the Apple Photos slider without a maximum value limit? This works out; at least limited. Here's how to double the values!

If you want to edit a photo in Apple Photos and use it to adjust various values ​​of the image, then you proceed as always with the advanced sliders. There is only one intermediate step that you have to take into account. Here's everything in a detailed guide:

As soon as you press the Alt key ⌥, you can see how the sliders adjust their graduation and not only do the values ​​from -1 to +1 are available, but you can also edit images from -2 to +2. So the Apple Photos slider can be used without the regular maximum value limitation, but allow stronger adjustments for individual taste.

Maximum value cannot be adjusted with some controllers

Not all Apple Photos sliders can be adjusted to double the maximum value in the negative and positive areas. As soon as you press the Option key / Alt / ⌥ you can see that only these controls adjust their scale:

Other controls for light, color, resolution and interference, as well as controls for black and white, retouching, red eyes, white balance, tonal values, curves, selective color correction, sharpening or vignette cannot be adjusted. With these, the Apple Photos slider maximum values ​​remain at the standard value. Have fun trying it out and use it purposefully;)