Unusually for Apple, the updates for the iOS and tvOS devices are currently published relatively quickly one after the other. After the last one, the bug with the Endless reboot loop on the iPhone (Boot loop) and a bug in HomeKit caused an early iOS 11.2 update, apparently further bugs are now being fixed. It was recently read that the HomeKit interface has a security flaw, such as here the MacLife reported. Apple then unceremoniously deactivated remote guest access in Homekit with the 11.2 update in order to prevent greater damage.

“The issue affecting HomeKit users running iOS 11.2 has been fixed. The fix temporarily disables remote access to shared users, which will be restored in a software update early next week. "

And that has now happened with this iOS update ... The error was corrected in iOS 11.2.1 and guest access was reactivated. So friends who you are in Homekit invited to turn on your coffee machine remotely, turn on your light at 3 o'clock at night or turn the heating down. God ... uh ... thank Apple. :)

Since the Apple TV is often used as a HomeKit hub, it stands to reason that the present tvOS update will also improve this. 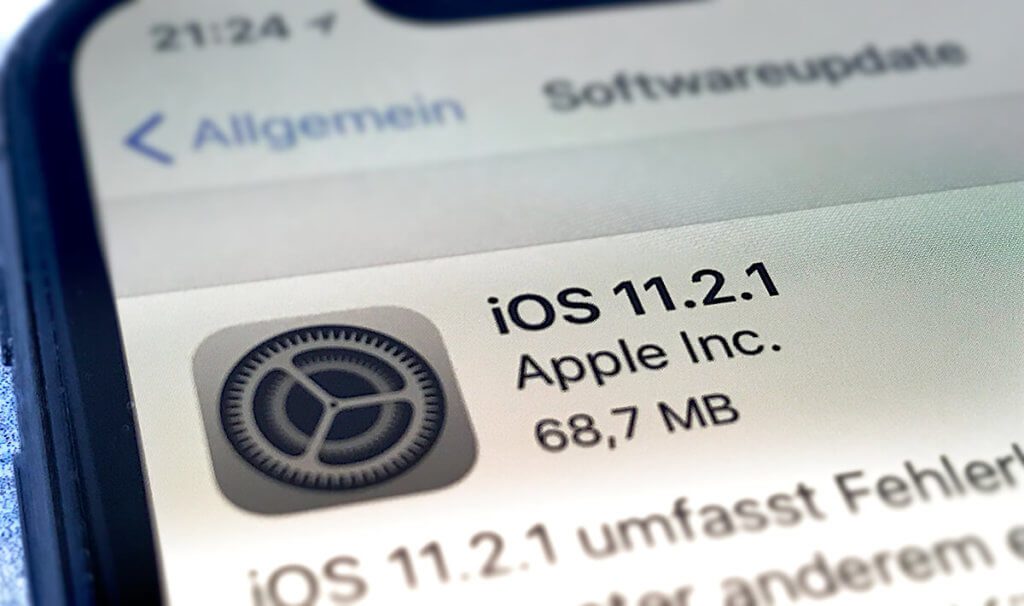 IOS and tvOS 11.2.1 offer some bug fixes such as reactivating remote guest access in HomeKit.

If the update is not yet suggested on your iPad or iPhone, you can install it manually. To do this, go to "Settings" -> "General" -> "Software update". If you call up this subpage, your iOS device should search for updates and find 11.2.1. Now you just have to click on "Download and install" below and off you go.

I installed it on my iPhone X right away and couldn't find any bugs or deteriorations. The installation took me about 10-15 minutes and ran smoothly while the iPhone was on mine Qi charging station was standing. Since iOS 11.2 was a somewhat hasty update, I would definitely install this one, as it will probably iron out some bugs that happened due to the premature release of the 11.2 update.