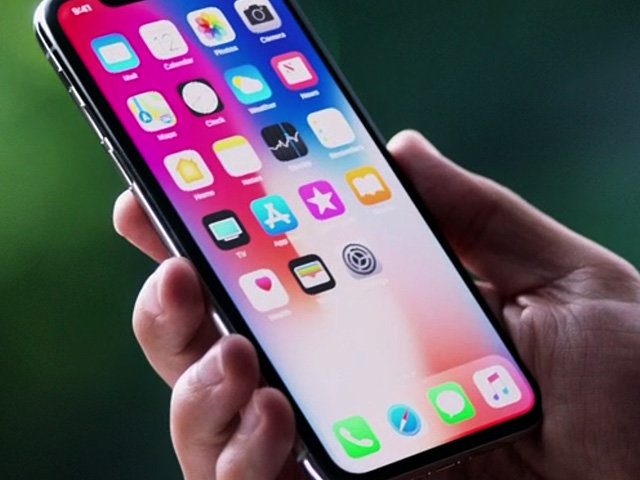 Today, September 12, 2017, the traditional Apple September keynote took place for the first time in Steve Jobs Theater of the Apple Park in Cupertino - and in addition to the iPhone X, the iPhone 8 and the Apple Watch Series 3, many other innovations were on offer. Rumors to the iPhone 8 and speculation for the iPhone X have been confirmed and revised. Which facts are left now, which technical data, prices and systems we can soon expect with hardware and software from Apple, I have summarized that for you in this article.

The Apple event In the Steve Jobs Theater, the iPhone X, which is also called "iPhone Ten" or in German "iPhone Ten", was of course presented last. Since you are probably here because of this device, here are the previously known technical data of the iPhone X as a first summary.

Further details and technical data, with which I also topped up the values ​​communicated at the Apple event, can be found on the Apple page for the new iPhone X, which is already available online: click here.

While there is only one model of the iPhone X (in two colors and two different sized memories), there are two models of the "regular" iPhone: the small and the large, i.e. an iPhone 8 Plus. Here are a few specs about the new iPhone 8 and the iPhone 8 Plus, so that you can get an insight. At the end of the list there is of course a link to Apple again.

With the iPhone 8, too, I will probably once again point out details and special features in a separate article. If you want to see the technical data, specs and features of the iPhone 8 and iPhone 8 Plus by then, you can do so on the Apple website: click here.

You can pre-order the Apple iPhone 8 and Apple iPhone 8 Plus from Friday, September 15, 2017. From Friday, September 22nd, 2017, the new “regular” iPhones will be delivered. The Apple iPhone X will appear a little later. The new Apple smartphone of the future can be pre-ordered from November 27, 2017 and it will be delivered from November 3, 2017. In the meantime, I will certainly compile the data and USPs on the model in a separate article.

Summary of the Apple September Keynote 2017

Of course, the Apple September keynote 2017 did not start with the topic of the iPhone, but instead brought out other new products and innovations Cupertino on the table. But before the products were actually discussed, Steve Jobs was remembered. It began even before the actual stream of the Apple event from the Steve Jobs Theater with an image film that was supposed to show the new event and hands-on rooms. Subsequently, the first voice to be heard at Apple's September 2017 keynote was Steve Jobs himself. Among other things, this quote came up:

One of the ways that I believe people express their appreciation to the rest of humanity is to make something wonderful and put it out there.

Then Tim Cook stepped on stage, visibly moved, and thus opened the event, in the Steve Jobs Theater, but as his very own entry into a new era for Apple. He talked about Steve, his legacy and his vision for a new Apple campus that has now become a reality with Apple Park. The Apple Park runs 100% through renewable energies, there are 9.000 trees on the area and the design and the all-encompassing aesthetics are just as important as with the products. There is also a visitor center with AR applications and a retail area for visitors.

And with that there was already the transition to the "Update on Retail". The team that designed the Apple Park will also redesign and refurbish the existing and completely new Apple stores. Incidentally, an Apple Store is no longer called that, but is now a "Town Square". Apple stores should become a meeting place where consumers, experts, learners, programmers, developers, children and everyone else can meet. Knowledge is to be conveyed with “Today at Apple” courses. Completely new Apple Town Squares with plaza, forum, offices, streets and squares will soon be available in Milan, Paris, Washington DC, Chicago and so on.

In the second point of the Apple September Keynote 2017, it finally turned to the hardware. The new Apple Watch Series 3 was presented, which is supposed to get everything out of the watchOS 4, which was presented at Apple WWDC 2017. The Apple Watch has now also moved from number 2 to number 1 of the best-selling watches, and global customer satisfaction is also 97%, it was noted.

Screenshot from the Apple online shop - you can already see all new devices and their technical data.

Because the Apple Watch is the most widely used heart rate monitor in the world today, a new program called the Apple Heart Study was launched later this year in App Store will be available. In addition to the heart rate during activity, the rest heart rate as well as the heart rate when resting and coming down after sport are measured. By constantly measuring the pulse, cardiac arrhythmias, misfires and the like should also be detected and reported to the user. This is intended to identify heart damage earlier and prevent heart attacks. The new Apple watchOS 4 watch operating system will be rolled out on September 19, 2017.

Whether at home, in the office or while cutting waves on the surfboard - the Apple Watch Series 3 with watchOS 4 and cellular network now works completely without the iPhone.

The biggest innovation in the Apple Watch Series 3 is the cellular network including LTE and UMTS. With an integrated cellular network via a permanently installed SIM card in chip form, it is possible, for example, to go to the beach without the iPhone and still be available there and directly in the water. In a live test, a phone call from the Steve Jobs Theater was made outside to an Apple employee who was paddling across the water on a board (Apple Watch to Apple Watch).

The Apple Watch Series 3 in a practical test live at the September event in the new Steve Jobs Theater.

Here are a few more data and facts about the Apple Watch Series 3 in a brief overview:

You can order the Apple Watch Series 3 from September 15, 2017 and delivery is scheduled from September 22, 2017. Germany is one of the few countries in which cellular models with mobile communications are already available at this point in time. As always with Apple, the exclusive partner is Telekom. The models without cellular network (GPS) cost from 369 €, the models with cellular network (GPS + Cellular) cost from 449 €, the most expensive model 799 €. More information, data and features are of course available from Apple itself: exactly here.

There was also an update or a new model for Apple TV. You will soon be able to enjoy content in 4K on your Smart TV at home - with the appropriately named Apple TV 4K. Here are a few eye-catchers that I noted for Apple TV 4K during the event:

Even with the new Apple TV 4K, prices are staggered depending on the internal storage. The 32GB variant is available for 199 €. The version with 64GB storage costs you € 219. You can order the television offer from Apple from September 15, 2017 and it will be delivered or offered in the store / store / Town Square from September 22, 2017. An overview of the new offer, the technical data, the models and you will receive prizes - you probably already guessed it - of course on the official Apple website for the product: look here.

iPhone 8 and "One More Thing"

The last two items on the agenda of the Apple September event 2017 were the iPhone 8 (Plus) models and the iPhone X. The latter was teased as "One More Thing" and Tim Cook emphasized that he did not use these words lightly. The iPhone X is intended to pave the way for the next 10 years, just as the last 10 years were contested and expanded with the first iPhone. With the iPhone X, the Apple Park, the Steve Jobs Theater and other new products and concepts, one is ready for the future. The information about the iPhone models X, 8 and 8 Plus can be found above in this post.

In my Content forecast of today's event I guess I went a bit over the top. Because at the event led by Tim Cook there was not a word about USB-C instead of Lightning, about the iMac Pro and macOS 10.13 High Sierra, about an alleged iPhone 7s and some other topics that were discussed. Except for the iPhone 7s, which can really only be dismissed as a rumor, we will probably see the other points in the coming “great future” from Apple.

(PS: If you find spelling mistakes, you can keep them this time: D)