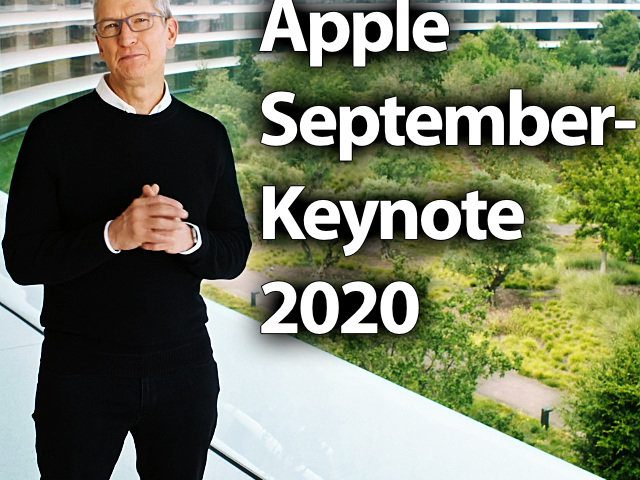 The Apple Special Event in September 2020 was a little different. Where we saw iPhones, accessories and much more as accessories in the past few years, there were two main focus points this year: the Apple Watch and the iPad. New models and functions were presented for both devices. The new A14 Bionic Chip was also discussed. In terms of services, Fitness + and Apple One (One) were presented. In the following I have summarized what the individual items are all about, when they will be available and even more information.

Here you can find the summary of the Apple September Keynote 2020 with iPad Air, iPad 8th Gen, Apple Watch Series 6, Apple Watch SE, Fitness +, Apple One and other topics.

The style and scope of the Apple September Keynote 2020

If you had to reckon with a live event of at least two hours in length in the past, this year there was a pre-produced video that was "only" one hour long. In the style of the video that came as a WWDC20 keynote was shown, all played at Apple Park in Cupertino, California, USA. Everything was introduced by Tim Cook, who made it clear right from the start that there will only be two main topics - the Apple Watch and the iPad. There was no mention of the iPhone. Only in the transitions from one location to the next, Craig Federighi ran through the picture again and again, but said nothing - also an indication that iOS, iPadOS, watchOS and tvOS would not be excessively presented again. 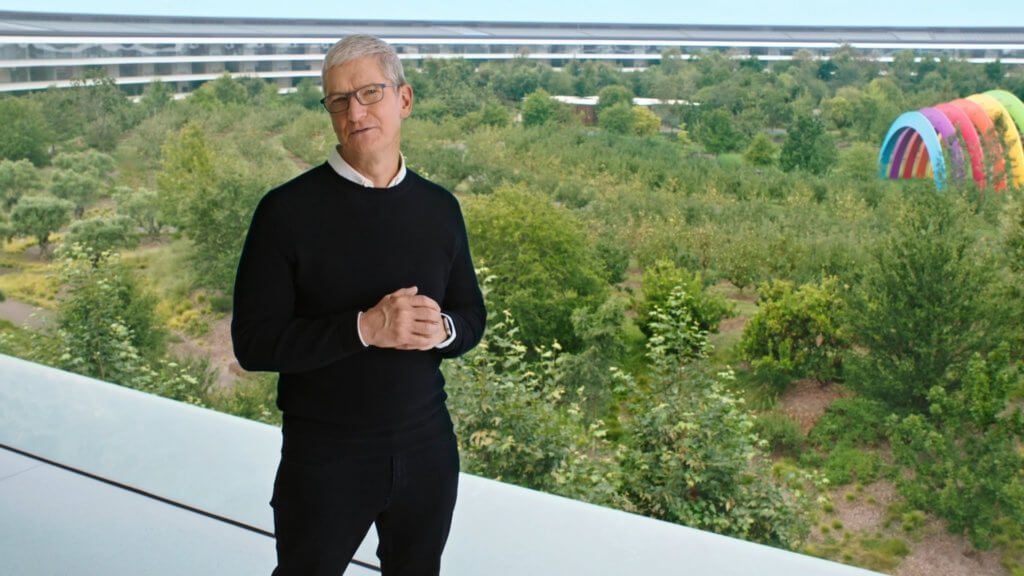 First, the new Apple Watch models were presented - above all the new Apple Series 6. This not only comes in new colors, but also with an S6 chip based on the A13 Bionic, which has been optimized for the watch. One of the most important innovations was a sensor for measuring the oxygen content in the blood. This works with red or infrared light and measures the blood oxygen content based on the corresponding reflection. The existing functions, which lead to three new studies (asthma, heart defects and Covid-19), interact with this function. 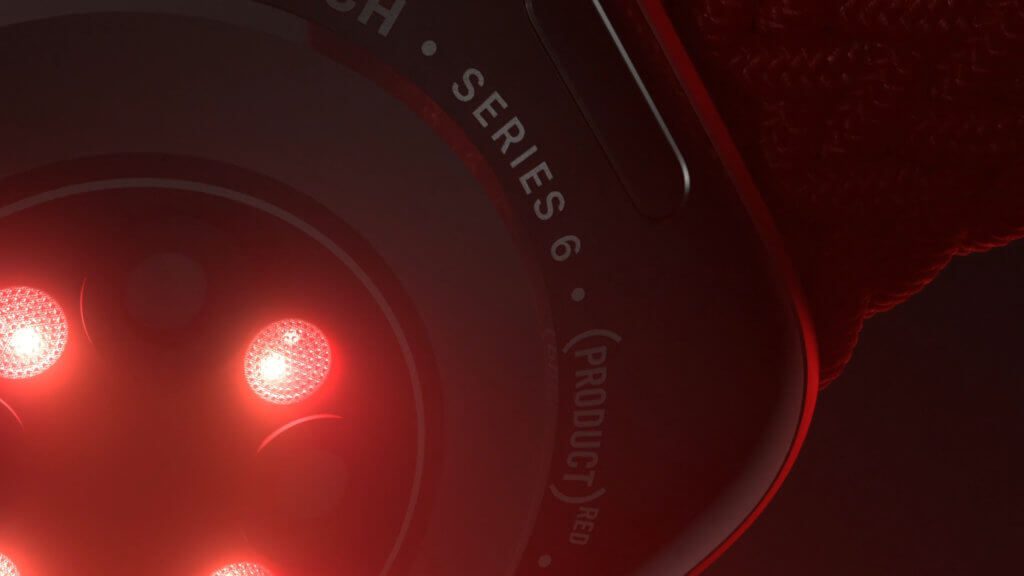 The Apple Watch Series 6 is said to be more energy-efficient and therefore better able to use the always-on display. Outside, the 2,5 times brighter display pays off in the sunshine. To be able to read the time and a lot of other data from the Apple Watch, there are again new faces. The watch faces include the GMT face (different times in the world), count up face (measurement of lap times), the chronograph face (a kind of pilot's watch adaptation) as well as art, typography, memoji and stripes face. The latter can be used for Pride flags, team colors and also to adapt to clothing. 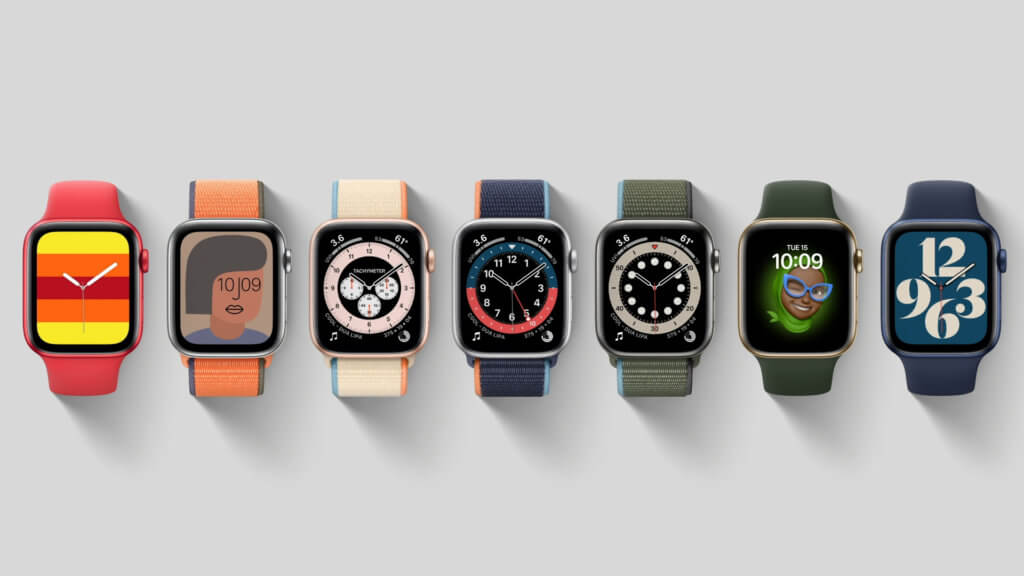 As an accessory innovation for the Apple Watch Series 6 and the Apple Watch SE, new bracelets were also presented, above all the “Solo Loop” in various sizes. This band has no clasp, but consists of a continuous band from one attachment on the watch case to the next. The Solo Loop is available in seven colors and also in a braided form made from 100% recycled yarn. There are also new Apple Watch straps made of leather, from Nike Sports and from Hermés (single and double straps). The Apple Watch Series 6 starts priced at $ 399. 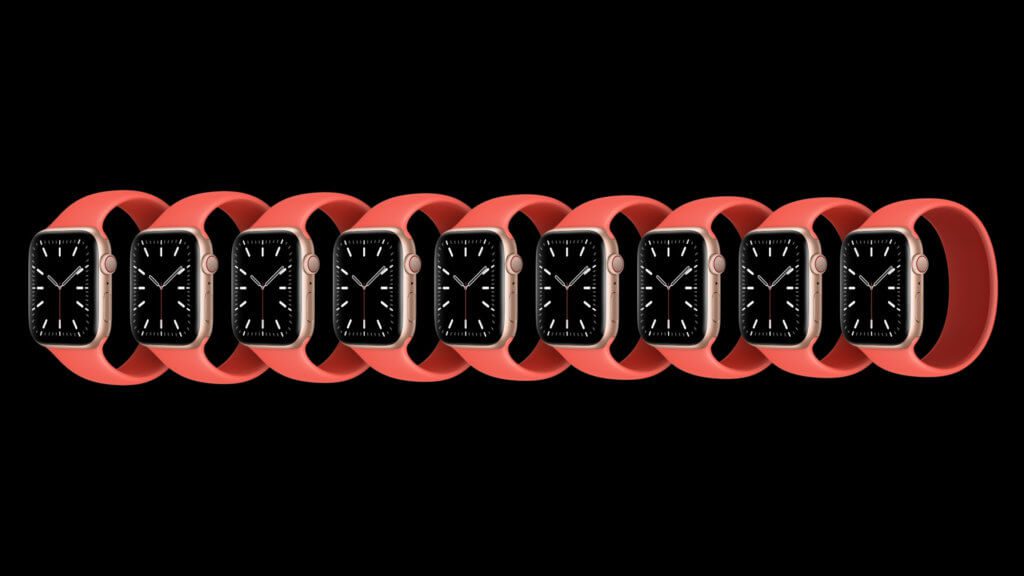 The Apple Watch SE has been the subject of several rumors about today's event in the past few days. And these have come true. The slimmed-down budget version of the Apple Watch comes with an S5 chip and will also be available with cellular equipment (cellular network). In addition to the chip of the last generation, the "SE" is also noticeable in the fact that this model lacks the sensor for measuring blood oxygen. Basically, Apple has the option of offering the older specs and functions of the Apple Watch again in a newly prepared form at a lower price. The Apple Watch SE starts at $ 279. 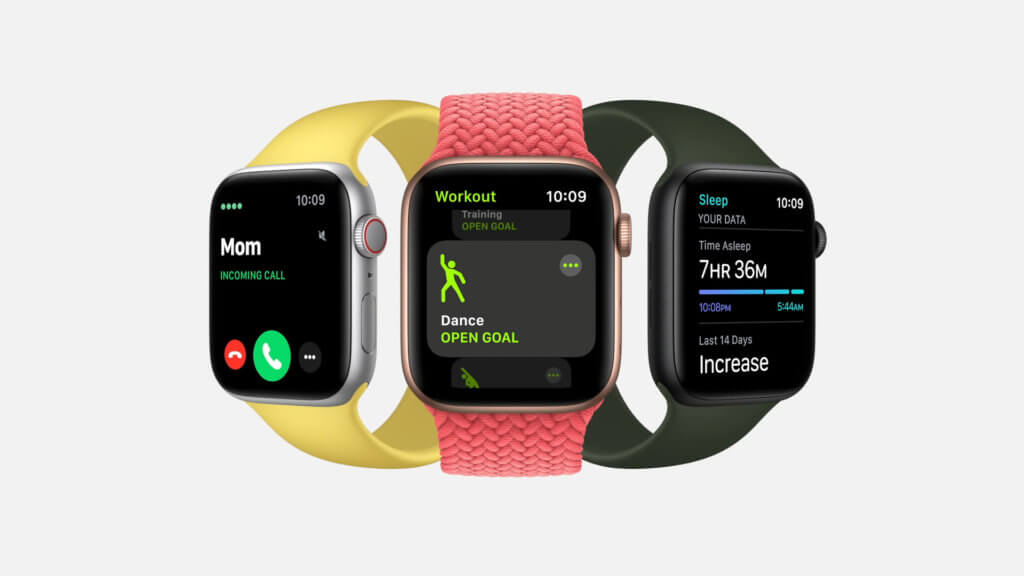 The "Apple Watch Family" service enables the use of watch models by family members who do not have an iPhone (children or older people). Cellular models can have their own number and can therefore be used for calls, messages and the like. For parents, the family function of the Apple Watch offers the option of viewing the location of the children and setting with whom they are allowed to communicate. In the so-called "School Time" mode, do not disturb functions are activated so that children are not distracted at school or doing their homework. For the introduction, the family function of the Apple Watch will be available in these countries (in this country with T-Mobile as a partner):

The Apple tablet “iPad” has been around for ten years; And - according to Tim Cook - it has been number 1 in customer satisfaction among tablets for ten years. That is why a new generation is now being introduced with the new iPad. To be more precise, the 8th generation. An A12 bionic chip is used, which offers other components in addition to the CPU, GPU and neural engine. 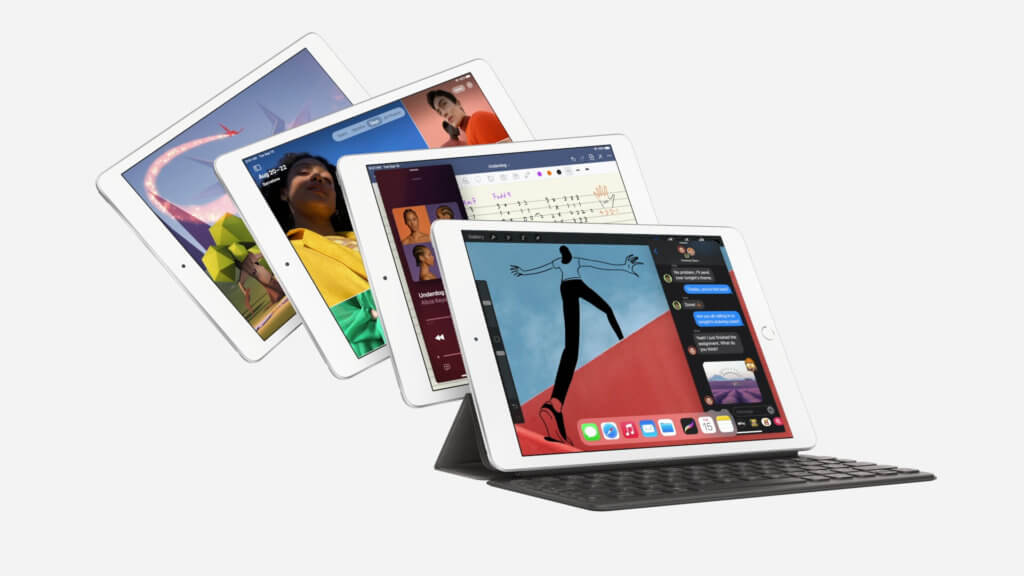 The 8th generation iPad is compatible with the Apple Pencil as well as with keyboards and trackpads from Apple and Logitech. Thanks to iPadOS 14, it has all of the new Apple Pencil features introduced in June, such as handwriting recognition, conversion of handwriting to types, and so on. The new iPad (2020) starts at $ 329. 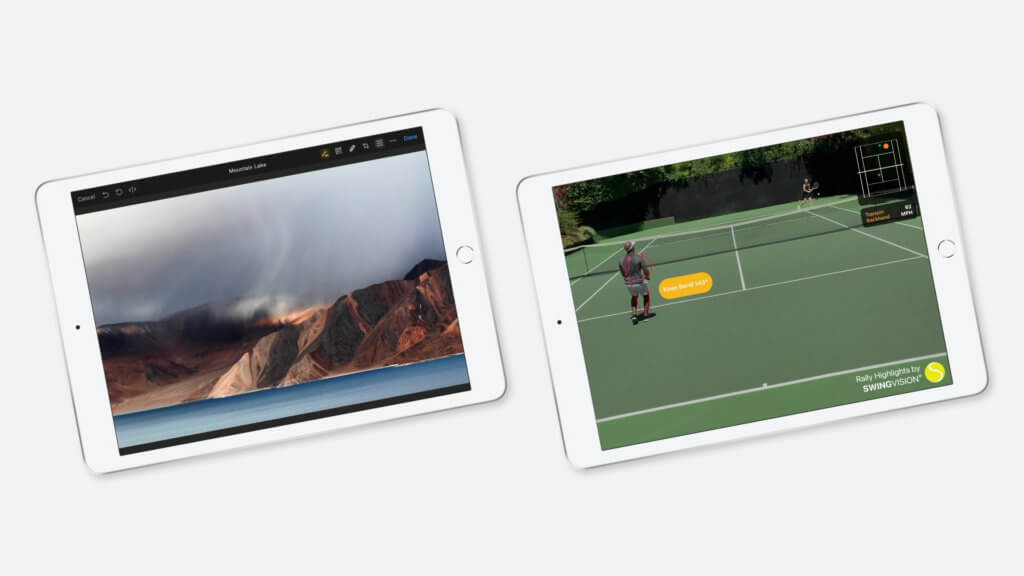 Apple's iPad Air has been completely redesigned for the anniversary of the Cupertino tablet range. And here, too, a rumor of the past few days and weeks has been confirmed: the Touch ID has been integrated into the power button - that is, into the on / off button instead of a home button. This means that there is an all-screen display (with bezels), which has a resolution of 10,9 x 2.360 pixels on 1.640 inches. 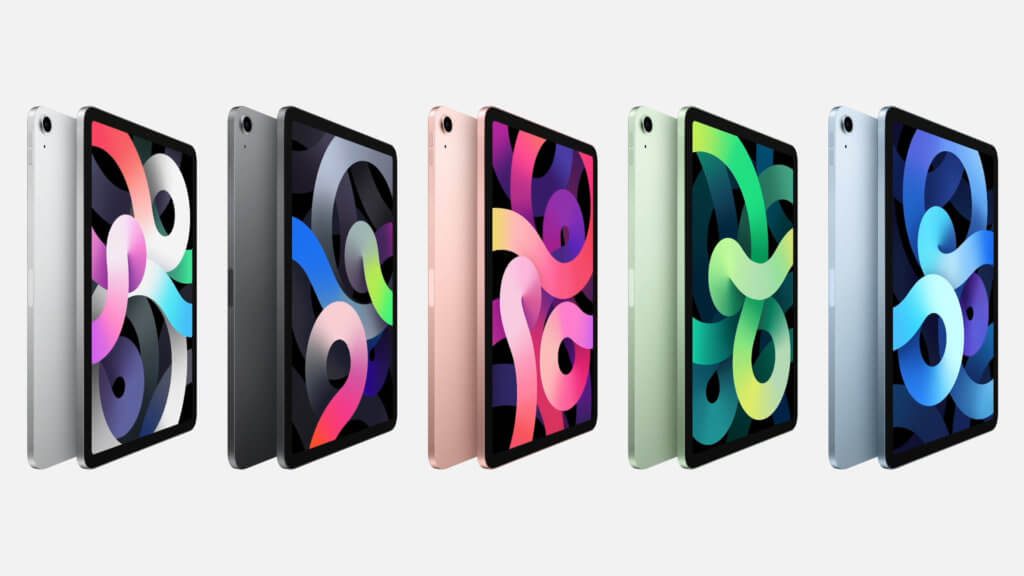 It is a liquid retina display with an anti-reflection coating, P3 color spectrum and True Tone technology. The main camera (rear) offers 12 MP, 4K video at 60 fps, 240 fps Slo-Mo in Full HD and stabilization. The selfie camera offers 7 MP, 1080p with 60 fps and Smart HDR. The iPad Air starts at $ 599 and will be available in October. 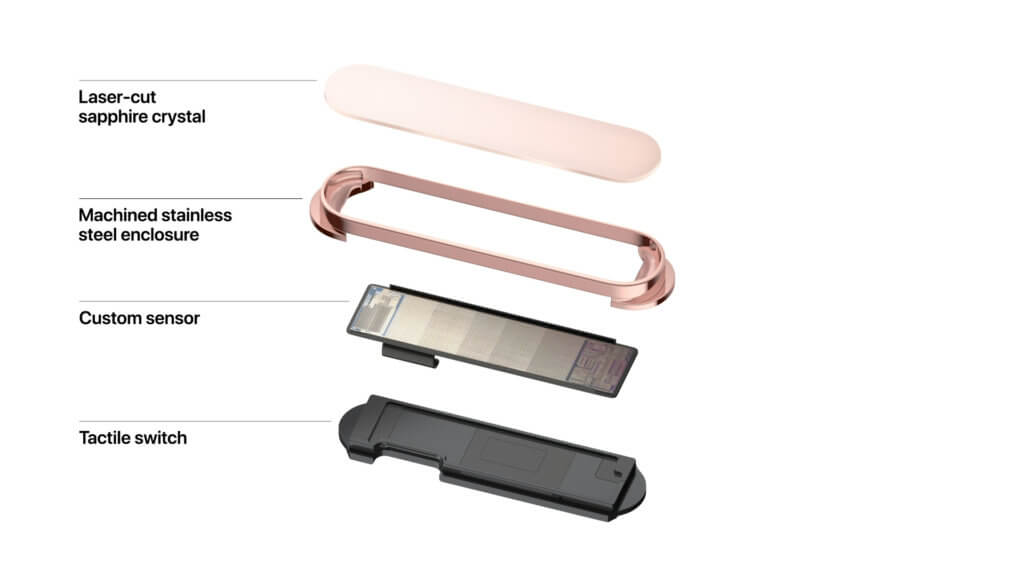 The high computing power as well as the price are partly due to the A14 bionic chip with 5 nm technology. This type of “Apple Silicon” offers 11,8 billion transistors with the ability of the Neural Engine to perform up to 11 billion operations per second. Machine learning on this model is up to ten times faster than on the previous iPad Air. And: this model will have a USB-C connection. 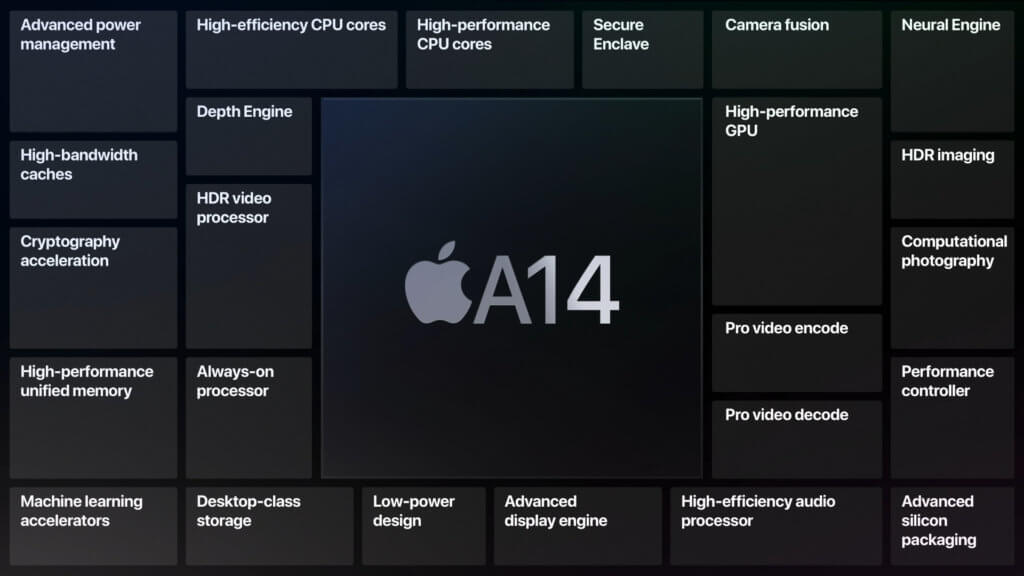 Availability of the new Apple devices

Availability of the new operating systems

The upgrades of the iOS, iPadOS, watchOS and tvOS operating systems will be rolled out tomorrow. From September 16.09.2020, 14 onwards you will get the new functions of iOS 14, iPadOS 7, watchOS 14 and tvOS 11.0 on the respective compatible devices could be seen, but was not able to speak). I think the upgrade to the new Mac operating system won't be rolled out until October. What do you think? Feel free to leave a comment on the topic;)

With Apple Fitness +, the technology giant from Cupertino is offering a new subscription for professional fitness training. Training videos have been and are being produced together with well-known trainers, which can be used via Apple Fitness + in conjunction with the Apple Watch. The workouts and their instructions can be viewed on the iPhone, iPad and Apple TV. The workout measurement starts automatically on the connected Apple Watch. The watch's measurement data (pulse, oxygen, fitness rings, etc.) are displayed in real time on the screen on which the instructions are viewed. 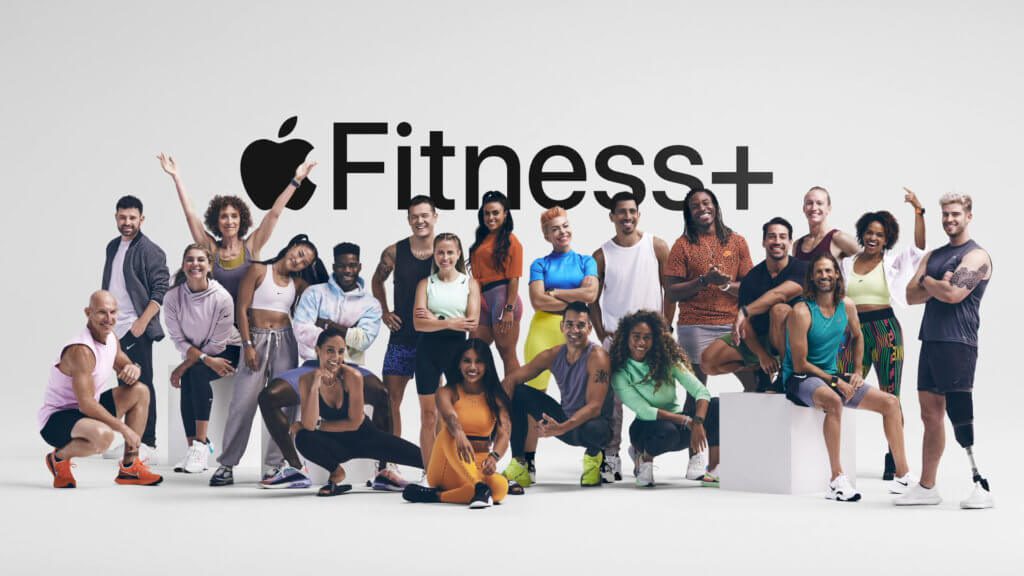 The trainings and exercises include ten different forms of physical activity from yoga and cycling to dance and strength training to rowing and calm-down exercises. Many of the exercises can be used without or with minimal equipment, so that you can use the workouts at home or on the go and do not need all the gym equipment. The subscription costs $ 9,99 a month or $ 79,99 a year. 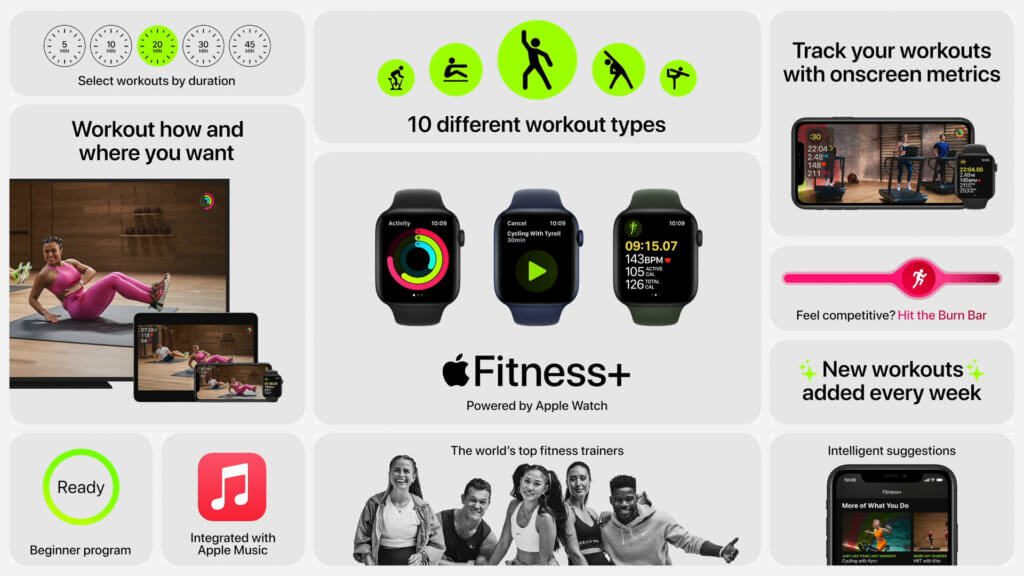 In the meantime there are a lot of services from the big apple company - not least with Apple Fitness +. That is why “Apple One” is now being offered, ie various overall packages in which individual or all services are combined. These are: iCloud, Music, tv +, Arcade, News + and Fitness +. The packages start at $ 14,95 a month and look like this: 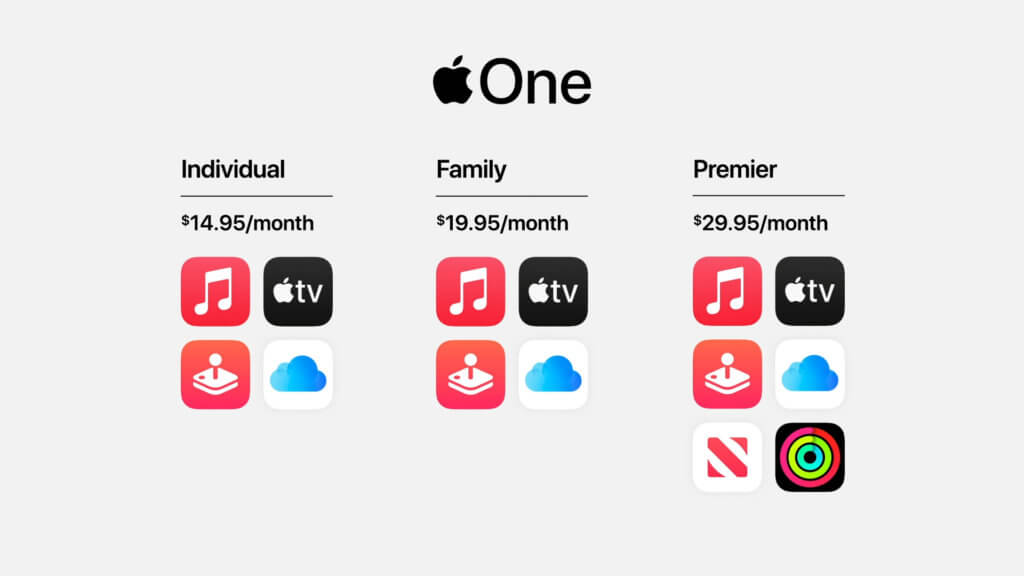 The Apple Special Event on September 15.09.2020, XNUMX had more information and details ready. For example, to limit CO2- Apple and its suppliers' emissions, recycled materials in individual products, and so on. I also took over 200 screenshots of the broadcast, none of which can be found here. The most important thing for me is the fact that the Apple Watch will in future be delivered without its own USB-C charger. This should also ensure a more positive ecological balance. The Apple September keynote ended with hygiene instructions for the production of the video. It said, among other things, that distances and safety precautions were observed. 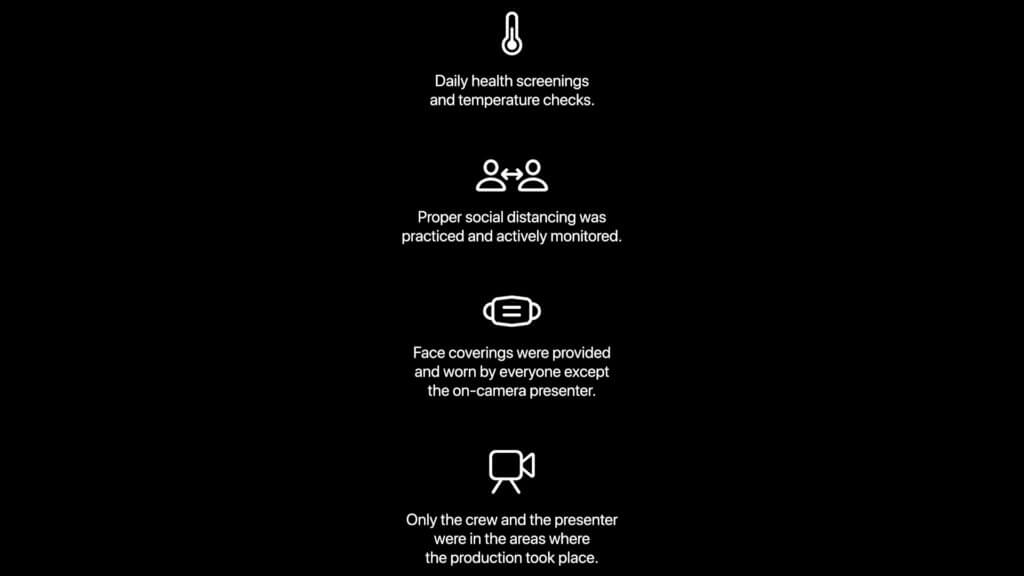 While I am writing this summary for you, Apple is already busy uploading the presentation and individual presentation videos for Apple Watch, iPad and Co. to YouTube. In the following you will find the whole keynote embedded (video length approx. 1: 07h). Tomorrow there will be more detailed articles on the individual products including the respective videos and more pictures. Good night ;)