Apple SharePlay - Important iOS and iPadOS feature is being postponed 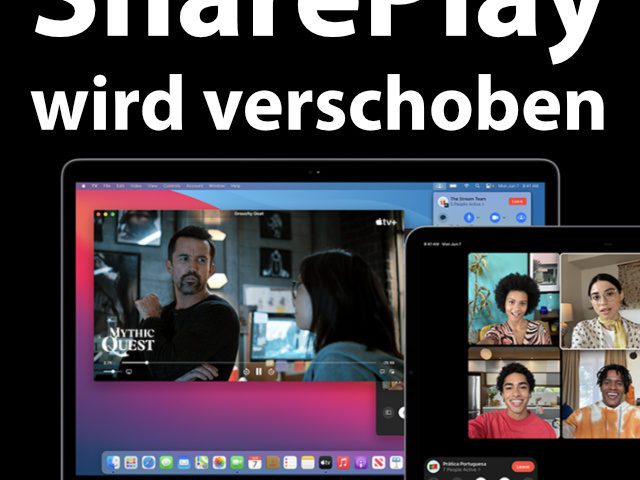 With shareplay did Apple as part of the WWDC21 keynote announced an important cross-platform feature for the iOS and iPadOS mobile operating systems as well as for tvOS. Via SharePlay, users should be able to enjoy multimedia content together - such as films and series from Apple tv +. The start of the streams begins synchronously for everyone, and communication can be carried out via FaceTime or other channels / apps. But the feature has disappeared from the current beta versions of the systems for iPhone and iPad. According to the relevant note for developers, it will also not be available for the launch of iOS 15 and iPadOS 15 in autumn 2021.

An important new feature that Apple announced for multiple operating systems at WWDC21 Keynote is SharePlay. This is now shifting; but it should be submitted this autumn.

Developers and testers of the sixth beta version of the systems mentioned will look in vain for SharePlay. The sharing feature for media and their shared, simultaneous consumption has been deactivated. In addition, it will not be available when the new systems are officially launched. Apple points to this, among other things, in one Update for developers that appeared yesterday and in which it says (translated):

So it (still) looks like Apple will only have to take a few more weeks to implement the feature. We can only speculate as to whether bugs, security loopholes or other errors are to blame. Developers who are currently working on their own SharePlay applications or embedding the function in their own app do not have to suspend work with the sixth beta. There is the "SharePlay Development Profile", which can also be downloaded. You can find the link under the message linked above.