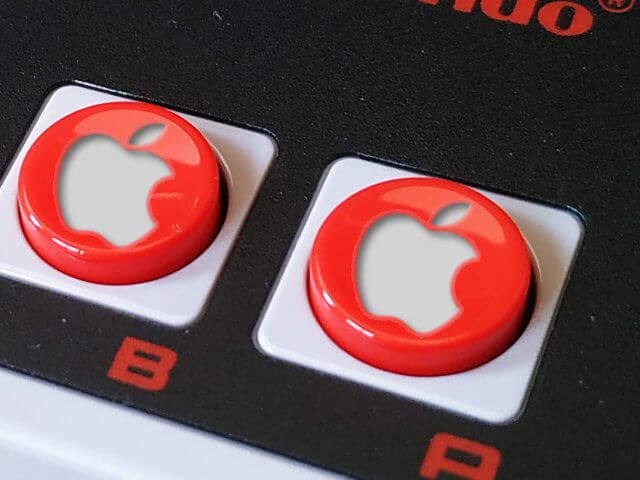 Apple buys Nintendo - Such a headline is quite conceivable for observers of the market as well as for some sources close to the company who are not precisely named. Because not only should Apple already work on a video game subscription service, the company from Cupertino must also use its cash reserves. The talk is of 130 to 200 billion US dollars. Apple CEO Tim Cook recently made it clear in an interview that this money will not (only) flow into the repurchase of shares or similar campaigns. Companies are still being sought that can be incorporated. For Tae Kim from Barron's Magazine, among others, this means: Apple's next big step should be the purchase of Nintendo!

Apple to buy Nintendo - is this a realistic or bogus headline? A new game subscription service would do well.

Tae Kim: “Apple's Next Big Move? It Should Buy Nintendo "

The above heading can be found at Barron's at this point read. The article opens with the question of what Apple can do about the current decline in its share and company value. In combination with the decline in iPhone demand and the popularity of games in the iOS App Store, one thing quickly emerges: Apple should buy Nintendo. Because the console and game manufacturer from Japan is like Apple's Asian twin: successful, wealthy and with its own DNA, i.e. a company culture that communicates internally and externally, is lived and passed on to customers. If the two corporate cultures are not mutually exclusive, the purchase could bring several advantages - Nintendo is also currently worth 34 billion US dollars, so a purchase is also financially possible.

In addition to the Apple Video Streaming Service, which is already based on a successful model - namely Netflix - the company from Cupertino could reach several target groups with a similar offer for games. Retro gamers, friends of indie games, gamblers of triple-A titles and casual gamers would be addressed at the same time for a ten-month subscription or a cheaper annual subscription as well as a link to Nintendo Online. At least if the Apple game service comes not only for mobile gaming on iOS devices such as the iPhone and iPad, but also and above all serves the Mac and Apple TV. Alternatively, there could be a USB-C dock that connects the iPad Pro to the TV - similar to the hybrid console Nintendo Switch.

The following sources have for you more information and ideas about the (maybe coming soon) game subscription service from Apple, including some figures and forecasts for which year the service should come:

It's not just about Nintendo, but also other companies that Apple could take over Report from boerse.ARD.de. Salesforce, iRobot, Tesla and more are named as possible candidates. From the gaming area onwards, Tesla would be a good candidate, it is said, because Apple is also researching self-driving cars and because Elon Musk wants to take the company off the stock market anyway. For Tim Cook, whose statements are included in an interview with CNBC, a company that is to be taken over by Apple has to trigger a certain wow effect and fit in with Apple. We'll see in the next few years whether this is the case with Nintendo as a game provider and Apple wants to offer itself as a distributor. Should Apple buy Nintendo, it will definitely be reported!