Apple Video - streaming service for films, series and documentaries is coming in 2019 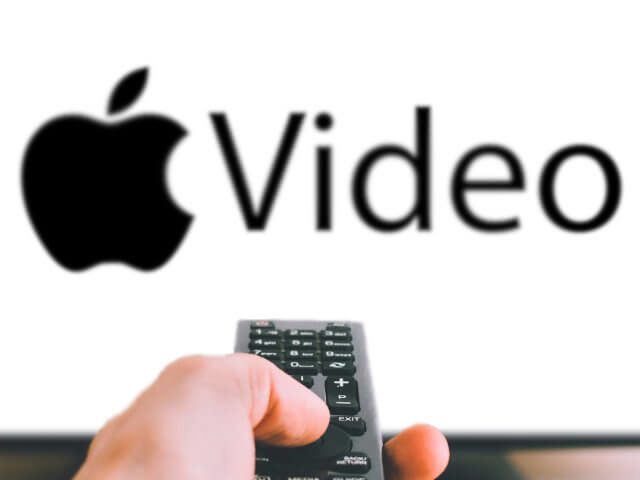 apple videos is the name of the streaming service from Cupertino, which is supposed to bring many rumors, reports and forecasts for films, series and documentaries to Mac, iPhone, iPad, Apple TV and Co. from 2019. Various studios, directors, actors and writers have already been hired for the Netflix-like offer. In addition, there is said to be a committed lobbying work in the USA, through which Apple intends, among other things, to gain advantages for video distribution beyond the previous iTunes service. I have summarized the current rumors, reports and facts about Apple Video for you here.

Post too long? Below are all rumors and facts as an overview;)

Apple Video could be the name of the streaming service from Cupertino. You can read here what other rumors and facts there are already about the films, series and documentaries on offer.

According to official information, the Netflix streaming service was able to report a worldwide number of subscribers of over 2018 million in October 137. That is roughly 1,67 times the population of Germany. In order to be able to compete with this giant and with its purchasing and distribution model for digital video content, Apple has to provide decent arguments with “Apple Video” - or whatever the service is ultimately supposed to be called. Not only classics and current hits from the fields of film and series, but also own productions that are convincing must be among them. Corresponding efforts are ongoing, however ...

Like Fool.com, among others berichtet, Apple has already signed a number of contracts with well-known and award-winning showrunners as well as with individual actors. In addition to showrunner, Emmy and Peabody award winner Jason Katims, there are also acting greats such as Reese Witherspoon, Jennifer Aniston, M. Night Shyamalan, JJ Abrams and Oprah Winfrey. Spending on contracts, concepts and probably entire scripts or even shoots is said to have totaled over 1 billion US dollars in the last year. That all sounds like a very big effort that points to a timely launch of Apple Video - maybe as early as WWDC 2019 or as part of the Apple SeptemberKeynote 2019

Apple documentation from the pros

Films and series are all well and good, but non-fictional content should also play a role in the Apple streaming service for 2019. Contracts with well-known names and studios have also been concluded for this purpose. Like Variety recently exclusively reportede, a deal was agreed with Ron Howard and Brian Grazer from Imagine Entertainment from Cupertino. This means that not only the partially award-winning music documentaries "The Beatles: Eight Days a Week - The Touring Years", "Katy Perry: Part of Me" and "Jay-Z: Made in America" ​​should be included in the offer, but also upcoming ones Documentaries about music, bands and artists.

Netflix invented the recipe for success

Apple could take much worse examples than Netflix for its video streaming service “Apple Video”. Because the great success of Netflix shows that the company - at least in the eyes of the users - is doing everything right. Not only does the company offer simple worldwide marketing for content from different studios and countries (popular example: "House of Money" from Spain, which was branded for Netflix).

But also the conclusion of a contract with top-class entertainment companies is a move that Netflix practiced long before Apple and is still successfully executing. B. Shonda Rhimes (Grey's Anatomy, Scandal and How to Get Away with Murder) bought away from Disney's ABC network. Ryan Murphy (Nip / Tuck, Glee, American Horror Story and American Crime Story) was also lured away from Twenty-First Century Fox with a well-paid five-year contract.

Netflix is ​​the competition Apple has to face. Will Apple Video also get its own buttons on TV remote controls from 2019?

A total of 100 countries are to be supplied with high-quality content produced by Apple itself at the start of the Apple video streaming service. In addition to its own productions, blockbusters, films and series from other studios and broadcasters are to be included. It is already foreseeable that the same offer will not be available in all countries. Depending on the distribution rights, individual content can be shown more easily in your country and only after certain parameters have been observed or not at all in other countries. Nobody can say in advance what exactly the offer will look like. We have to wait for the official launch. Reports on the 100 country release offer among others t3n and Macerkopf.

As with the “Carpool Karaoke” format that has already been purchased, the series produced by Apple, which is already estimated at 20, should be available free of charge to device users. For example, these series could be viewed in the TV app on Apple Mac, iMac, MacBook, iPhone, iPad, iPod Touch and Apple TV. Subscriptions could be offered directly in the app for further content and the productions of other studios and TV stations. Whether Apple takes over the subscription prices from Netflix, undercuts them or stacks them higher - that is still pending. However, it is also speculated that the TV app will not only offer its own free and subscription content, but also integrate Netflix, Amazon Prime Video and the like to make the Apple offer more attractive.

That Apple is working on self-driving cars and (not least with the Apple Watch Series 4) is also penetrating into medical areas, that is well known. As MacRumors pointed out yesterday, however, the whole thing under the administration of Donald Trump also means a lot of lobbying work. Incidentally, these efforts go hand in hand with lobbying for video streaming. Over the last year of 2018, Apple probably spent $ 6,6 million on these activities. According to the information, 2017 million US dollars were already sunk in the Trump administration in 7,1. For comparison: In Barack Obama's last year in office, in 2016, it was “only” 4,6 million US dollars. Source: MacRumors

Apple Video - Rumors and Facts at a Glance

Here I have summarized the rumors and facts about the Apple video streaming service in a clear list. This gives you an overview of the much information that I have given you in this post:

Conclusion on the Apple streaming service for films, series and documentaries

We can still only rely on rumors and fragmentary published facts when it comes to the Apple streaming service for films, series and documentaries. Even the name “Apple Video” is basically only speculative. Which series with which content and actors have already been planned or produced is still a mystery. Whether the service will come to Germany in 2019 is possible, but also not yet a real fact. Much remains open, but the information confirmed so far suggests great things. What do you think? Feel free to leave a comment on the topic!