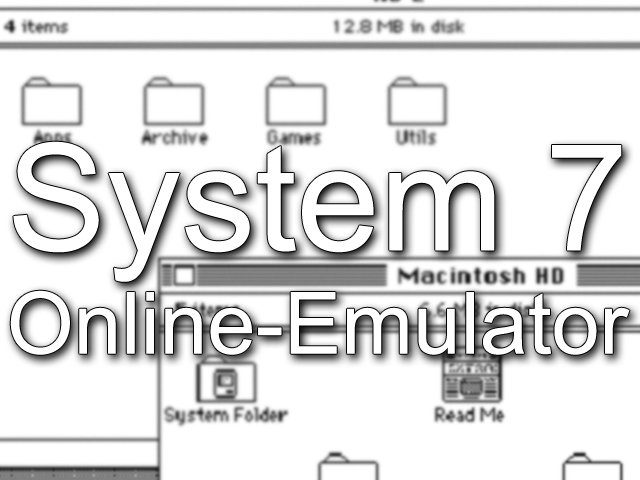 The operating system System 7, which was published by Apple in 1991 on the basis of the Macintosh system software, you can experience once again in its two-tone splendor online in Safari or another browser such as Firefox. Under the name MacOS System 7.0.1 Compilation it is again called “Welcome to Macintosh”. This means that the provider archive.org emulates one of the older versions of the operating system. Because the system was still on the market up to version 7.6.1 in 1997 (as Mac OS 7.6).

The Apple System 7, which ran on the Macintosh in the early 90s, can be relived in the online emulator using Safari, Firefox and Co.

If you want to go into the world and especially the graphics of the old Macintosh, you will find the online emulator for System 7 at archive.org. All functions that could be used with the System1991 in 7 are of course not available. However, all nostalgics get a decent load of Macintosh with the slimmed-down package. Here is the offer of the emulated operating system from Apple:

Start Windows 3.1 in the browser: Microsoft for nostalgics

Anyone who did not sit at Steve Jobs 'computer in the early 90s, but used the operating system from Bill Gates' workshop, now has the opportunity to make these memories come true again. Long sentence, but short: Microsoft's Windows 3.1 operating system in the version from 1992 can also be accessed online alongside Apple's classic System7. You can find the online emulator for the browser of your choice at classicreload.com.

Your opinion on the retro offers

What do you think of such offers? Ideal for everyone who wants to relive early computer experience or is superfluous because current systems are much better anyway? Feel free to leave a comment on the topic - even if you are still using the original systems on an old Macintosh or an old PC. I personally think, by the way, that the online versions of System 7, Windows 3.1 and other old operating systems including apps are a nice gimmick. Something for leisure and rainy afternoons;)