Apple iCloud, FaceTime or iMessage down or malfunctioning? Check it out here! 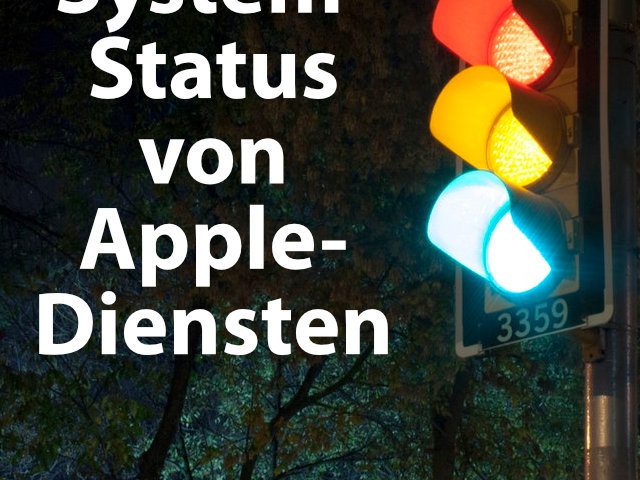 Has the iCloud failed? Why is Apple TV not working? Is the App Store down? These and similar questions can be asked if one of the Cupertino services is not working properly. FaceTime may not work properly for you or the iTunes Store may not be accessible. Whatever problems, failures and down times there might be with Apple offers, all information is collected centrally on a special support page and made available to users. Here I have some information for you System status-Overview page compiled. You can call them up with this link.

Is an Apple server down so that services such as iCloud, iTunes, FaceTime or iMessage are disrupted? With the system status, a special support page, you can find out!

System status from "App Store" to "Back to my Mac"

If an Apple service fails or seems to have failed, then it's worth a visit on this support page from Apple. There you will find the so-called System status, a list of Apple's services running on the company's own servers. From the App Store, Apple Music and Apple TV to FaceTime, iBook Store and iCloud to iMessage, iTunes and Siri, everything is included. 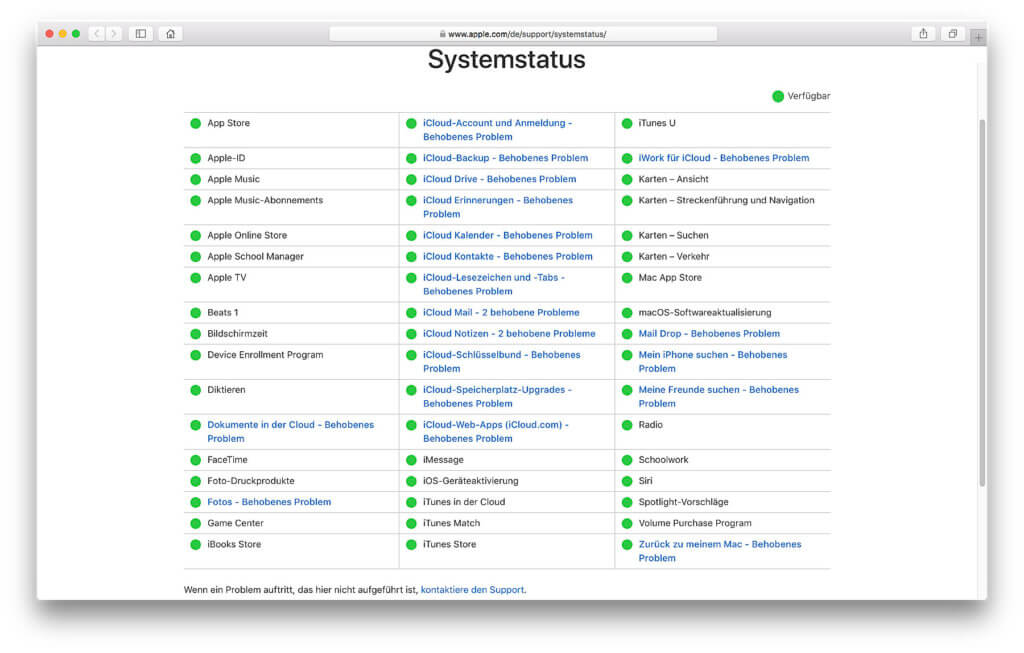 The Apple system status: Are the services from Cupertino available, disrupted by a problem or completely down? Here you can see it and you can also report down times!

If there are problems with a service, but it is shown as "Available", you can submit a report via a link at the bottom of the page. So if you think that the iCloud down or the server from the Mac App Store has failed, then stop by and give the support a tip if necessary;)

In addition to the services and offers for end users, there are of course also numerous programs and user interfaces for developers that run on Apple servers. These can be found on the English-language site called System Status call. You come to this support list with this link. The status of App Store Connect, Apple Music API, Apple News API, Bug Reporter, Device Check, iTunes Sandbox, Xcode Automatic Configuration and a few more are listed. In addition to "Available", there is also the status "Issue", as you can see on the screenshot here: 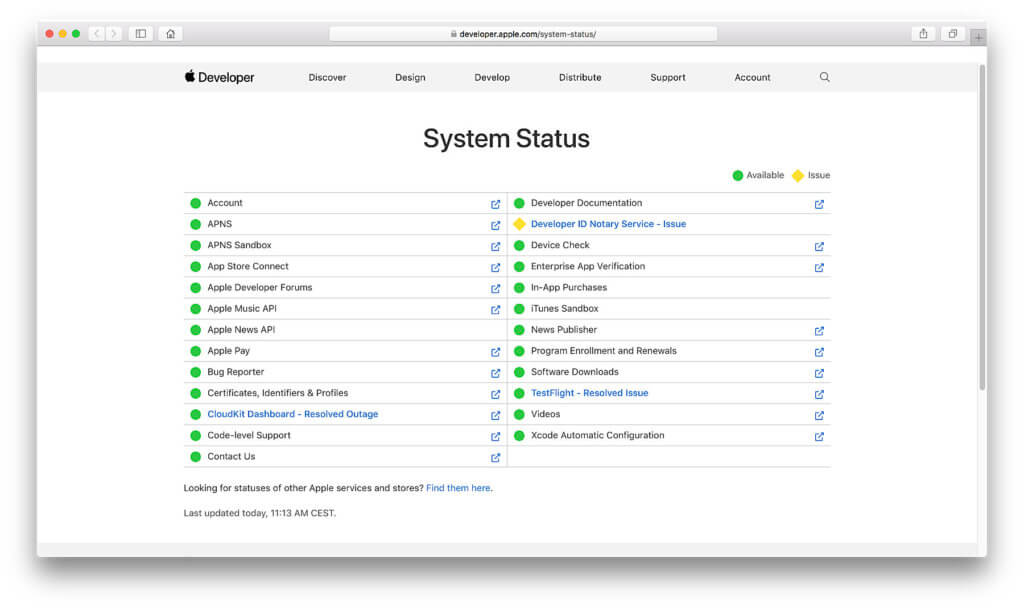 The system status is the equivalent of the above offer, but specifically for Apple's developer services and developer tools.