Apple vs. Epic Games: negotiation of Fortnite in-app purchases not until 2021? 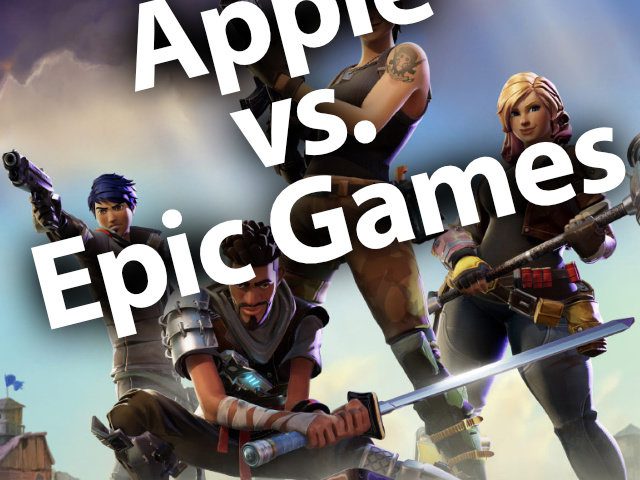 The dispute between Apple and Epic Games, the development studio of "Fortnite", has been going on since mid-August. And it could drag on well into next year. At least that is what is clear from the testimony of Yvonne Gonzalez Rogers, the judge who chaired a hearing on the subject yesterday. What it's actually about, why the negotiation is likely to be postponed to July 2021 and I have summarized even more for you in this post.

Apple and Google are sticking to the stake that results for them from in-app purchases on iOS and Android. Epic Games wants to change this approach in court. This can now drag on until 2021.

What is Fortnite and where is the problem?

Fortnite is a battle royale game for computers, consoles, smartphones and the like, i.e. a shooter with a competitive nature and a few other functions. The game is particularly popular with younger players because it has a comic-like design. This differs, for example, from a founder of the modern battle royale genre, PUBG.

The problem for Apple, which is why Fortnite was also removed from the iOS App Store, is how Epic Games deals with in-app purchases. For these, Apple requires the way via the App Store and a participation of 30% in the purchase price. However, Epic Games had built a detour into Fortnite so that an in-app purchase could also take place directly and without paying a fee.

Apple threw Fortnite out of the App Store for the iPhone - Google deleted the app from the Play Store for Android devices for the same reason. That was in mid-August 2020, and since then the individual companies have been suing each other. That can drag on for a while, as we now know.

Therefore, the negotiation will probably be postponed to 2021

There was an online hearing on the subject yesterday, chaired by Judge Yvonne Gonzalez Rogers. The federal judge said a jury should decide the case. Of course, she also gave a reason:

"I know that I am just a stepping stone for you", She said (freely translated) according to Reuters. The verdict that a jury would give on the case would not be easily challenged by higher courts. A corresponding process would therefore not be so simply a stepping stone (or a "stepping stone" as she said it) to the next higher level.

In the context of the previous legal dispute, the fronts are solidifying - Apple is sticking to the 30% share in sales, Epic Games wants to defeat the "monopoly" and obtain more open payment systems for iOS apps. Google is on the side of Apple and also argues for the 30 percent stake under Android.