Apple Watch battery level - where is the indicator? 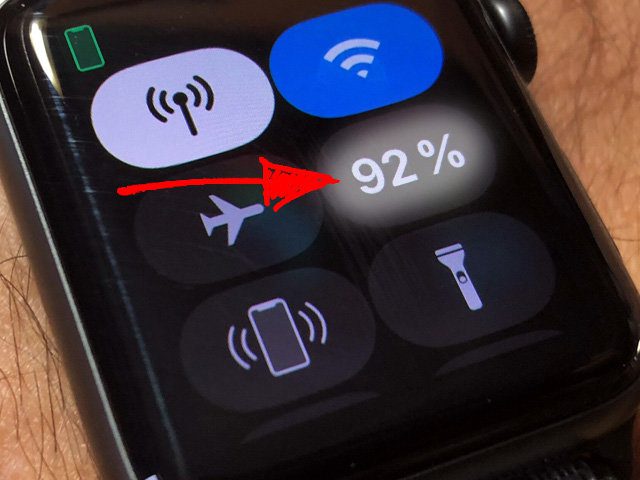 If you want to display the Apple Watch battery level, you will find several options in this post. You can call up this information about the battery charge on the smart watch itself as well as on the iPhone connected to it. In the following you will find the individual options for displaying the Apple Watch charge status (in percent), with instructions and pictures.

By default, there is no battery charge indicator on the Apple Watch display. You can read here where you can find them under watchOS. Images: Sir Apfelot

If you know other ways to display the Apple Watch charge status, then you are welcome to write them as a comment under this post. But let's start with an explanation of the individual points.

If you have activated the watch display and see the three colored rings or if the clock face is displayed, then swipe up from the bottom of the display with one finger. So you access the control center under watchOS, in which the Apple Watch battery level is displayed in percent.

You can find the Apple Watch battery level in percent in the control center.

A little additional tip: If you tap the battery indicator in percent in the control center, the Apple Watch will show you additional data and options. For example, you can activate the “power reserve” or view the charge status of your Apple AirPods.

Check the charge status with Siri - also via iPhone

As with the iPhone itself, you can use Siri voice assistance to query the charge status of your smart watch battery there and on the watch itself. All you have to do is give Siri the command "Battery" on the Apple Watch with watchOS. On the iPhone with iOS, on the other hand, you say "Battery Apple Watch" - of course you can also formulate a whole question or a command from it;)

Find out the battery capacity when charging

You can hang it on the charger not only when the red flash appears on the display and asks you to charge the Smart Watch from Cupertino. If you do this, the screen also briefly shows the current battery charge level. So you know roughly how long you have to wait until the battery is fully charged.

What do the colored rings on the Apple Watch mean? Here's the answer!

Activate the battery complication in the dial

With some clock faces you can add a so-called "complication" or several of them. The somewhat unfortunate word chosen by Apple describes a mini app or a widget for the clock face, which gives you information at a glance. If you activate the battery complication of the Apple Watch, a green ring with a number in it will be presented to you on the dial display - this is the Apple Watch battery status display; the number describes the charge level in percent: 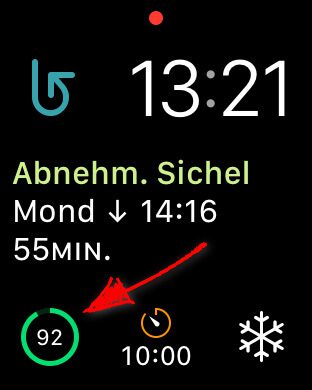 The Apple Watch battery level on the display as a dial complication.

Whether via Siri in watchOS or in iOS on the iPhone, via complications in the watch face, when charging or via the control center - you can display the Apple Watch battery level in different ways. So you always have an overview of the battery charge of the watch as well as the battery status of the connected devices in the other settings. Do you have any questions, comments or other feedback? Then please leave a comment on the topic. Also take a look at the official one Apple support site past ;)