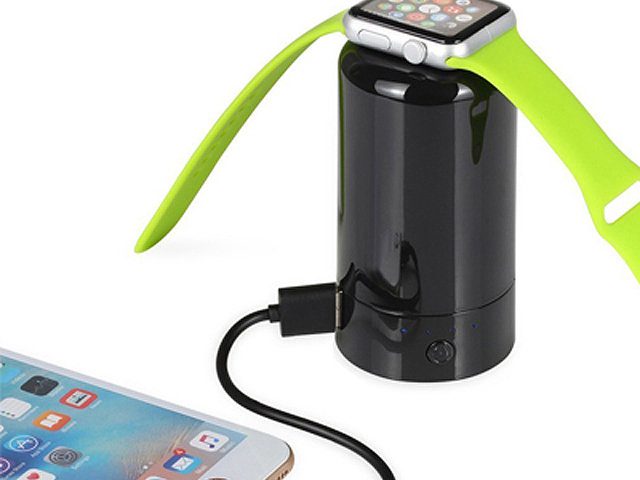 When you're on the go and your day is longer than just 18h, then an Apple Watch Powerbank can be useful for the Smartwatch from Cupertino. Small models for one-time charging of the Apple Watch on the go are inexpensive and available as key rings. If you want a power bank for the Apple Watch that allows multiple charges and to which you can also clamp the iPhone, then the corresponding external batteries are somewhat larger and also more expensive. Here I have put together a selection for you so that you can quickly and easily find the right Apple Watch Powerbank for your needs.

When looking for an Apple Watch Powerbank you will find different models. Here is a selection so that you can find the right external battery for the smartwatch.

How much mAh does the Apple Watch battery have?

Before you buy any power bank for the Apple Watch, you must of course consider how often you tend to want to charge the Apple Smartwatch on the go. First of all, it is important how much mAh the Apple Watch battery actually puts on the speedometer. Here are the values ​​that you can follow:

For currently just under 35 euros you can buy a power bank for the Apple Watch from Amazon, which can simply be clipped onto a keychain. According to the manufacturer, the Apple Watch Series 1, Series 2 and the Nike + version can be charged with the external battery in both the 38 mm and 42 mm edition. Full charging is possible up to 1,5 times; however, a total capacity of 700 mAh is specified, which gives hope for more: 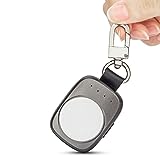 Power bank for iPhone and Smartwatch

This external battery is much cheaper, equipped with more power and can be used for the iPhone as well as the Apple Watch. With 4.000 mAh you are on the road for a long time and can charge the Smartwatch from Cupertino several times. In between, you also hang the iPhone on the cable, which you stow inside the external battery. A sophisticated solution for on the go in the garbage can look of the Apple Mac Pro;)

6.700 mAh for watch and smartphone

Do you want even more capacity for even more flexibility? Then you might like the Belkin model. You are already used to high-quality products from this manufacturer - but that also has its price. The power bank for iPhone and watch with 6.700 mAh currently costs 99,99 euros on Amazon. Details on the MFi certified You can find the device on the product page: 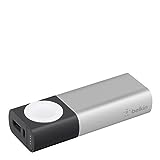 If you're looking for a power bank for iPhone and iPad that can get you up to 20.000 mAh on the clock, then you should check out mine Review of the AUKEY PB-N15 watch. A really recommendable battery for all devices that can be charged via USB.