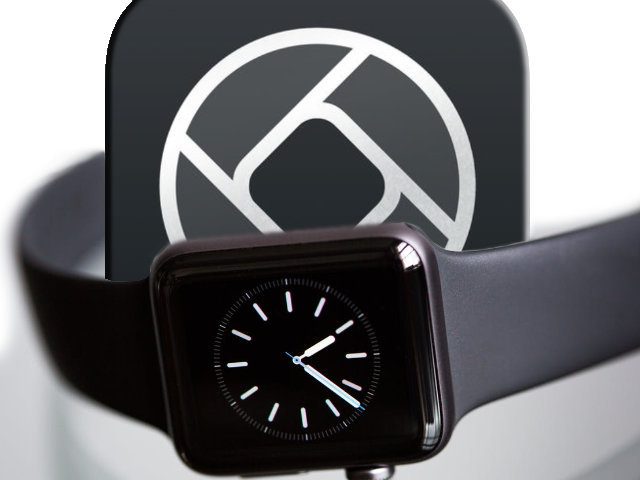 I met you two months ago the Halide app presented as a professional photo app with RAW recording and depth effect for the Apple iPhone. Since then, the alternative to Apple's camera application, which is integrated in the iOS of the smartphone, has become a favorite at Apfelot. Especially pictures in critical light situations are very good with it - as well as in combination with a tripod and some time. Product images for test and experience reports can also be designed in a much more differentiated manner with Halide. The new remote shutter release function on the Apple Watch now helps to prevent camera shake, as it acts as a remote control for the iPhone camera.

The Halide app on the Apple Watch serves as a remote shutter release / remote control for the iPhone camera.

In the last few months, Halide has become my favorite photo app when it comes to taking pictures in critical light situations, but where I can make the settings with a tripod and without stress. Apple's own photo app is certainly better for taking snapshots of the children, but if you want to take photos at dusk or if you want to take pictures of completely white objects (in my case adapter or cable) in normal light, for example indispensable to be able to adjust the exposure properly. Otherwise details will be swallowed up with white cables because everything is completely white and there are no more gradations in white.

With the update from Halide for the Apple Watch, the developers now make it possible to position the iPhone anywhere and trigger the photo with a touch on the watch. This can be used on the one hand to prevent shaking by touching the iPhone, but also great for taking photos of animals. For example, I have a tit dumpling hanging in front of the window, but of course the birds always fly away when I stand behind the window. With Halide and the Apple Watch, I can now bring the iPhone into position and trigger it from a distance using a wrist device. 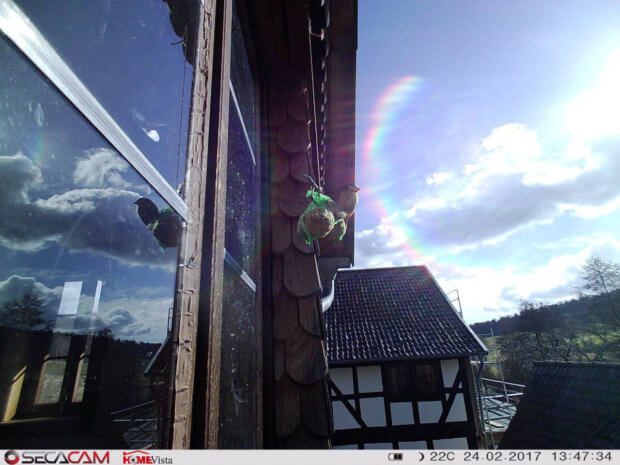 With Halide 1.8, tit balls and birds can now also be photographed from the inside. (Picture comes from a wildlife camera test).

More about the wildlife camera: SecaCam test as wildlife and surveillance camera

Preview and timer for self-portraits and group photos

By the way, you also live in the future of iPhone photography if you use the other features of the Halide app on the Apple Watch. In addition to the remote release, you can also use a self-timer with a timer - you use the time that is running down to align yourself and the group correctly. Because you get a preview of the picture sent to the watch and thus avoid the annoying look-up, the re-recording, the re-looking, the re-recording, the re-looking ... and so on;)

Quote from the App Store:

Now you can use your Apple Watch as a remote shutter release - even with a live preview! Whether you want to take part in a group photo yourself or simply want to avoid a blurred picture in long exposure - you can now access Halide directly on your wrist. Simply open Halide on your mobile phone and then open the Halide Apple Watch app. Yes, it really is that simple!