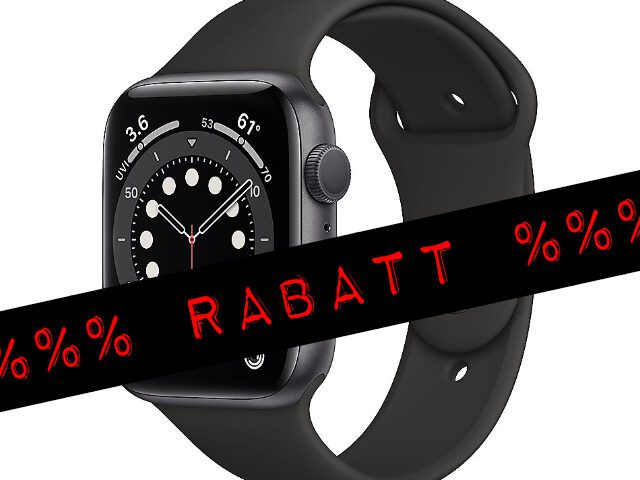 The Apple Watch Series 6 from 2020 is currently available for € 425 instead of € 459. You can grab the discount as part of Cyberport's Cyberdeals. The Apple Watch Series 6 is offered with a 44 m housing as a GPS model (no own cellular network). Financing with 0% conditions and a subscription for inexpensive 24-month usage are possible. Details about the Smartwatch from Cupertino and the offer with a lower price can be found at this point at Cyberport. As part of the Cyberdeals, a MacBook Air and the iPhone 12 can also be bought at a lower price up to and including Wednesday.

You can buy the Apple Watch Series 6, iPhone 12 and MacBook Air cheaper until January 27.01.2021th, XNUMX. Here you can find the link to the Cyberport Cyberdeals.

In addition to the one already mentioned above Apple Watch Series 6, which you can order cheaper thanks to the current Cyberdeals, you can also get a MacBook Air and the iPhone 12 with 128 GB of storage for less. The MacBook Air with 13,3-inch display and Intel i5 processor from 2020 is available for € 1.219 instead of € 1.461,21. The price of the iPhone 12 drops from € 949 to € 899. To an overview of all current Cyberdeal offers you come with this link. There are also other laptops, e.g. B. from Lenovo, Dell and Huawei, a 23,8-inch monitor from Dell, Bose headphones, a NAS system from WD, a keyboard from Logitech, etc.

The 2 TB SSD storage from Crucial could also be of interest to all PC owners. The memory bar with PCIe connection is suitable, for example, for the gaming computer on which larger and graphically more complex games are to run. The discount can be seen with over 100 €. In addition to computer accessories, there are Cyber ​​deals A DeLonghi coffee machine, a set of 3 smart Eve thermostats, a smart Bosch outdoor camera and the like can be bought cheaper. Feel free to leave a comment with the offer that convinced you the most;)