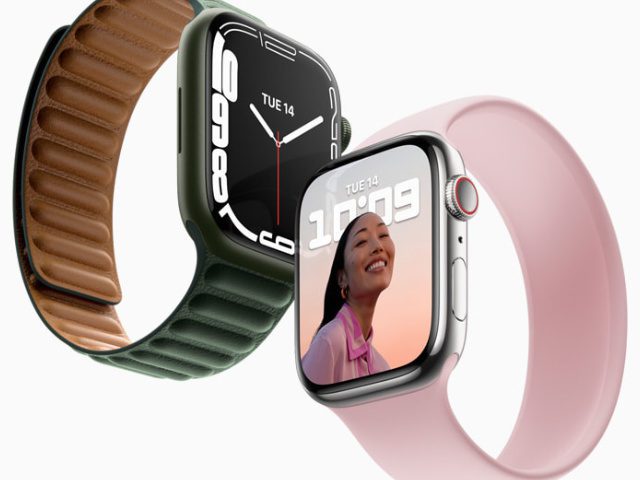 In addition to the iPhone 13 (mini), The iPhone 13 Pro (Max) as well as the new iPad and iPad mini, Apple yesterday launched the Apple Watch Series 7 presented. The new Smartwatch from Cupertino not only has a slightly larger case than its predecessor, but also has narrower edges around the display. That's why it now offers 20% more space for displaying watch faces, apps, messages, pictures and more. There are also new features for cycling with the Apple Watch Series 7 and watchOS 8. Furthermore, Apple Fitness + is supported, which will also be available in Germany, Austria and Switzerland in 2021. Further details, specs and the prices of the Smartwatch can be found here.

The new Apple Watch Series 7 will hit the market later in the fall of 2021. There is then a choice of models with 41 mm and 45 mm housings. All previous bracelets are still compatible.

According to Apple, the new Apple Smartwatch is the most resilient Apple Watch so far. This is partly due to the new, scratch-resistant surface of the display. Of course, the ECG function is also included, and the blood oxygen can also be measured. During the numerous workout options as well as in everyday life, there is "fall detection", i.e. the registration of falls. But let's start at this point with the general technical data from the Apple Watch Series 7 data sheet: 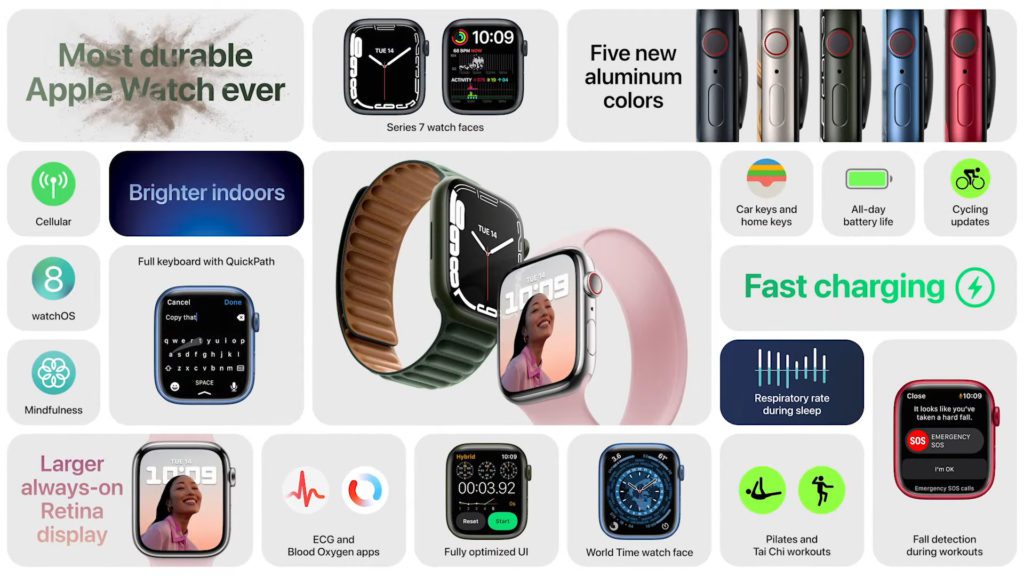 New, old and improved features are coming to the market with the Apple Watch Series 7 and watchOS 8. However, there are still no exact specs and prices, which may be due to a late release or the underlying shortage of parts.

This year there were a lot of rumors in the run-up to the Apple September keynote. With regard to the Apple Watch, it has been confirmed that the case is getting bigger. Models with 41 mm and 45 mm diagonals will be available later in the autumn. However, it has not been confirmed that the edges of the watch will be flattened to match the design of the iPhone and iPad. On the contrary, the edges have been made a bit rounder and therefore smoother to look at.

Another rumor that had a true core: the Apple Watch will be presented without a release date. Apparently there is really a shortage of parts. As a result, not only is the announcement “later this autumn” in the room, but also that there is still no specs page offered by Apple and no prices in euros. I will submit these details at the appropriate point. So far we can orientate ourselves on the US price, which was announced at the Apple September Keynote 2021: from $ 399.

Apple insists on the battery life of 18 hours for the new model of its smartwatch. However, if you are one of those power users whose watch battery is already running out of power, then you might be interested in the fact that the new model charges from 45% to 0% in just 85 minutes. That is 33% faster than the Apple Watch Series 6 from 2020. A magnetic charger is used again, which is attached to the back of the case.

Apple Fitness + will be available in a total of 21 countries

"Apple Watch Series 7 delivers many major improvements - from the largest and most advanced display to greater durability and faster charging. This makes the world's most popular smartwatch better than ever"Said Jeff Williams, Apple's chief operating officer. "The Apple Watch comes with watchOS 8 and helpful new functions for staying connected, tracking activities and workouts and getting a better overview of health and wellbeing.“The focus will soon no longer only be on the standard watch workouts (swimming, cycling, jogging, etc.), but also on Apple Fitness + courses in this country.

Previously, Apple's guided training offering was only available in the US, UK, Ireland, Canada, Australia and New Zealand - some countries where English is the primary language. The now more than 1.200 workouts from different areas will initially remain in English, but will also come to these countries with the respective subtitle languages: Austria, Brazil, Colombia, France, Germany, Indonesia, Italy, Malaysia, Mexico, Portugal, Russia, Saudi Arabia, Spain, Switzerland and United Arab Emirates. A streaming device (Apple TV, iPhone, iPad, Mac, etc.) and a subscription to the service are required for playback. If you want to test it, you get the first month for free. 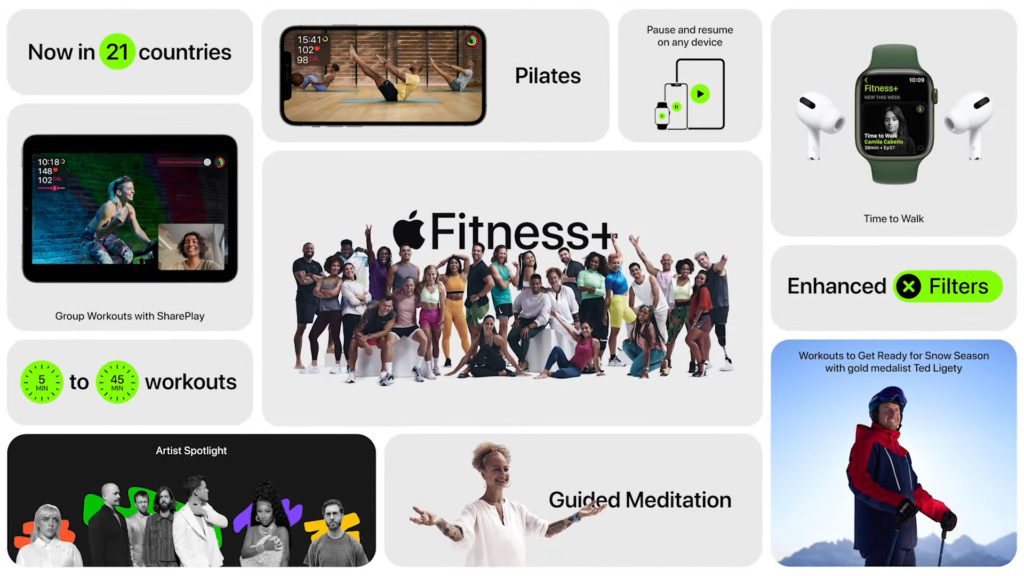 The steadily growing range of Apple Fitness +, which is currently being expanded to include Pilates, guided meditation, ski and snowboard training, as well as audio offers for walking, is coming to Germany, Austria and Switzerland in addition to other countries.

If you want to find out more about the Apple Watch Series 7 or read about the other devices (iPhone and iPad) that were presented yesterday as part of the Apple September Keynote 2021, then simply click into my summary of the special event. There you will also find the complete “California Streaming” keynote as a video. At this point I would just like to conclude with that Introduction video to show the new Smartwatch from Cupertino. Have fun with it: