Apple's “Spring loaded” event: Will there be any new iMac models tomorrow? 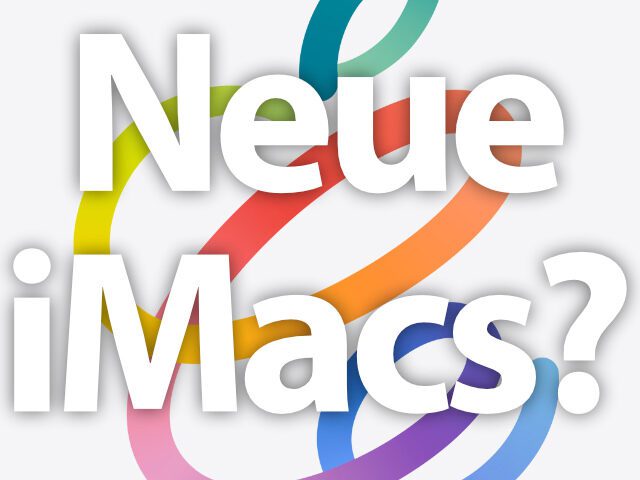 Will the first iMac models with “Apple Silicon” SoC hit the market tomorrow? At its April 2021 event, will Apple not only present a new iPad Pro, the Apple Pencil 3 and the AirTags, but also the desktop computers in different colors? Some sources assume this, including the often correct Leaker @ l0vetodream on Twitter. In one Tweet it shows without many words (or only with an emoji and two pictures) the connection between tomorrow's event and new iMacs. This has already been taken up by MacRumors in one Post . 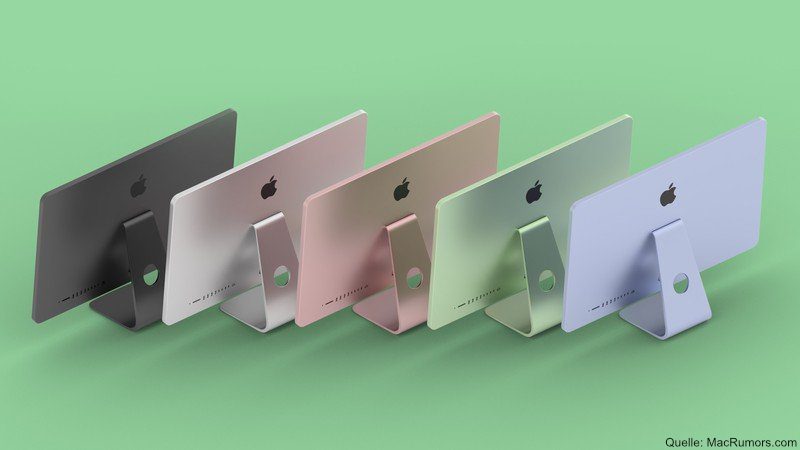 This is how some imagine the upcoming iMac models from Apple. As a reminder of the Apple iMac from 1998, the versions with the Apple Silicon SoC could be colorful again. Source: MacRumors.com

Due to leaks and the stylized apple as the symbol of tomorrow's keynote, it is almost certain that there will be a new Apple Pencil as a stylus for the iPad (Pro). Along with this, a new iPad Pro with a 12,9-inch display and mini LEDs will probably also be presented. Also - to all appearances - the AirTags trackers expected for last year will be launched.

Due to the plan communicated by Apple to convert all Mac models to their own SoC models without an Intel CPU by 2022, the iMac is now also coming up again. As a reminder of the original iMac from 1998, the new model is to be offered in different colors. Various render graphics and suspected leaks have repeatedly shown iMacs in pastel colors such as blue, green, pink as well as white / silver and black (see above) in the last few weeks.

Contribution to the announcement: Apple event confirmed - how to find the live stream!

What do you think Apple should introduce?

What do you expect from tomorrow's “Spring loaded” event? Could the third generation of the iPhone SE perhaps even be presented? Or something completely new that no one has on their radar right now? Feel free to leave a comment if you want to share assumptions, wishes or insights. Interesting discussions and collections of questions and answers on the subject of Apple can also be found in the Sir Apfelot Forum.