Futurezone shows which apps refugees use - for escape, communication and understanding 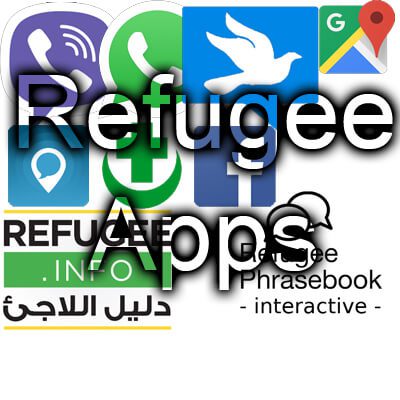 On the Austrian side Futurzone.at there is an extensive article that shows which apps refugees use on the run, for communicating with their families and for understanding in the asylum country. The contribution was written by Nizar Al Hussan, who already wrote an extensive text for the page and its column in October Refugee blog wrote. I think that the topic is interesting and that such articles are important for a balanced debate (which is often also conducted in a private environment and with far too little knowledge).

Apps for Refugees: These apps are (often) used by refugees to get information and to communicate. (Image source: Play Store)

The is not only in German, but also in Arabic Article at Futurezone written. In addition to German-speaking people in Austria, Switzerland and Germany as well as elsewhere, people who can speak or read Arabic can also find out more about the topic. The apps listed that are used by refugees fleeing war and persecution, for communicating with family and friends, and for communicating at their current location include the following:

Smartphones are not a luxury item

I think or hope that anyone who has been outraged that refugees have smartphones has taken three steps further. These people are from a war zone, yes. But that their homeland was "bombed back to the Stone Age", as Curtis Emerson LeMay would probably put it, does not mean that they come from such an era. Welcome to globalization and a world in which there are smartphones everywhere - an important tool, not only so that you don't have to concentrate on important things, but also for really important things. For To Survive for example.