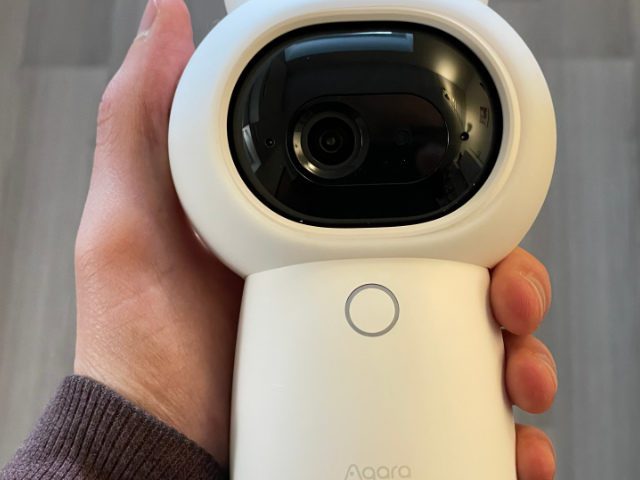 Today I will briefly present them to you Aqara Hub G3 Security camera with HomeKit compatibility. This can not only be used as a camera indoors, but as its name suggests, also as a hub for other smart home devices. The 2K camera, which can be controlled via dual-band WiFi and used with Apple HomeKit Secure Video, Amazon Alexa and Google Assistant, can be used as a Zigbee 3.0 hub to connect up to 128 other devices. It also offers a 360° all-round view, infrared night vision and other interesting features. You can currently get them with a 24% discount.

The Aqara Hub G3 is a surveillance camera with HomeKit compatibility, which can be used as a Zigbee hub for up to 128 other devices, sensors and controllers. Here you will find the most important data. A review will follow later.

The Aqara Hub G3 camera offers a resolution of 2.304 x 1.296 pixels, night vision, face recognition, gesture recognition and the option to operate it using a remote control (not included). It is intended for indoor use and can e.g. B. can be used as a baby cam. But you can also use it as a security camera for the office, living room, hallway and more. It can also be coupled with sensors and controllers from Aqara, which can then also be used with HomeKit, Alexa, Google Assistant and Co. via the device's hub function. The camera currently has over 75% good and very good ratings.

I received a test device from the manufacturer and can therefore soon provide you with an Aqara Hub G3 test report with first-hand experience. Do you have questions that you would like to see answered in the test? Then feel free to leave a comment and I'll see that I can find an answer when trying out the surveillance camera. Apart from that, I am also still curious to see how easy it is to operate the camera via the Home app on the iPhone, how good the recordings will be and whether all the manufacturer's promises will be kept. Are you already using the device? Then please leave a comment!