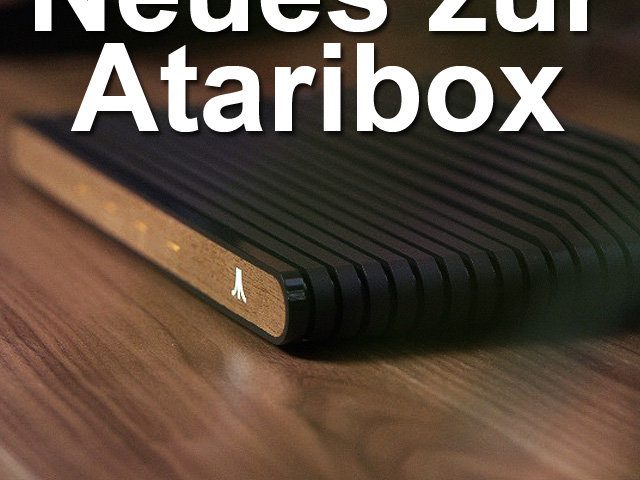 Atari has just released new information about the Ataribox, the new console from the former video game giant. While in the last few months it was only guesswork, there are now actually details about the hardware, the operating system, the scope of the software, additional offers in addition to the games (streaming, internet use, music, etc.) and financing via crowdfunding Platform. Here I have summarized all the news and current information about the Ataribox, which should be available for sale in spring 2018.

There is news about the Ataribox, technical data, the operating system, processor, graphics card, apps, games, the price and the release. Soon you can buy the new Atari console;) (Image: Atari Inc.)

I cannot provide you with a detailed data sheet for the Ataribox yet. But the technical details that Atari communicated by email. Some specs might surprise, others were predictable. Here is an overview of the details about the Atari box mentioned in the Atari mail:

The release of the Ataribox is planned for spring 2018. The price should range between $249 and $299. As previously announced, there will be different versions of the Ataribox, which are reminiscent of the Atari 2600 console in terms of design and choice of materials, but should still be modern. Pre-order the Ataribox and im Early Access You can probably buy from autumn 2017 on the Indiegogo platform. There should also be special editions and price models for the crowdfund supporters who help finance the Ataribox via Indiegogo. By the way: yes, the front of the new Atari console is again made of real wood ;)

Games, internet, streaming and more with the Ataribox

Some Atari classics should therefore be preinstalled on the Ataribox console, which should be available for purchase in 2018. In addition, the open Linux system, which among other things allows adaptations by developers and users, should also support apps, social media or social networks, internet browsers, streaming of films, series and music as well as similar applications. It should be a PC for the Smart TV. Whether new games are available via modules, CDs or just through downloads, which titles are planned and what the price for an Ataribox game will be, that is still open. There is only this statement:

You can find more information, pictures, a video and updates on the console at Ataribox.com.