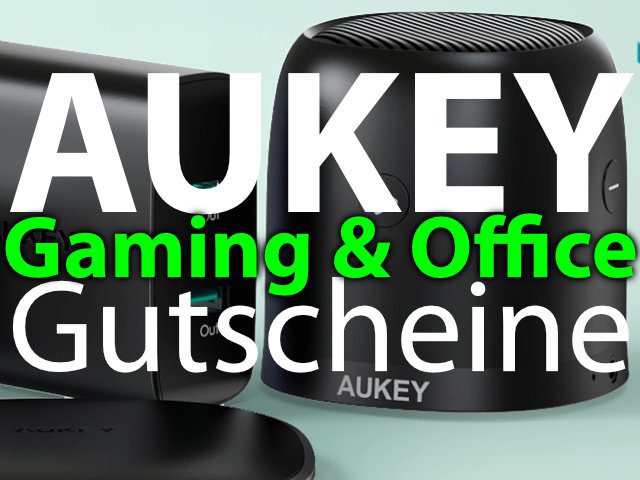 In addition to the previously presented AUKEY coupon codes for the time around the Amazon Prime Day 2018 There are also a few Prime Day offers from the technology manufacturer for all those who are looking for new equipment for gaming or office tasks. In addition to various computer mice, there are also HDMI splitters / distributors, HDMI Ethernet extenders, power strips, a microphone for Let's Plays and streaming, a keyboard and other offers. In the following table you will find the individual deals with details on the coupon code, promotional period and links to Amazon.

In addition to numerous offers, you will also get mice, keyboards and more for gaming and office from AUKEY on Amazon Prime Day.