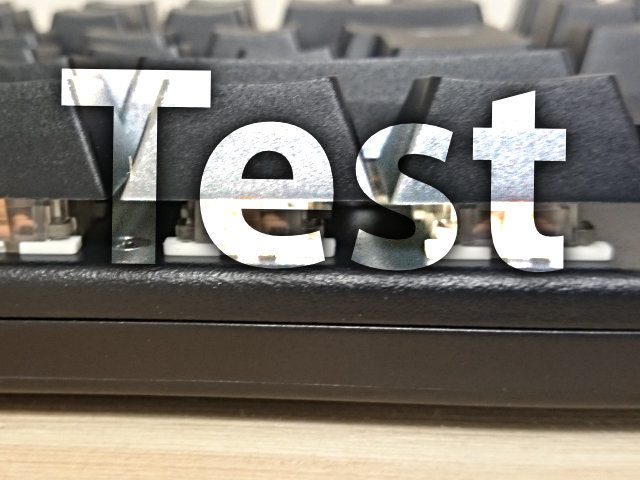 The keyboard I'm typing this review on is the AUKEY KM-G9. The 88-key keyboard has Outemu Blue Keys and multimedia functions. In the test, I not only examined these features, but also other features of the device, which works via plug & play on PC and Mac. I can confirm the anti-ghosting, i.e. the fact that the keys don't get in each other's way even when typing quickly. I also checked whether the accessories for the computer and word processing could handle water.

The unboxing of the AUKEY KM-G9 keyboard is extremely unspectacular. The packaging is a beautiful box with a stylized print of the device; inside you will find the same packed. In addition to the keyboard without numeric keypad, packaging and padding, you will also find a small operating manual and the warranty card. 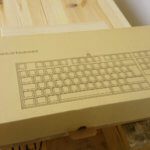 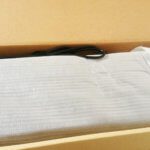 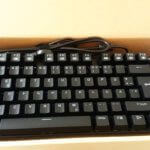 Keyboard in a box 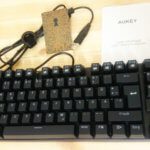 In the last few weeks, the test naturally consisted of using the keyboard and trying out the individual functions. What is noticeable at the first stop is the volume. I was aware of this even before using it and was therefore excited about it. When you write, there is a feeling of a quieter typewriter. Because every time a button is pressed, there is a characteristic click. You have to like that; those who prefer quiet keyboards should use those with flat keys and other mechanics underneath;)

The multimedia buttons on the AUKEY KM-G9 were noticeable in terms of their function. Because there are FN keys for media player, volume up / down, mute, stop, play / pause, next / previous song and those for mail programs, web browsers and the like, but they do not all work on the Apple Mac or MacBook under macOS . While I had no problems with Windows 10 on a Lenovo laptop, the Apple computer only accepted loud, quiet, mute, play and pause. Surprisingly and without an FN or any other designation, there were the following key assignments when used on the MacBook:

Key distribution on Windows PC and Mac with macOS

I could still understand that the F keys and the scroll and pause keys on the Mac have special functions. However, there was an abnormality that I could neither explain nor solve correctly: The key for "^" and "°" (top left) and the key for "<" and ">" (next to Shift) had been swapped on the Mac Roll. On the Windows computer, you put the printed characters on the screen as normal and just like on any other keyboard. Under macOS on my MacBook, however, they were like exchanged. After trying things out in the language settings and other menus, I then solved the problem on the hardware side and simply exchanged the buttons: D

Under Windows on the PC everything works as it should. There were some surprises on the MacBook under macOS, which I solved in this way, among other things.

If you have been using the device for a few weeks and also like to eat something while sitting at the computer, then it is almost inevitable that you will share your meal with the writing instrument. Whether it's a juicy apple that is spread without being asked, or crumbs that are fleeing from the bread - all of that should be fine with me. I was able to test the water resistance specified in the product description of the keyboard by showering under the tap. After washing twice, the AUKEY KM-G9 was not only clean every time, but (after drying briefly) it was also completely ready for use.

Conclusion on the experience

My experiences with the AUKEY KM-G9 as a writing instrument are positive. The daily writing progresses quickly and a constant clicking and clicking is the acoustic companion. If I don't like this, there are other options available, such as the keyboard built into the MacBook. I found the reversed roles of two keys a bit strange and it was a pity that some FN keys did not work on the Mac. But if you just want to have writing and a little typewriter feeling with you, you can do without the function keys and come to terms with the ^ ° - <> weakness. If you use Windows on your PC, you can use everything as intended by the manufacturer. Everything was great under Windows 10 on a Lenovo laptop!

Buy AUKEY KM-G9 and other keyboards

Unfortunately, I took such a long time for the test that this model in particular is (currently) no longer offered by AUKEY on Amazon. But there are still slightly overpriced second-hand offers for this model. Basically, that doesn't matter, because the big brother, which in addition to the named keys and functions also has a number pad, is available from AUKEY. Versions with round keys, which are even more reminiscent of old typewriters, are also available directly from the manufacturer in the corresponding Amazon shop. Check it out: