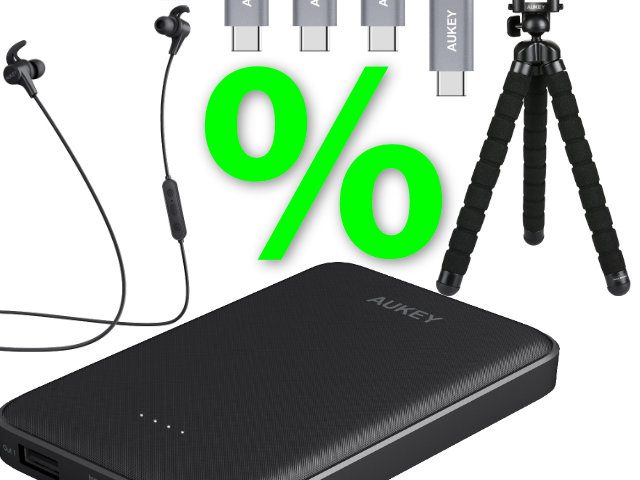 In addition to the many technology offers that I presented to you yesterday, AUKEY also placed a few lightning offers. I have summarized the individual Amazon deals for today, July 17, 2018, as well as for the coming days. You can still pick up individual products as bargains until Sunday.

In addition to the Prime Day offers from several manufacturers that were presented yesterday, AUKEY has some lightning offers today and in the coming days.