Available from today: HomePod mini in orange, yellow and blue 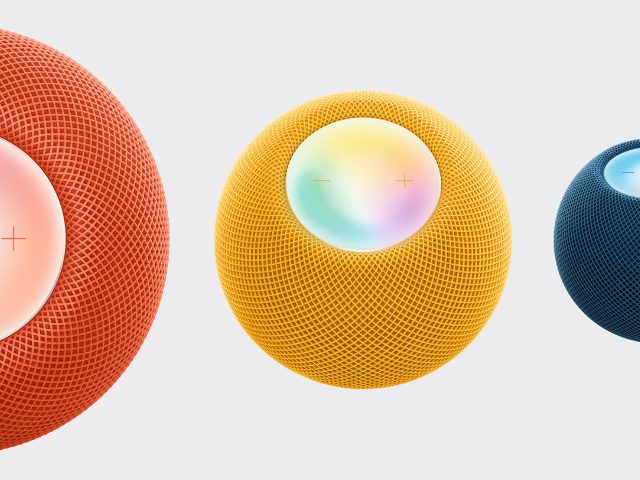 The Apple October Event 2021 In addition to the AirPods 3 and the new MacBook Pros with M1 Pro and M1 Max, the new versions of the HomePod mini were also presented. In contrast to the new headphones and laptops, these are not primarily characterized by modernized hardware, but primarily by their colors. Because in addition to the HomePod mini in black and white, there are now also versions in orange, yellow and blue. As Apple announced in a current press release, these are available in stores from today. I have summarized further information for you in the following.

As of today, the Apple HomePod mini is no longer only available in black and white, but also in orange, yellow and blue - as presented at the October Keynote 2021.

The HomePod mini is primarily intended for use with the iPhone or iPad. Thanks to the integration of Siri, the intelligent loudspeaker should be used in the smart home. "The HomePod mini makes controlling smart home accessories a breeze. With simple voice commands for Siri, you can turn off the lights, change the temperature, lock the doors, set up a scene or control devices at certain times. With Intercom, users can send a voice message from one HomePod mini to another - regardless of whether it is in a different room, a specific zone or in several rooms throughout the house“, It says in the today's press release.

Of course, the focus is on audio playback. The small Bluetooth speaker can be used for music, podcasts and TV content, for example. B. be used. Coupled with a second, stereo use is possible, for example on an Apple TV or Mac. "The HomePod mini uses computational audio to deliver a rich and detailed audio experience and peak performance. It creates an impressive 360 ​​° listening experience that sounds great from every direction. With multiple HomePod mini speakers, users can: play the same music throughout the house, play a different song in each room, or create a stereo pair for an even more immersive experience“, It says.