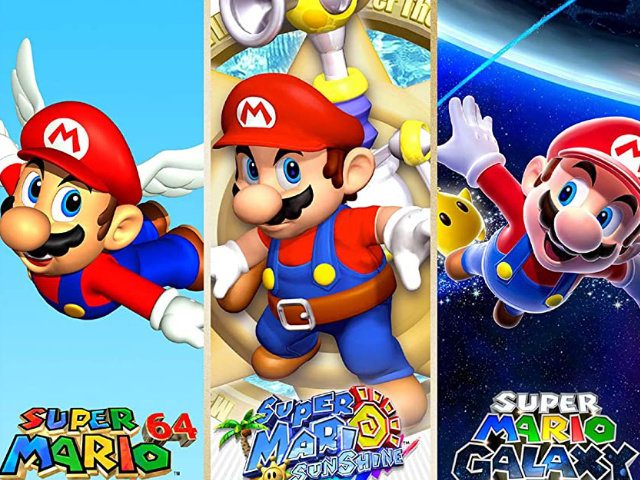 You can secure the first three 3D titles from Nintendo's “Super Mario” series as a set for the Switch from today. Super Mario 3D All-Stars includes Super Mario 64, Super Mario Sunshine and Super Mario Galaxy. The limited game is only available until March 2021 - collectors should get a physical copy now. Because after the 35th anniversary of Mario is finished, the game will probably only be available at overpriced prices on eBay. In this post you will find more information and details and of course the price for the game package.

Starting today, you can buy Super Mario 3D All-Stars. Both a physical version and a download code for the Nintendo eShop can be ordered from Amazon. The set includes Super Mario 64, Super Mario Sunshine and Super Mario Galaxy.

The new game collection for the Nintendo Switch shows the interesting development of the 3D titles from Nintendo's Super Mario universe. With Super Mario 64 Nintendo founded the new way of game development in 1996 on the Nintendo 64. Instead of 2D graphics, this title used polygons for the first time in this series. The whole thing looked a bit smoother Super Mario Sunshine which came out in 2002 for the GameCube. As the third part of the 3D Mario series is Super Mario Galaxy which was released for the Wii in 2007.

If you want to bring back the memories of yesteryear or if you want to experience these "historic" games for the first time, you have the chance to do so from today - even on the go with the Nintendo Switch. The price at Amazon is currently 55,99 euros.

Note: On the Amazon product page, the physical version currently says "Available from September 25, 2020". But I know from pre-orderers that their order is already in delivery today. If you are not sure about the delivery dates, you can also buy a download code on the linked product page, which you can then redeem in connection with the Nintendo eShop for the digital version of the game. So you can already play the 3D titles of the Super Mario series today and don't have to wait for mail;)

Nintendo has been celebrating the 35th anniversary of Super Mario since the beginning of the month. As part of this, other titles have already been published that you can play on the hybrid console or on the "Lite" as a handheld console. There are different Mario games for the subscription services NES and SNES; for the SNES app on the Switch also the game collection “Super Mario All-Stars” from 1993. On October 1, another limited title will be released for the Switch and on November 13 there will be a new “Game & Watch” handheld for Collectors. All information and other publications for the anniversary can be found in this post. Check it out.