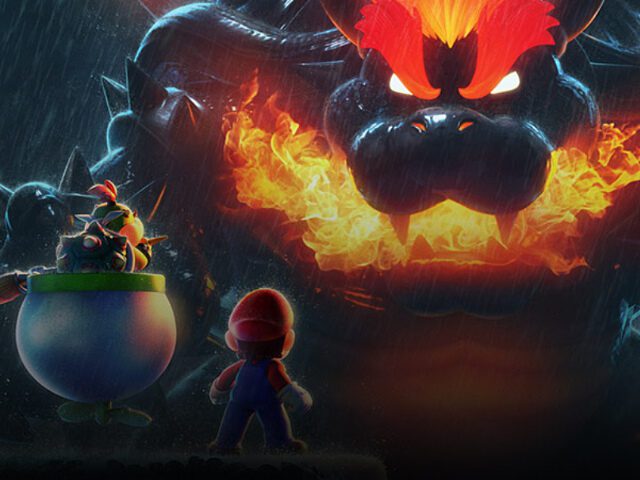 Two adventures in one are available for the Nintendo Switch starting today. With Super Mario World 3D + Bowser's Fury you not only get the remake of a Wii classic, but also additional content on top of it. If you want to play it on your Switch over the weekend, you can via this Amazon product page order with Prime shipping. There are even offers with a Bowser T-shirt in M, L or XL. The bundles, which are also available with fast delivery, can also be found on the linked Amazon page.

Super Mario World 3D + Bowser's Fury is the last game to hit the Nintendo Switch as part of Mario's 35th anniversary. Starting today, you can purchase the Wii remake with additional content.

The remake of “Super Mario World 3D” with the additional content “Bowser's Fury” is the last video game to be released as part of the 35-year festivities all about Nintendo's Italian plumber superhero. The anniversary has been celebrated since September 2020 and has z. B. the collection Super Mario 3D All Stars, a AR version by Mariokart and a modern one Game & Watch spawned. In March 2021, the actions around Mario's 35th birthday will end. At the end you can get the last associated title - if you are fast, you can even play it this weekend;)

Two German trailers for the game

Overview of the game and the new additional content (German, 2:17 minutes):

Information about the game in multiplayer mode (German, 7:12 minutes):

Another anniversary: ​​"The Legend of Zelda" will also be 35 years old

The first game in the "The Legend of Zelda" series, which bore the same name, was released in 1986 for the Nintendo Entertainment System (NES). The series, which has since made its way to a total of 20 platforms, will thus celebrate its 2021th anniversary in 35. New games, remakes or remasters as well as other surprises are also expected for the anniversary. Already in 2019 there was a 3D remake of the Game Boy classic "The Legend of Zelda: Link's Awakening". For this year, however, the continuation of the game "The Legend of Zelda: Breath of the Wild" released in 2017 with the Nintendo Switch is expected.