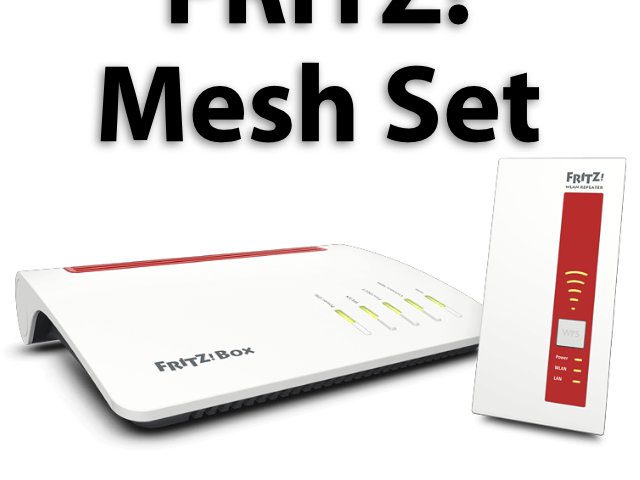 One of the leading providers of Internet routers in Germany, AVM, now also offers a mesh bundle in its FRITZ! Portfolio, which is made up of the FRITZ! 7590 and the FRITZ! WLAN Repeater 1750E consists. The wireless network is set up with the router and passed on to the house or apartment via the flexible additional device. The communication of the two elements of the FRITZ! Mesh set can be implemented via WLAN (wireless) or LAN (Ethernet cable). The FRITZ Mesh Set is available for an RRP of 299,00 euros. 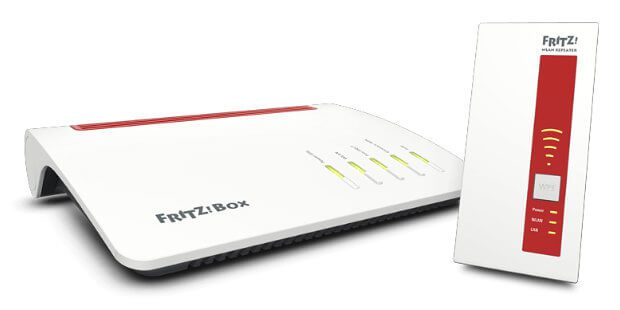 The AVM FRITZ! Mesh Set consists of the FRITZ! Box 7590 and the FRITZ! WLAN Repeater 1750E. Details on price, individual purchase and DECT can be found here.

The FRITZ! Mesh Set consists of the FRITZ! Box 7590 and the FRITZ! WLAN Repeater 1750E. Together, the two devices ensure that the WLAN is spread more widely in the apartment or house, office or other facility than with just a base station. The location for the transmission of the radio signals can be selected relatively flexibly; only a socket needs to be available. If the location where the WLAN is to be provided is already at the limit of the wireless area around the router, the repeater can also be powered by cable via the LAN connection.

Comparison: Bundle price vs. individual prices of the 7590 and 1750E

You can currently find the FRITZ! Mesh set almost exclusively for 299,00 euros. Only a few bargain dealers offer the bundle for the extended wireless network for 289,00 euros. The individual prices of the two AVM devices included in it are 234,95 euros (Germany version) and 255,00 euros (Austria and Switzerland) for the router; and 64,99 euros (German-speaking) or 90,87 euros (international) for the repeater unit. This makes a total of 299,94 euros for customers in Germany. Ergo: no significant savings.

The set does not result in too great a financial advantage. That's why I would almost tend to buy it individually. You can return a single device if you don't like it or it doesn't work, or you can make individual warranty claims if errors, failures or malfunctions occur during the warranty period.

Counselor: Sharing WiFi with neighbors and friends - that should be noted

If you not only want to set up the WLAN with AVM devices at home, but also want to use the manufacturer's DECT radio for telephones, smart homes and the like, you have to compromise on the set. Because the repeater is neither made for DECT nor is a corresponding repeater included with the mesh offer. Even the choice for customers between a set with two and one with three devices would certainly have been possible. For example with the AVM FRITZ! DECT Repeater 100 (here for 71,90 euros) as the third unit. A DECT repeater can be useful if, for example, you have the FRITZ! DECT 210 Smart Home socket want to use.