Today I updated my Mac to Parallels Desktop 13, which was just that published a few days ago has been. Unfortunately, I was a bit hasty, because - as was the case with the update to version 12, by the way - after the update, my printer no longer works. The problem that arises is that the printer is no longer responding and is obviously no longer recognized by Windows. Instead, the "Use printer offline" function is activated, which unfortunately doesn't really help me. You can find an example of the error message in the following screenshot. 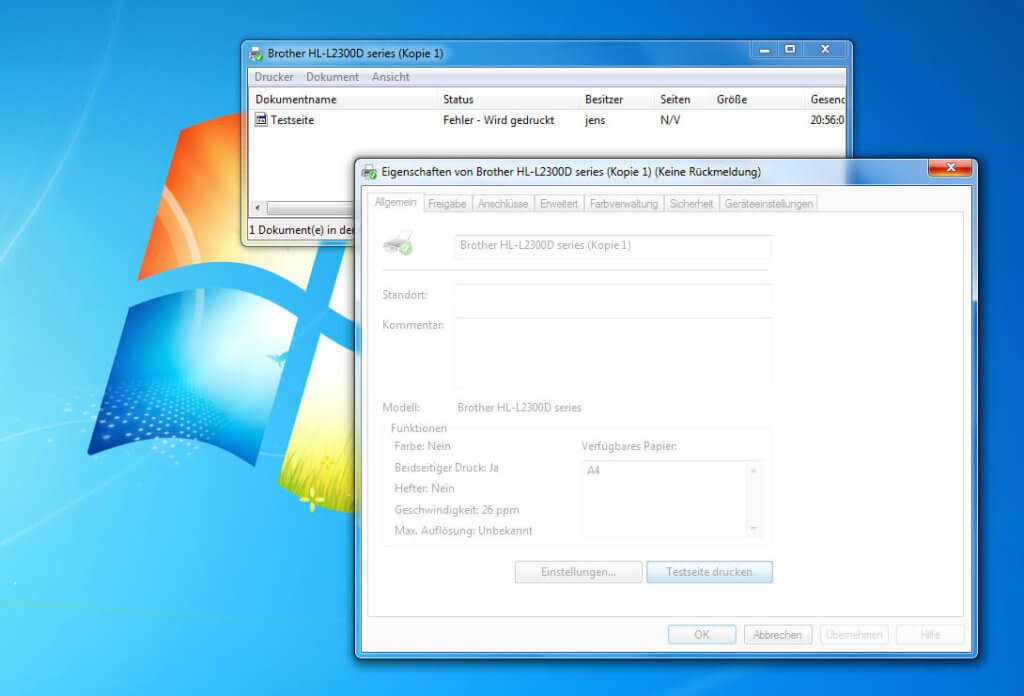 After updating to Parallels Desktop 13, my Windows 7 can no longer find any printer and every print fails with an error message and the comment "No response".

The only solution is probably a bug fix from Parallels

I really tried a lot to get the printer working again:

Well, I already know the whole game because I went through it in the last major update. About a year ago I updated my parallel desktop to version 12 and at that time there were also problems with the printer that would not print. At that time I had various sessions with a program similar to TeamViewer, in which a Parallels support employee tried for over 2 hours (in total) to fix the problem. But unfortunately it was also unsuccessful.

In the end, it didn't work again until Parallels released the first bug fix after a week or two. But two weeks is a long time when you have all your accounting under Windows running on Parallels Desktop and you are not able to print a single invoice.

My solution: Get backups from Time Machine

I don't have the nerve to wait for the next Parallels update and have tried my Time Machine backup. From this I am currently fetching the old "Parallels Desktop.app" from "Programs" and the corresponding file, which represents the Windows drive, so to speak. This can usually be found in the "Documents" folder under "Parallels".

Restoring the backup via Time Machine takes a good 2 hours.

Unfortunately, restoring via Time Machine takes me a full 2 ​​hours because the file is almost 200 GB. I will take it as a lesson that the next time I update, I prefer to backup a copy of the files to an external hard drive before starting the update.

And I hope Parallels gets lots and lots of bug reports so that next time they might try it out better before they give it out to the users.