Beboncool controller for the Nintendo Switch - my pick for KW21

The Nintendo Switch my daughter is a real, little miracle thing: insanely good graphics, a good display and a handy design. The only drawback that the Switch for adults has are the tiny controllers that you have to play with.

At Mario barth 8 I was so often desperate because my fat fingers just didn't want to hit the right keys that I decided that a dad controller has to be found with which I will at least have a spark of a chance. 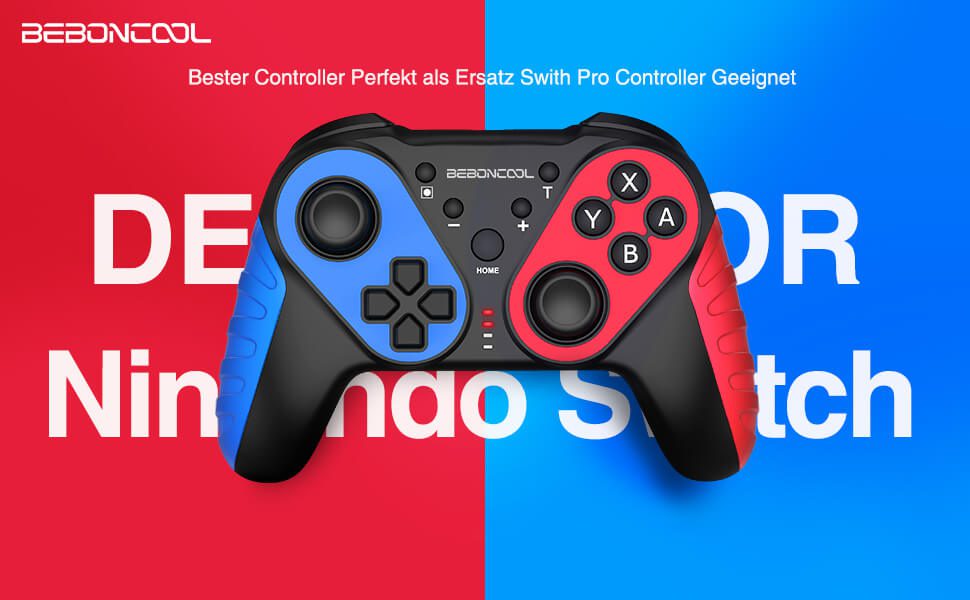 For me, the Beboncool Switch Controller is much more ergonomic than the little Joy-Cons that come with the Nintendo Switch (Photo: Amazon).

So after I had finished twelfth of twelve in the Switch race again, I started looking for it on Amazon. I quickly found the two options offered by previous buyers: the original Nintendo controller with the name "Nintendo Switch per controller“And then there were loads of third-party controllers.

At around 45 euros, the original was a bit too expensive for me, so I looked around at the alternative controllers for the Switch. I usually choose a product that already has a lot of reviews, but the reviews still don't look like bought. 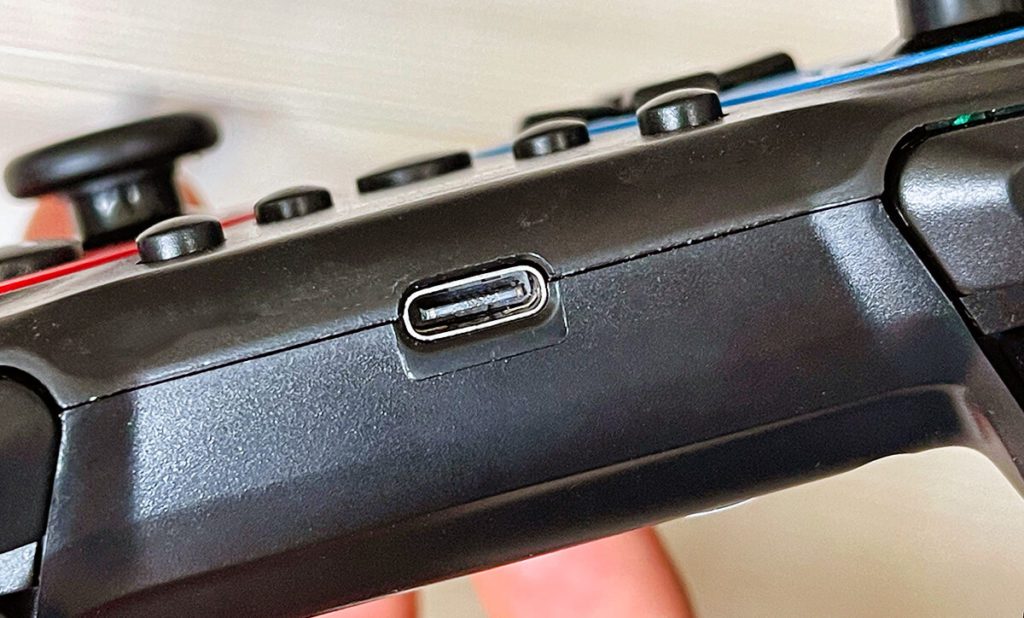 It is nice that the switch controller can also be charged via USB-C. I'm gradually trying to switch everything to USB-C, but unfortunately a few devices still have Micro-USB as a charging port.

It is nice that the switch controller can also be charged via USB-C. I'm gradually trying to switch everything to USB-C, but unfortunately a few devices still have Micro-USB as a charging port.

After all, I'm with the Beboncool controller landed. With a price under 30 euros, it was within the budget I had set myself and it also convinced me with a customer review in which someone wrote that the controller was really BIG.

So the good piece was ordered directly and landed at my doorstep less than 24 hours later. 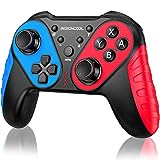 There are actually two important points that were decisive for me: the controller is suitable for large adult hands and it is wireless. However, it has a few more technical details to offer: 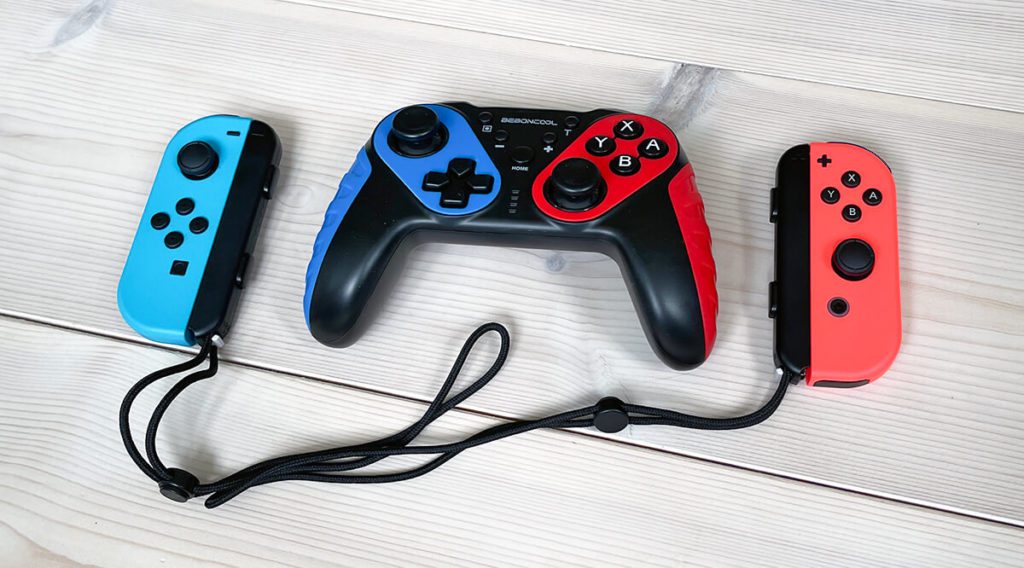 The Beboncool Switch Controller is significantly larger than the game knobs that stick to the Switch - perfect for my hands (Photo: Sir Apfelot).

Connect the controller to the switch

After that was done, the switch also found the controller. So the correct way is like this:

If the connection works, but the character pulls in one direction, then either the gyroscope control is activated or you have to calibrate the controller - and this is how it works: 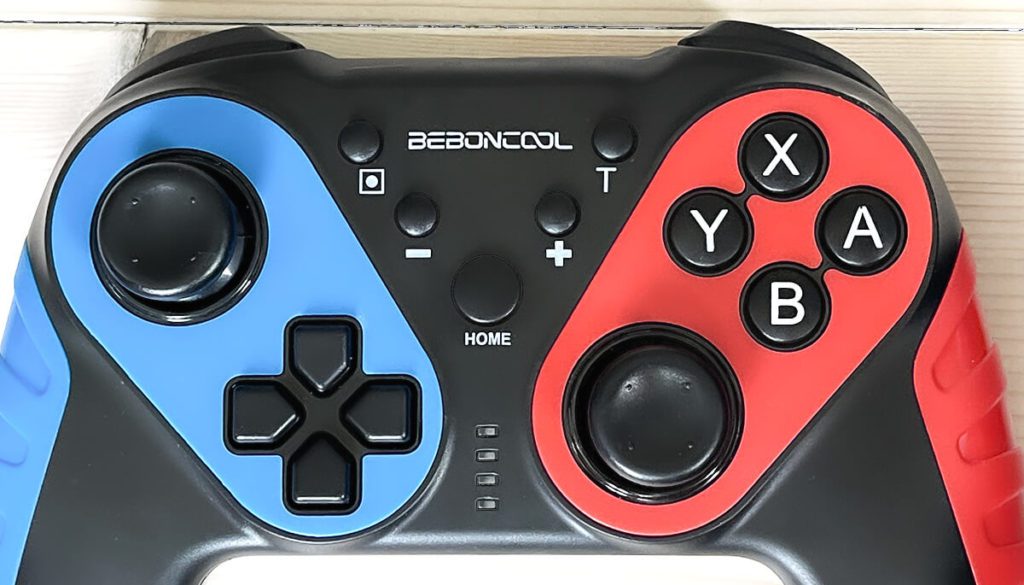 There are a lot of buttons on the switch controller that I don't use at all. But all of them are very easy to use and work reliably.

My conclusion on the Beboncool switch controller

I thought it was a good investment for my hands to buy this controller. It's nice and big and you can hold it much longer without cramping up than the small Futzelcontroller that comes with the Switch. There was also a large controller, but my daughter had forgotten it at her mother's, which is why I bought my own controller.

The workmanship of the controller is also very good: it is really robust, the joystick and the D-pad are easy to use and all other buttons also work flawlessly. I haven't tried the special functions for screenshot and turbo fire, but they could be quite helpful for first-person shooters and communicative people.

I also find it positive that you can charge the controller with any USB-C cable. One is also included, but you can find these things in every corner of my office.

If you also want to duel with your kids on the Nintendo Switch and get cramps in your hands from the small original controllers, then I can warmly recommend the Beboncool controller as an alternative. The many good reviews on Amazon are safe not all bought. ;-)