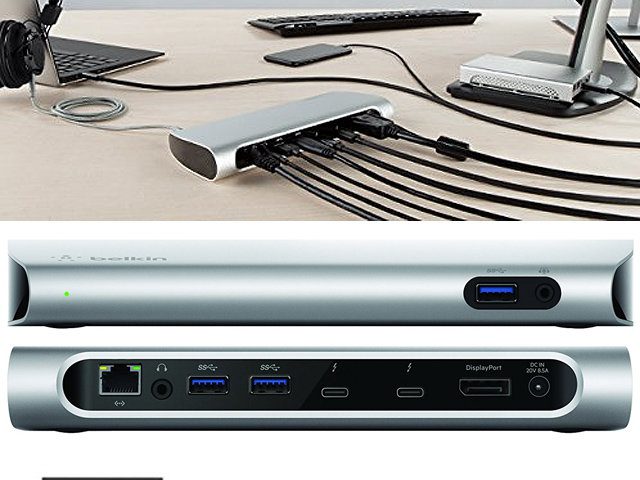 The Belkin Thunderbolt 3 Express Docking Station is equipped with a 1 meter Thunderbolt 3 cable and should ensure ideal compatibility with the Apple MacBook Pro. With DisplayPort, two USB-C ports, three USB-A 3.0 ports, two audio ports and one Gigabit Ethernet, a large number of devices can be plugged into the Apple notebook. On the new MacBook Pro with Kaby Lake processor, the Belkin Thunderbolt 3 Express Docking Station Can work real miracles - it currently is Can be pre-ordered at Amazon.

The new Belkin gadget that offers a complete solution for the MacBook Pro from Apple, will be officially launched on July 5, 2017. In addition to the connection of two 4K monitors, there are many other peripheral options. The individual technical details of the Belkin Thunderbolt 3 Express Docking Station provide information about this: 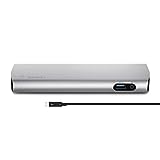 Belkin Thunderbolt 3 Dock for the Apple MacBook Pro
The Belkin Thunderbolt 3 Express Docking Station with 1 m USB-C cable for data transfer and charging of the Apple MacBook Pro 2017 is ideal for the use of two 4K monitors and other peripherals. The article will be released on July 5th, 2017. Pre-order now and secure the pre-order price guarantee.
349,99 EUR
Buy it at Amazon Price includes VAT, plus shipping costs (updated: 24.01.2022 at 14: 30 clock)

The price guarantee from Amazon is well meant, but I think it will hardly be more expensive than 350 EUR. : D

If you look through the customer ratings on Amazon, then don't be surprised that it has such mixed ratings. These refer to the old model with Thunderbolt 2. The new one is not yet available and has no ratings yet.

Our reader Julian Mielke is already using the Thunderbolt 3 Hub and said this in a comment: