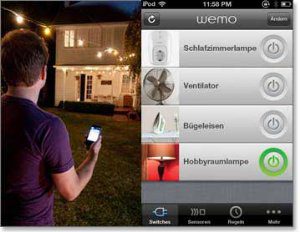 With the Belkin Wemo app, devices can be easily switched on and off via the mobile Internet (Photo: Amazon).

First of all: The Belkin Wemo Home Automation ([house control-> house control]) is only possible via an iOS app. So if you are on the go with Android, you can safely turn the pages here. The topic should be interesting for everyone else, because [Belkin-> belkin] offers a solution that not only enables remote control from the WLAN, but also via the mobile Internet, which you can use with your iPhone or iPad Has.

The Wemo socket switches are integrated into the existing house WLAN and can then be operated via the Wemo app on any iOS device. From my point of view, it is interesting that you do not set up an additional radio network, as is the case, for example, with the [Fritz! Dect 200 socket-> fritz-dect-200]. This works with the DECT signal and can only be used if you also have a DECT-capable Fritz! Box at home.

Expansion of functionality with the Wemo Motion motion detector

In addition to the switchable iPhone sockets (as I call them now), Belkin also has a motion sensor that can also be built into the "rules". This can be used, for example, to generate a rule on the iPhone such as "If movement is registered in the hallway, switch on the television". It remains to be seen whether this is a sensible rule, but it makes clear what is possible with it.

You can also program times to activate or deactivate loads connected to the socket at certain switch-on and switch-off times. Overall, the system is very flexible and you can distribute as many Wemo sockets as you want in the house.

It is also possible to switch multiple sockets on and off at the same time. This may also be helpful for certain purposes. The requirement for use is the use of a [Wifi router-> wlan] and an Apple device that runs with iOS 5 or higher.

The two Belkin devices for [home automation-> home automation] can be found on Amazon, for example. There the simple Wemo socket costs just under 50 EUR and the model with motion sensor just under 100 EUR. 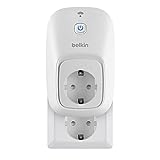 637 Reviews
Belkin Wemo Home Automation Switch
This switch is a switchable socket without the motion sensor.
Buy it at Amazon Price includes VAT, plus shipping costs (updated: 17.05.2022 at 13: 48 clock) 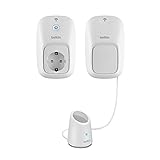 Belkin Wemo Home Automation Bundle Switch and Motion Sensor
This bundle from Belkin combines a switch and a motion sensor that can be hung from any power outlet with a 1,8 meter long cable.
Buy it at Amazon Price includes VAT, plus shipping costs (updated: 17.05.2022 at 13: 48 clock)

I also find the option of adding a photo to all devices that are switched in the app particularly stylish. So you have the consumer right in front of your eyes and don't have to think about which lamp it is, for example.