It's funny. Whenever a new iPhone model comes onto the market, there are some "gates" ... what was the #antennagate years ago is the #bendgate with the iPhone 6. This means that the iPhone 6 plus bends when you carry it in your pocket. The actual "bending" probably only occurs when you sit down ... interestingly, both in the back pocket and in the front pocket of trousers.

A little quote (translated) from the Forum by MacRumorswhich explains what the problem is:

I received my iPhone 6 Plus 64 GB in space gray around 15 p.m. on Friday and put it on, but not carried it, so it wasn't in my pocket that day.

Yesterday I left the house around 10 a.m. with my iPhone in the left front pocket of my pants. I drove 4 hours to a wedding, which also meant that I sat a lot, at lunch, etc. as well as 2-3 hours of dancing. I left the wedding at 2 a.m. to go to sleep and drove home again for 4 hours.

In total, that was 6 plus than 18 hours in my pocket, most of which I sat.

When I put it on the coffee table and sat down on the sofa to relax from the long drive (yes, sit again!), I saw the reflections of the window on the iPhone, which were slightly distorted. Now I laid it flat on the table by one edge and looked more closely.

User Hanzoh posted this photo in the forum. It shows that his iPhone 6 plus is slightly bent.

Now you can of course argue whether you should put the [iPhone Phablet-> phablet] in a pocket or not, whether Apple produced scrap or whether the user has an extremely tight pocket. I don't want to allow myself to judge as long as there are no major reports from more people. So far, even if there are a few hundred people, it is an extremely small amount compared to the amount of iPhones that have been sold in the last few days.

However, I have no concerns about Apple's service. I am sure that those affected by #bendgate can have their iPhone 6 exchanged in the Apple Store without much bureaucracy. That was always the case with previous #gates and will certainly not be a problem in this case either.

If you look at the photos that are circulating on the net, it seems as if the kink is relatively exactly where the slot for the SIM card is. Here the aluminum was of course milled out and accordingly there is less resistance when you bend the device. A "predetermined breaking point" or "predetermined bending point", so to speak. Although I would use the word "should" from a physical point of view, because I don't think Apple thought that something would bend there soll. :)

Numerous funny photos have also made the hashtag on Twitter bentgate. Here's an example: 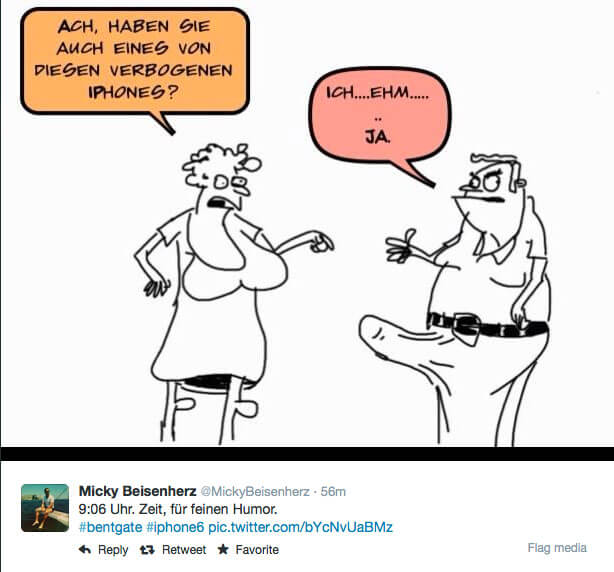 And with the popular Blendtec iPhone shredder video "Will it blend?" of the iPhone 6 it will probably be called this time "Will it bend?" 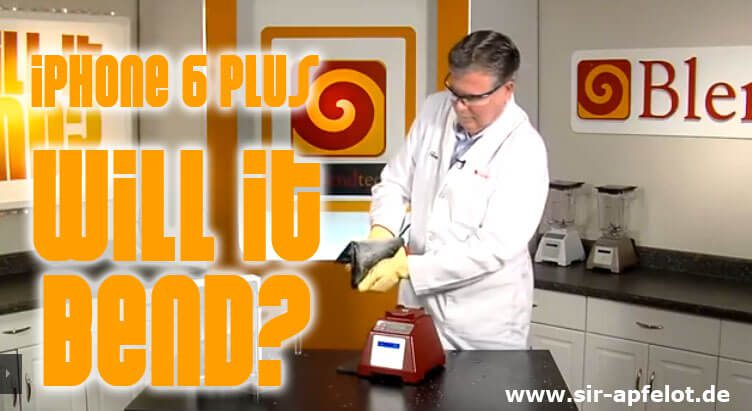 The iPhone 6 test from BlendTec: Will it bend?!?