The best space films of all time: films set in space 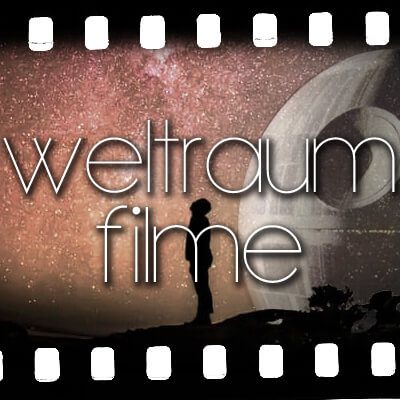 The list of the best space films, i.e. films that take place in space, does not only include Star Wars or Star Trek, but also and above all the film, which optically and in terms of the extent of the effects paved the way for these in the first place; namely 2001: Odyssee im Weltraum. The genre of space films can also be stretched to include films with aliens on Earth such as District 9 or Independence Day also count among them. Then there are such crazy films as Heavy Metal und natürlich Spaceballs. I once put together a list of the best space films for you.

The best space films of the 20th and 21st centuries (until 2017) can be found in this article. Is there still one missing? Then leave a comment!

If I propose that this Stanley Kubrick film is perhaps the best film in space, then you have to look at the background here too. Because when the film was made (1965 to 1968) there were still no people in space, the moon landing was just being planned. And so you had to rely on scientific data and assumptions for the recordings. In the end, a classic came out with as much authenticity as the facts at the time could only allow. And 2001: Odyssee im Weltraum (IMDb) has also been a lasting inspiration for George Lucas and Steven Spielberg.

Star Wars: space films from a galaxy far, far away

Meanwhile the third trilogy is in progress, the penultimate one for the time being Star Wars Part VIII will hit the cinemas in December 2017 - just in time to get DVD boxes, Blu-Ray boxes and lots of merchandise under the trees for Christmas. Part IX, as the conclusion of the third trilogy, should not come to the cinema until 2019. If you can't or don't want to wait until then, you should take a look at these two Star Wars boxes and the one-off from Episode VII:

Star Trek: Originals and New Films on DVD and Blu-Ray

I don't want to talk shop for long here. If you don't know Star Trek, you should put Tele 5 on your channel list;) At this point I would just like to give you the original 10 Star Trek films in one box as well as the new Star Trek movies on DVD, Blu-Ray and / or stream show:

After these big films that are set in space and that everyone knows (at least from hearsay), I would like to make a chronological classification for the other space films. First of all, the films that were released up to 1999 should come into play. Then come those since 2000; in between the alien row. So here are the best space films of the 20th century:

Alien: a film series that connects the centuries

Not only the Stanley Kubrick film, which I praised further up in the sky (haha), has had a great influence on the genre of sci-fi and space films in the last century. Alien from 1979 and the many sequels to this day (the next Alien film will be released in May 2017) contribute to ideas about extraterrestrial life. Here I have also listed the currently available films and the trailer for Alien: Covenant packed in addition:

Warning: the trailer for the new Alien part, which will be released in May 2017, is not for the faint of heart. It's a somewhat bloody thriller, partly shot in New Zealand and, according to the trailer, in some pictures reminiscent of the odyssey in space:

Space and Alien Films of the 21st Century

Here I would like to collect films that not only take place in space, but also on earth, but with extraterrestrial life. Actually, you could do another division into the 2000s and 2010s, because the technical possibilities, the graphic preparation and the topics have changed again over the decade - currently Mars missions and rescues from space are in vogue ... like that too be, here the mentioned list:

A lot of new space films have already been announced for 2017 that you can watch in the cinema. Among them is the film, for example Life with Jake Gyllenhaal. There is also the new part of Alien - with Ridley Scott as director, of course. It will also be the second part of Guardians of the Galaxy (IMDb) give; but I deliberately left out the superhero films from the whole list in this article, otherwise it would probably have run wild.

How do you see it, have I forgotten an important film or an important franchise? Which is your favorite space film? My all time favorites are 2001: Odyssee im Weltraum, Heavy Metal and The Martian ;)
-