BGH judgment: Liability for interference with open WLAN networks in Germany off the table 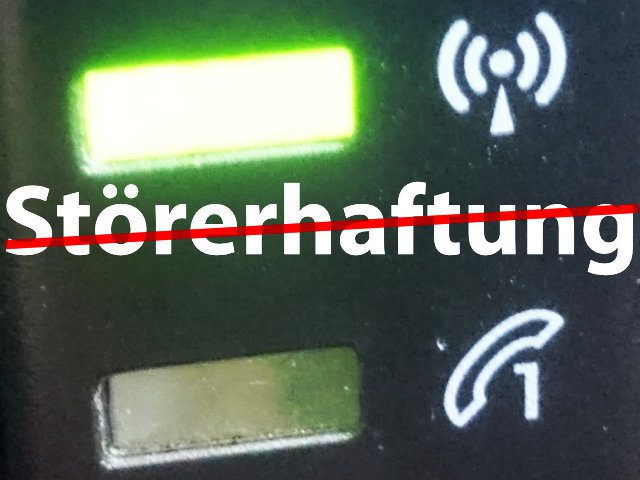 The so-called "interference liability", ie the liability of WLAN operators for illegal activities by third parties, is now a thing of the past, according to a ruling by the Federal Court of Justice (BGH). On Thursday, July 26, 2018, a judgment was made in the relevant case, stating that the invalidation of the liability for interference, which had already been resolved on October 13, 2017, should now be applied. At the end of last week and over the weekend there were several reports with different approaches to the topic. I would like to take up two in this article.

The BGH judgment of July 26, 2018 overturns the liability for interference for providers of Internet and WLAN spots. However, the decision of the 1st Civil Senate of the Federal Court of Justice raises new questions and problems.

Decision by the Federal Court of Justice on liability for interference

The "liability for interference" describes the liability of the owner of an Internet connection (and their open or shared WLAN network) for criminal offenses such as copyright infringement (file sharing, illegal download of films, series, music, unlicensed software downloads, etc.). In the past, this liability was usually assigned to the owner of the internet connection - regardless of the actual user who committed the crime. Whether a neighbor, an overnight guest, someone who cracked the WLAN password, or the like did not matter.

With the abolition of the "liability for interference", the matter tends to be viewed in a more differentiated manner. After the amendment of the Telemedia Act and the corresponding application of the law last year, the Federal Court of Justice has now cleared the way for WLAN operators not to be used per se for offenses that were made via their Wifi access. It must first be determined whether another user is responsible for the offense - especially if the operator expresses a suspicion and can point out other users for the time in question.

With the decision made on Thursday, there is now a sigh of relief from those who want to offer open WiFi, guest access or the like - not only private individuals are affected. A long time ago in the city I asked the library why there was no WiFi. The answer was simply "liability for interference". However, it is questionable whether the library will offer an open WLAN for its users according to the current judgment of the 1st Civil Senate of the Federal Court of Justice. Because there are new problems that need to be resolved. More on this below.

Recommended reading: Sharing WiFi with neighbors and friends - that should be noted

In einer Entry iFun will respond to the judgment of the Federal Court of Justice without further evaluation. In addition to quotes from the official document on file number I ZR 64/17 on the facts and decision of the court, there is also an indication that WLAN providers have not been completely taken out of their responsibility. Rights holders could raise a lock claim in the future, it is said. Accordingly, open WLAN access would only be possible with restrictions or conditions.

Instead of liability for interference only new legal uncertainties

Something larger contribution heise online delivers with an analysis of the judgment and its significance for practice. Therein it is positively confirmed that “the BGH has today confirmed the abolition of liability for interference in the operation of WLAN hotspots at the highest level”, but it also addresses the renewed uncertainties that the judgment brings with it.

Because the German Bundestag had in a law paper Although "milder means" of blocking certain websites or online services were addressed as measures against copyright infringement and a general password requirement for hotspots with individual user accounts was rejected - the BGH ignored this and stipulates:

The right to blocking measures is not limited to specific blocking measures and can also include the obligation to register users, encrypt access with a password or - in the worst case - completely block access.

It is not clear which blocking measures have to be implemented by which private, public or commercial WLAN providers. The ruling also means an expansion of possible measures that the Bundestag actually wanted to prevent with the third amendment to the Telemedia Act (TMG). Especially the creation of user accounts and personal passwords, as this entails the administration of data and the obligations that apply to it. It remains to be seen whether and in what form there will be a correction (e.g. after a precedent of several years).

It is true that the great devil called Störerhaftung now seems to be finally banned and this legal hurdle for open WLAN access has been swept off the table. However, the judgment of the 1st Civil Senate of the Federal Court of Justice opens up new areas of speculation that should actually be eliminated with the last change to the TMG. As I said: it remains to be seen whether there will be further explanations, adjustments or clear instructions on the protection of WLAN networks by their operators in the near future, as well as corresponding levels for private individuals, companies, public institutions and the like.