Birthday of the Apple smartphone: 15 years of the iPhone 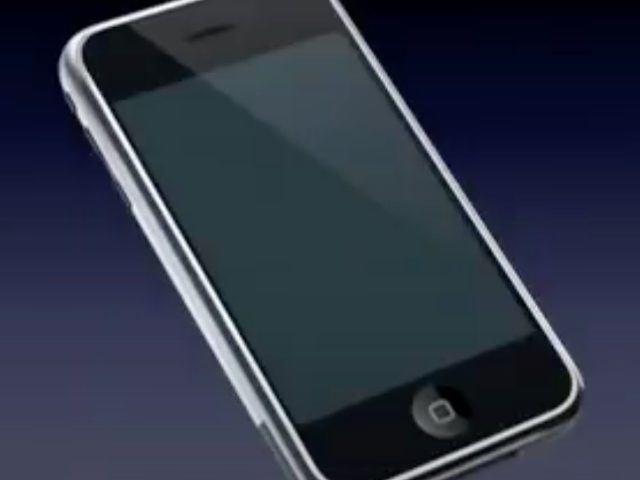 Yesterday 15 years ago, on January 9th, 2007, Steve Jobs introduced the very first iPhone. He announced it at the then Apple in-house exhibition “Macworld Conference & Expo” as a device that combines a touchscreen iPod, a telephone and a new type of Internet communicator. After a few forewords and jokes, the presentation quickly moved on to the actual device, which was presented with a lot of self-praise. Above all, the touchscreen with "multi-touch" but without a stylus as well as the customizable operation in individual apps through various keyboards and other input options were highlighted. In the following you will find more information about the first iPhone and the presentation.

The One Device - book on the "secret" story behind the iPhone

If you are interested in the history of the Apple smartphone, you can read it since 2018 in the book "The One Device". The idea of ​​developing a touchscreen with multi-touch technology to display keyboards on it is said to have existed at Apple as early as 2000. At that time, however, the idea for a tablet came up. From 2004 the iPhone was developed. Three years later, the triumphant advance of mobile phones with full display fronts and touch input began. More background and details from inside the Apple company is available with this link.

Presentation of the first iPhone by Steve Jobs

If you can't do anything with the above and are wondering how the presentation of the first Apple smartphone went, then I can refer you to YouTube. There are videos from the 2007 event. Not only did Jobs say “Who wants a stylus?” That was quoted again and again with the introduction of the Apple Pencil, but also the phrase “And boy, have we patented” after listing the many features of “Multi-Touch” on the iPhone it! ”, which shows that Apple intended to secure its financial success here. I have embedded the corresponding videos for you as follows: