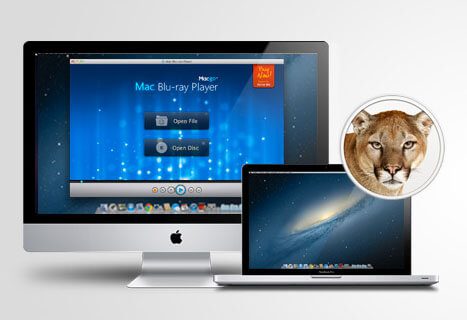 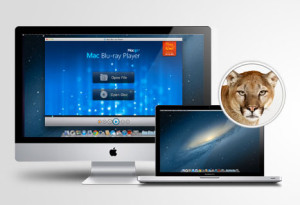 After recently briefly introducing a test winner from the field of Blu-Ray players for the Mac, we would like to mention suitable software for this today. The name may already have come across some, because the player is often praised as a software solution in the press. The product is called "Mac Blu-Ray Player". The MacGo company is responsible for this interesting piece of software that now enables Mac users to watch Blu-Rays. Until the MacGo Blu-Ray player software was released, there was no way to access an external Mac connected [Blu-Ray burner-> blu-ray burner] in order to play a movie.

Who doesn't have one external Blu-Ray burner has, of course, has to buy a device before he can get started. We recommend using either the Samsung SE-506AB or the Sony Optiarc BDX-S600U. Both devices are small and handy - also recommended for owners of a MacBook Air.

The Samsung SE-506AB Blu-Ray burner lives up to the term slimline, because it is not only small and thin, but also does not require an external power supply unit, as it covers its power requirements via the USB port. Samsung has also provided good technology inside, because the player already comes with the option of processing Quad Layer Blu-Rays. A format for which there are not even blanks on the market. The Y-USB cable that comes with the burner is also interesting. So it needs two USB ports. In terms of price, the device is just under 100 EUR. 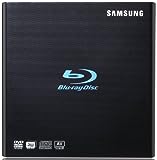 Samsung SE-506AB / TSBD external Blu-Ray burner
The Samsung burner is a little cheaper than the Sony, but offers only 6 times the burning speed for DVD-R media.
Buy it at Amazon Price includes VAT, plus shipping costs (updated: 4.12.2021 at 23: 10 clock)

The Sony Optiarc BDX-S600U burner can also be operated without a power supply unit and gets its power via the USB socket of the Mac. In contrast to the Samsung burner, however, with Sony the cable is connected directly to the device and cannot be detached. On the one hand, this has the advantage that you cannot forget it, but on the other hand, the disadvantage that you cannot simply replace the cable in the event of a cable break. The Sony Optiarc BDX-S600U also works via a Y-USB cable and thus occupies two USB slots on the computer. The price for the device is around 120 EUR.

As is already known, OS X Mountain Lion does not inherently offer the ability to play Blu-Ray media. Even if you have connected an external Blu-Ray player via USB, you still have no software that can play the films. Amazingly, there is only one provider here who has stepped into the breach and offers a program for this. Significantly, this also means "Mac Blu-Ray player"and comes from the company MacGo. Actually there is little to say about the software, because it does what it should: Play Blu Ra films on the Mac. The user interface is very pretty, but in the end the inner values ​​also matter, and so do There is nothing wrong with the program here: it can handle all media formats and it has recently even mastered DTS5.1.